The shoe club hall of fame 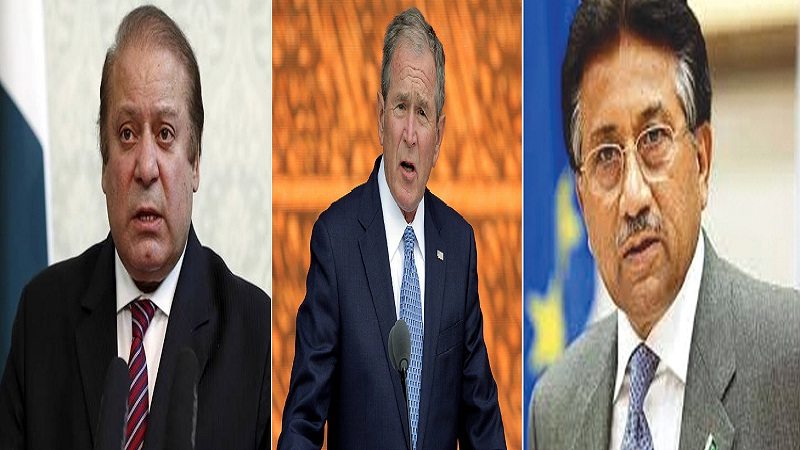 Following the infamous incident of former president of United States (USA) George Walker Bush being targeted by a shoe attack, many others took this step to make their point. Following is the list of politicians who became the target of shoe attacks publicly.

Former prime minister (PM) Nawaz Shairf recently became the target of a shoe attack on 11 March (2018), while he was on a visit to Jamia Naeemia seminary in Garhi Shahu, Lahore.

As he approached the rostrum, one of the individuals from audience threw his shoe at Nawaz that hit him on the chest, but Nawaz remained unhurt. The attacker was caught by the administration, and later on handed over to the police.

During his surprise visit to Baghdad on Dec. 14, 2008 an Iraqi journalist threw his shoes at the president and called him a ‘dog’, however the president managed to dodge the shoe. He made a comment sarcastically that “All I can report is that it’s a size 10.” This incident happened 37 days before the end of his presidency.

This was not a pleasant visit for Dagan at the University of Stockholm on 5 February (2009), when he was giving a speech about the elections and Israel involvement in Gaza. A woman threw her shoe at Dagan that hit him in the chest, following the lady, a man also threw a book at the Ambassador which missed the target. Later the lady asked for her shoe back saying “it was a red Nike shoe”.

Iranian president became the target of shoe attack during his trip to Cairo on 5 February, (2013), when a Syrian man hit the president with thew shoe accusing him of “killing his brothers”.

During the civil war in Syria, Iran being the ally of  Syrian President Bashar al-Assad, aided the government of Syria financially and materially during the Syrian civil war which resulted in deaths of millions of people.

While Wen was busy delivering his speech at the Cambridge University’s concert hall, on  2, February (2009), a university researcher Martin Jahnke attacked him with the shoe. Martin stood up from the crowd saying: “How can this university prostitute itself with this dictator here? How can you listen to the lies he is telling? Stand up and protest.”

The shoe landed not even close to Wen and he continued his speech, however the attacker made his point either with the shoe or his words.

One of the members of a group of lawyers who were protesting against Musharraf in Sindh High Court threw a shoe at former president on 29, March (2013) saying that “He’s a dictator and he should be hanged.”

During a sports event, Ma Ying-Jeou encountered a shoe thrown by a protester on 19 October (2013). It was not the first time that a politician was attacked by a shoe. During his tenure multiple number of shoes were thrown at the president as a result of which the Taiwanese government spent $16,000 to buy 149 shoe catching nets to protect the president.