Cohesive rules and regulations to curb malpractices in all forms have sent chills down the spine of all those "tigers and flies" indulging in abuse of power, bribery, money-laundering, embezzlement, kickbacks and other fraudulent dealings.

Fresh anti-graft law and National Supervision Commission are all set to go a long way towards improving law-based economic, political and social systems to shape up clean governance and corruption-free China.

After many overhauls and feats, legal breakthrough has exploitable potential to materialize Chinese President Xi Jinping’s thought of democratic socialism with Chinese characteristics in modern era which is highly responsible, accountable and deliverable to common man.  Cohesive rules and regulations to curb malpractices in all forms have sent chills down spine of all those “tigers and flies” indulged in power abuse, bribery, money-laundering, embezzlement, kickbacks and other fraudulent dealings. In the backdrop of harsher punishments, corrupt elements will have no other way but to shape up and ship out.Being an important agenda in two sessions “NPC and CPPCC” in March 2018, unified anti-graft mechanism seems to be so fatal to lend any mercy to anyone even on petty corruption.

To me focus on small-scale corruption is very vital. This minor evil increases economic inequality by siphoning resources away from poorer families. It forms the basis of larger and systematic corruption. Once it is played down considering it minor, mega corruption makes its inroad everywhere that impacts the poor the most and also the government institutions and functioning. According to the Transparency Internationals, the petty corruption amounted to be £ 554 million globally. As no one is spared, foreign businessmen if found guilty in doing unlawful means will have to face music. The GSK case is a clear manifestation of rule of law in which company was fined three billion yuan (US$488 million) recently.

The quality of upcoming law and supervisory organization is that public owns the initiatives. In the contours of anti-corruption law, public opinions have been welcomed in line with guidelines of leadership. This qualifies it as widely acceptable, effective and result-oriented strategic deterrence. Last year public views were sought with open arms during drafting of bill in December 2017.

New whistle-blowing arrangement bolstered by innovative techniques and methods will put far reaching effects on the fate of China. It will determine iron resolve of Communist party, NPC, CPPCC to get rid of corruption mafia.

In comparison to previous one, anti-graft legislation is comprehensive and vast in its functions and sways. It applies to all public officers, including civil servants and those working for public schools and medical institutes. Recently 31 provinces, municipalities and autonomous regions elected directors of their supervisory commissions. Bringing more public officers under supervision set the crucial tone. Example of two million public officers who are now under supervision in central Henan province against 908,000 before the legal reform tells real story. 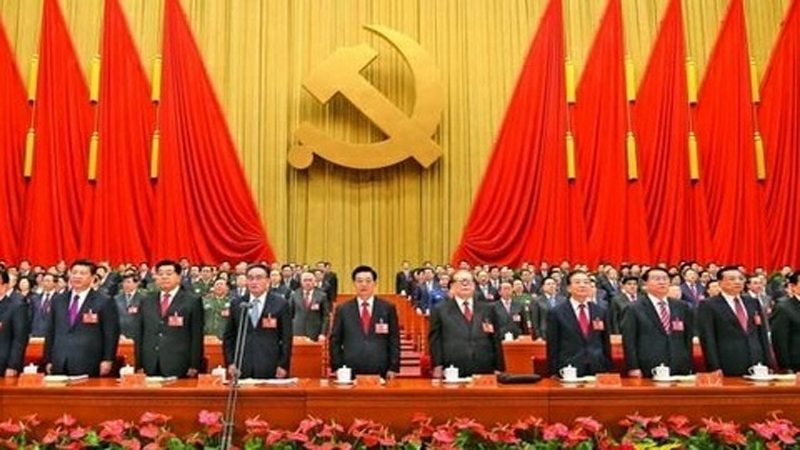 Ma Huaide, vice president of China University of Political Science and Law praised the legislative actions saying setting up commissions at provincial, city and county levels with powers on test basis is a sold foundation to establish national supervisory commission.

Unified facelift will also help combine Party’s leadership, the people’s participation and the rule of law to root out corruption in totality.

Earlier, anti-corruption system had been working in separate state of form with various departments and segregated powers. The new commission will put together the anti-corruption powers of bodies including the CCDI, the State Council’s Ministry of Supervision, the Supreme People’s Procuratorate’s anti-corruption bureau and the National Audit Office. Enjoying more independence, operating parallel to the cabinet, legislature and Supreme Court, new regulator will keep cleanup momentum to new heights.

Enforcing transparency, new overseeing system looks to be innovative with new style of investigation against suspects.  Truly speaking, it gives detainee a fair chance to access to lawyers to plead not guilty. Due to fairness, it is being equated with Hong Kong’s Independent Commission Against Corruption (ICAC), which earns fame of establishing clean governance in the city for more than four decades.

After President Xi Jinping said in his work report to the communist Party’s national congress that interrogation practice of shuanggui was replaced with liuzhi, or “detention”, supervisory commission being operated as pilot project in some provinces is on a roll.

Officials activating pilot liuzhi programmes in Zhejiang and Shanxi provinces since March claimed that corruption suspects were fairly treated. Zhejiang anti-corruption chief Liu Jianchao held a view that supervisory officials and police officers collaborate with one another to check overstepping of authority and power. “The suspect may meet a lawyer after the case is handed over to the judiciary,” he said and added that liuzhi would be put into action in case subjects were alleged in criminal violations.

Emerging anti-graft system is definitely a success story as it is the continuation of anti-corruption drive propelled by revolutionary Xi Jinping after he assumed charge in 2012. under Xi’s leadership in the past five years, China has experienced a grand purge of corrupt officials from military to party bigwigs and later business figures of both state-owned and private companies.

In the words of Zhi Zhenfeng, a legal expert at the Chinese Academy of Social Sciences in Beijing, “It will not only monitor officials at all levels — province, city and county – but also the National People’s Congress and public security organs. Thus, it will ignite overall CPC self-discipline.”

Observing data of ensnaring nearly 1.5 million party members in the past five years, sole graft watchdog will make a difference. “Don’t underestimate the significance of new body and law,” says Jessica Batke, who covered China for the U.S. State Department and now writes on China’s leadership for the Hoover Institution. Set of legal reforms will bestow more freedoms to ordinary people, while drawing red lines and creating harsher punishments for those who cross them, Batke said.

Legal Experts say that Xi is codifying previously informal restrictions, or campaigns like the anti-corruption drive in a bid to enforce central control.

“What Xi strives to perform is to centralize power in order to exert that power over China’s unruly bureaucracy,” said Carl Minzer, a Chinese law expert at Fordham Law School in New York.

In the words of Zhi Zhenfeng, a legal expert at the Chinese Academy of Social Sciences in Beijing, “It will not only monitor officials at all levels – province, city and county – but also the National People’s Congress and public security organs. Thus, it will ignite overall CPC self-discipline.”

The writer is a senior journalist who writes about economy, international relation and human rights. He is a fellow of ICFJ and is a recipient of China-friendly Netizen 2017 award. E-mail:  yaseerkhan@hotmail.com. He tweets @yasirkhann