* Spokesperson confirms that the attendant has been suspended from duty 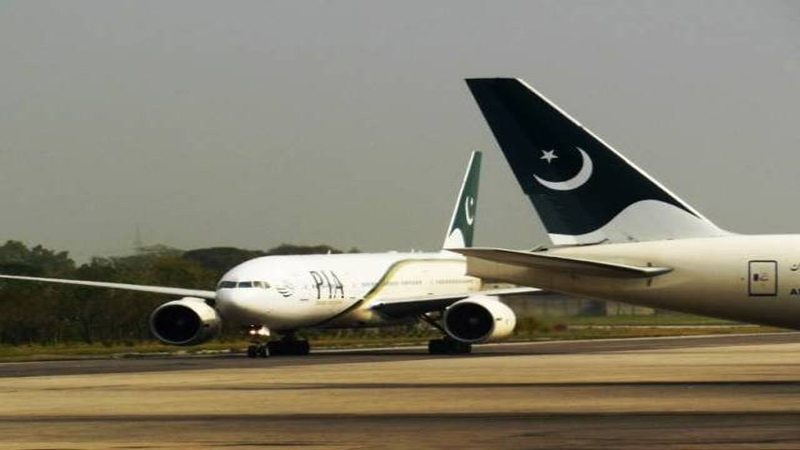 ISLAMABAD: A flight attendant of the Pakistan International Airlines (PIA) was detained in Paris, France after authorities seized contraband (illegal drugs) from his possession.

French authorities detained flight attendant Tanvir Gulzar after he was allegedly found in possession of contraband on the flagship carrier’s flight PK-749 in Paris which flew from Islamabad.

Following the incident, a spokesperson of the PIA confirmed that the attendant in question has been suspended from duty.

Expressing shock over how the attendant was able to carry the contraband despite security checks, the spokesperson said he was not sure whether the French authorities would penalise the attendant in their country or deport him.

The airline would dismiss the accused if charges levelled against him were proven, the spokesperson said.

He added that security checking was not the responsibility of the airline.

The authorities did not reveal the quantity of the narcotics discovered.

Gulzar has been suspended for an indefinite period and an investigation in the incident is underway.

In case the allegations are proven, Gulzar may face termination.

Such an incident is not a novelty for PIA, which is already plagued by financial woes.

In May 2017, 20 kilogrammes of contraband was seized from a London-bound flight of the national carrier. The drugs were found by the PIA’s vigilance team concealed in the catering galley of PK-785.

Although the plane was cleared to fly to London, the smuggler remained unidentified.

Prior to that, heroin concealed in packets was seized from a PIA flight in an intelligence-based operation carried out by the United Kingdom’s National Crime Agency at London’s Heathrow Airport.

Customs officials who investigated the discovery of narcotics, seized in London, believed the heroin was hidden in the plane while it was in Karachi.

In a report the authority shared last year, the authority said to have conducted simultaneous operations in Rawalpindi, Lahore and Karachi to bust the drug cartel, unearthing four major cases of drug trafficking in PIA planes.

The ANF made arrests at the airports, leading to information about airline industry’s staff being recruited and facilitated to transport the drug packages in and out of the airports.

During the course of investigation, different airport departments as well as stakeholders were approached, which included PIA, Civil Aviation Authority, Airport Security Force and other airport service providers.

More than 100 staff members were interviewed or interrogated, and thorough scanning of all available data was evaluated.