Meddling with the mandate

Pakistan needs a consolidated law on occupational safety and health. However, the process needs to be spearheaded by an institution which has the mandate and expertise to do it

The 18th Constitutional Amendment 2010, while deleting the concurrent legislative list and amending federal legislative lists, transferred all social subjects to the provinces. 17 ministries, dealing with the subjects of labour, social welfare, youth, women, education, etc, were devolved. Some of these were reinstituted, within a year of devolution, with different nomenclatures when the federal government realised the folly of transferring social subjects to the provinces without any oversight role. Formation of these new ministries was necessitated by the need to coordinate with the provinces and report on international conventions and covenants that were signed and ratified by the state.

The obvious impact of devolution was the loss of capacity and institutional memory at the federal level. Though the provinces got more funds under the 7th NFC award, they also lacked (and still do) the capacity to deliver on social subjects. Another aspect, much less discussed and debated, is that the availability of an open and uncaptured space also led to the emergence of predators vying to seize the opportunity and make a name for themselves. These predators are various federal government institutions, trying to take on the role of other sluggish and lethargic institutions (prey). One such example of prey is the erstwhile Ministry of Labour and Manpower. After devolution, it was reconstituted as Ministry of Overseas Pakistanis and Human Resource Development (OP&HRD). However, its jurisdiction is constantly under encroachment by other federal government institutions like Ministry of Human Rights (remember, labour rights are human rights). One recent example of such erosion of Ministry’s mandate is the initiative undertaken by the Ministry of Planning, Development and Reforms (PD&R) to review Occupational Health and Safety Act 2018, as directed by the Prime Minister. Interestingly, PD&R is doing it in the name of sustainable development goals (SDGs) for which it is the focal ministry in the government. The SDGs have already been adopted as the national development goals by the Parliament. The Planning Commission is working to integrate these into the next five-year plan (2018-23).

Ministry of Planning Development and Reforms can do a lot to promote workplace safety in Pakistan. However, it does not mean that it should start working on labour legislation since a separate entity, Ministry of Overseas Pakistanis and Human Resource Development exists for this purpose

Of the more than 40 federal government divisions, OP&HRD is the only division which is not represented in the Public Sector Development Program (PSDP). And this has been the case since the reinstitution of former ministry of labour under the new nomenclature (2011 onward). As touted by the PD&R, PSDP is the instrument for the public resource allocation to pursue socio-economic targets and goals set by the government. Isn’t it intriguing that of the nearly one trillion budget every year, OP&HRD and PD&R could not agree on anything to work in the last six years which could make the attainment of fundamental rights for the 61-million labour force easier in the country?

Pakistan does need a consolidated law on occupational safety and health. However, the process needs to be spearheaded by the institution which has the mandate and expertise to do it. The mandate and business among federal government ministries and divisions are prescribed through the Rules of Business. 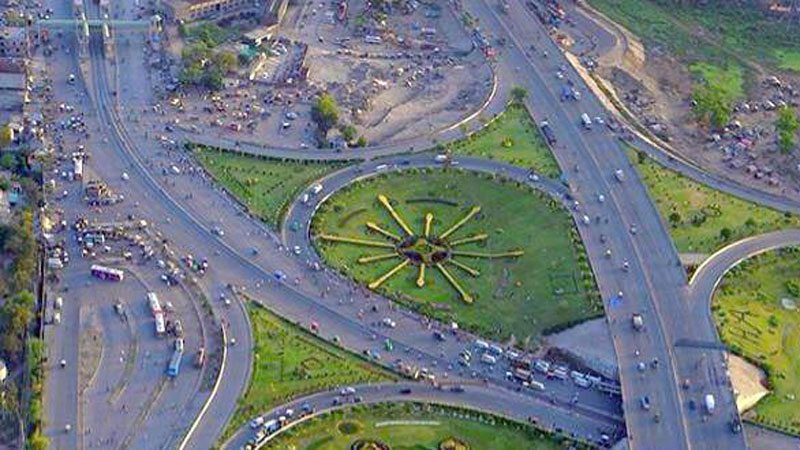 Under the Rules of Business (as amended up to September 2017), it is essentially the Ministry of OP&HRD which has the mandate to “keep a watch on labour legislation from an international perspective and coordinate labour legislation in Pakistan”. The occupational health and safety is essentially a workplace issue and must be dealt by the relevant ministry, i.e., the Ministry of OP&HRD. Even in India, the working group on occupational safety and health under the12th five-year plan is chaired by the representative of Ministry of Labour and Employment.

More than 80 percent of the current PSDP is allocated to infrastructure development in the form of construction of roads, setting up electricity lines, or construction or upgradation of schools, university campuses and hospitals. Labour Force Survey 2014-15, the most recent available, indicates that the sectors with the highest incidence of occupational accidents are construction, mining and transport. With the boom in the construction sector, there has been a rise in the number of occupational accidents. More than 50 lives have been lost under various CPEC related projects including Metro Bus Projects in Lahore, Islamabad-Rawalpindi, and Multan; Lahore Orange Line Metro Project; and Neelum Jhelum Hydro Power Project. In the current week, at least six labourers lost their lives when an under construction bridge caved-in in the area of FR Kohat.

Goal 8.8 of the Sustainable Development Goals requires states to “protect labour rights and promote safe and secure working environments for all workers, including migrant workers, in particular, women migrants, and those in precarious employment”. Constitution of Pakistan and labour laws in the country also guarantee just and humane working conditions.

If the Ministry of PD&R is really interested in the improving workplace safety culture in the country and showing progress on Goal 8.8, the reform process should start at home. As said above, it controls funding for state-financed projects through PSDP. That control should be used to protect workers’ fundamental rights including the right to workplace health and safety. Workplace accidents occur when workers have to perform work in precarious and unsafe conditions as they are engaged as a casual workforce. In all the three recent cases of workplace accidents — 2012 Baldia factory fire in Karachi, 2015 collapse of plastic bag factory in Lahore, and the 2016 catastrophe at the Gadani ship break yard — the majority of workers were engaged without a contract and thus were not registered with social security or employees old age benefits institutions.

There is no information on record whether workers engaged by government contractors are given their workplace rights, or they are made to work in bondedness. Similarly, it is not clear whether those workers who lost their lives under government’s infrastructure projects were appropriately compensated or their dependents were left to the whims of contractors. What Ministry of PD&R can do is ensure that workers engaged by government contractors and sub-contractors are guaranteed all workplace rights including the right to compensation in the event of disability or fatality.

Goal 8.2 of the SDGs refers to raising economic productivity. Pakistan is a country with low labour productivity. Interestingly, other than skills and capital, workers’ health is also a determinant of labour productivity. To improve workplace health and safety, there is a need to support trade union and collective bargaining activity at workplaces. Minister for PD&R, who is also the Minister for Interior, may also consider the fact that provisions of Anti-Terrorism Act have been applied against trade unionists protesting for their rights. The unbridled use of Essential Services Maintenance Act to prohibit trade union activities must also stop.

Labour Force Survey 2014-15 further indicates that nearly half of the workplace accidents occur in the agriculture sector which is not covered under the labour legislation. There is a dire need for raising the health care spending at the national level, currently at 0.46 percent of the GDP. This increased financing should be used for the improvement of dilapidated healthcare infrastructure in the rural areas such as basic health units. Ministry of PD&R may leverage its influence and coordinate with the provinces to raise allocations to the healthcare, especially in rural areas.

Ministry of PD&R can do a lot to promote safe and healthy workplace in Pakistan. However, it does not mean that it should start working on labour legislation since a separate entity, Ministry of OP&HRD, exists which has to be supported by the Ministry of PD&R by former’s inclusion in PSDP and giving it a leading role in the legal reform process. Moreover, it should stop meddling with the mandate of others.

The writer is a labour rights activist