What’s next for ISIS?

Pakistan is quite vulnerable. Its terrorist landscape and the relationship between militant outfits working within, has become more impulsive, diverse and complex

Terror outfits expand their influence through two means; merging into other groups and sometimes, forming alliances. They do it when they find their existence at stake or need to consolidate their power in an alien territory.

It helps them to expand their scope, scale, operations, and influence. Moreover, it also helps them to foster human resource, wealth, technology and ideas.

Though Islamic State has collapsed, it survives on the hundreds of thousands of loyalists left in Syria and Iraq.

The group is now looking to expand its influence by shifting its headquarters and franchises elsewhere.

Moreover, the group is seeking to take in new affiliates. It is also seeking to re-group and mingle their leftover fighters in the continent. This has made things even more difficult for the counter-terrorism experts.

Experts are not sure whether a new threat will emerge from Pakistan or Afghanistan.

Pakistan is quite vulnerable. Its terrorist landscape and the relationship between militant outfits working within, has become more impulsive, diverse and complex.

Daesh’s anti-Shia narrative and global jihad ideology is appealing to militants in Pakistan, particularly, to Neo-Taliban who believe in fighting for a global caliphate, justify violence against Muslims, believe in Jihad against political enemies, implementing sharia in Pakistan, and rejecting the idea of the nation-state. Moreover, Hafiz Saeed was nominated as wali of Khorasan branch (Afghanistan, Iran and some parts of Pakistan). Nevertheless, Pakistan’s Intelligence agencies and armed forces are quite a hurdle and challenge for IS to pass on. And it is likely that IS will fail its objectives. 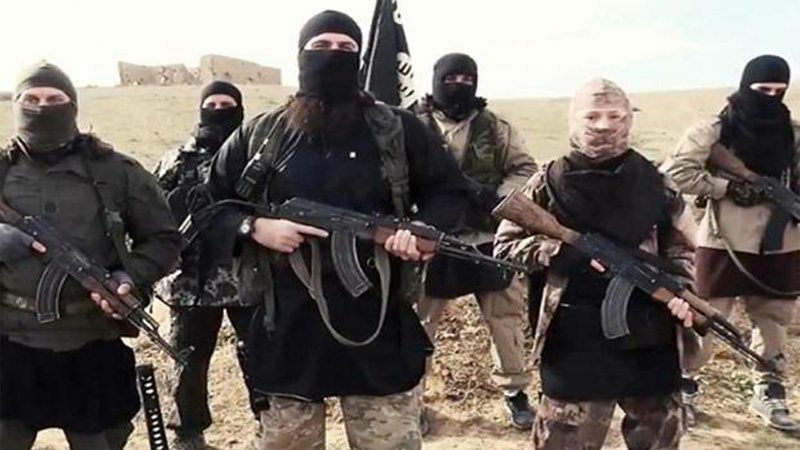 Yet, IS may not be as successful in Africa as elsewhere. This is because Al-Qaeda’s strong presence won’t let IS in. Al Qaeda is more acceptable to locals than IS. The outfit co-opts local groups. It has gradualist approach, methodically different from IS, which makes it acceptable to local population and groups. Unlike IS, it believes that popularizing Jihad via educating Muslims to take up arms is the only way of emancipation. Al Qaeda’s gradualist approach and flexible strategy enhance its strengths, capabilities, and acceptability for long. I predict that Al Qaeda will resurge with more violent tactics and better survival plans but not the IS.

In the land of warlords — Afghanistan — the fear of IS is mongering. However, the local insurgent groups and people will never accept a foreign entity. This is evident through history. When he was struck by an Afghan archer’s arrow, Alexander the Great barely managed to escape through the Indus River. Centuries later, Genghis Khan and the Mughals also made the mistake of invading Afghanistan. Further down the timeline, great powers like Britain and the Soviet Union also faced a humiliating defeat in this country — and forced to retreat. Today, this history is repeating itself, except it is the US that is suffering defeat. There is an ancient Pashtun saying that seems to be inspired by these events, “I took my revenge after one hundred years and I only regret that I acted in haste”.

Also, Taliban are more acceptable than any group. Not only do the Taliban have every reason to fight, they also enjoy the advantage of being local to Afghanistan. Therefore, IS is unlikely to remain there for long, even if they manage to get some initial success.

Daesh’s anti-Shia narrative and global jihad ideology is appealing to militants in Pakistan, particularly, to the Neo-Taliban, who believe in fighting for a global caliphate, justify violence against Muslims and believe in Jihad against political enemies

However, IS is a newbie in the Philippines. This means that the Island is already a vulnerable and comfortable place for IS future operations. History argues the same. It was the 70s, when Moro National Liberation Front began battling the government in its quest for power in Manila. In the 80s another group emerges as the Moro Islamic Liberation Front emerged to wage a low-intensity insurgency. It was nothing new that in the 90s another militant organisation, the Abu Sayyaf Group was formed. Moreover, the corruption, weak institutions and economy and past leftovers of terrorist outfits make the country more vulnerable.

It is too early to predict, where the next caliphate might emerge, however, the threat is quite real. Even if they the security agencies of the discussed regions remains successful in containing IS. Still, some of the regions will remain a fertile ground for IS future recruitments, finances, moral and ideological support.

The writer is International Relations Analyst based in Islamabad. He can be reached at Syedsadampak@gmail.com