From law to action: election reforms in Pakistan

The controversies after the 2013 elections cost the country a lot of political energy that would have been better spent on fixing other problems, but they had an upshot

“We have all the necessary and good laws in Pakistan, but we fail to implement them!” This is a common lamentation in Pakistan. Whatever the subject is — politicians, civil society, lawyers, journalists and governmental officials make this claim.

But is this true? In one area that has attracted much public controversy, this was not the case: The election laws lacked many provisions needed for credible, transparent and inclusive elections. The controversies in the 2013 elections were not simply ‘losers crying sour grapes’. Genuine shortcomings in the election laws, which undermined Pakistani elections for many years were repeatedly pointed out by civil society, observers and eventually also confirmed in the inquiry commission setup to investigate the Pakistan Tehreek-e-Insaf’s (PTI) accusations of systemic rigging in 2013 general elections. The Commission found no systematic rigging but pointed to many systemic problems.

The controversies after the 2013 elections costs the country a lot of political energy that would have been better spent on fixing other problems, but they had an upshot. They resulted in a perfect storm of public pressure that fed into a well-run parliamentary process to fix the election laws. The parliament of Pakistan did what previously seemed impossible and formed a Parliamentary Committee on Electoral Reforms, in-line with the recommendation of election observers. The cross-chamber committee and its sub-committee conducted 119 meetings altogether, heard civil society organisations, met with experts and drafted a new election law, which was enacted by Parliament on October 2, 2017.

The new law addresses many core election issues: it provides greater autonomy and strengthens the Election Commission of Pakistan (ECP)while at the same time introducing important transparency and accountability provisions; it formalises use of citizens registry data for creating electoral rolls and simplifies voters’ registration; improves measures for poll counting and tabulation of results; and it includes guarantees to make sure that constituencies have more or less the same number of voters so that the vote of each Pakistani counts equally. 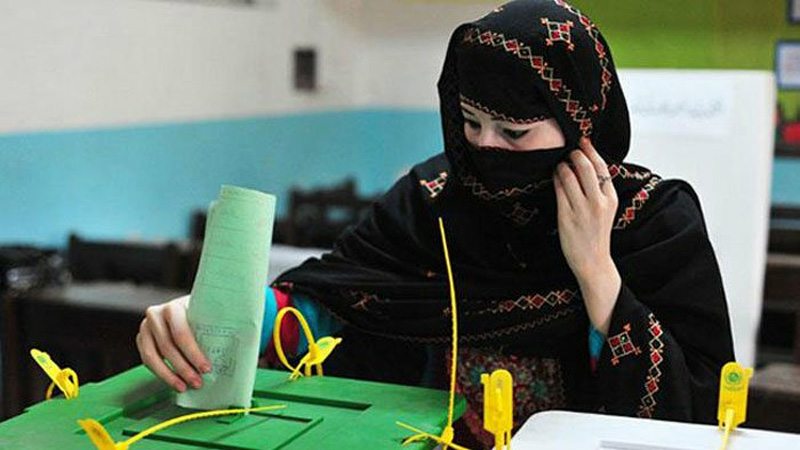 Not everything in the law is perfect. Some things are unresolved and remain to be addressed, such as the infamous vague and subjective candidacy criteria, which has once again come under public discourse after disqualification of former Prime Minister (PM) Nawaz Sharif. Even some of the newly introduced provisions are in conflict with the spirit of transparency and the right of citizens to participate in elections, such as the requirement for national observers to get security clearance or maintaining a separate voters list for the Ahmadia community. Overall, however, this election law is good news for Pakistani elections.

The question that now remains is implementation. The new law should not become subject to the lament of ‘good law, bad implementation’.

Not everything in the law is perfect. Some things still remain to be addressed, such as the infamously vague and subjective candidacy criteria, which has once again come under public discourse after the disqualification of Nawaz Sharif

A public consultation on regulations is an example that institutions should follow. Through the rules, the ECP has streamlined voters’ registration, committed to publish results of each polling station and collection of gender-disaggregated data on voters’ turnout. The Commission has started implementing the new law and improved its practices. Establishment of an online geographical information system of polling stations which voters can use to find the location of polling stations, more training of officials and polling staff and creation of monitoring teams in the recent by-elections all are good initiatives. Also, the Commission took a measured approach on the use of biometric technology and electronic voting machines. The Commission’s decision to test and pilot technology rather than dump bunch of machines into elections is noteworthy and may be used as a study case for the future. Political parties, media and civil society should understand the limitations of the technology in elections and hence the need for the ECP pilots.

This is not the end obviously. Responsibility goes beyond the ECP. Other state institutions and political parties need to cooperate with the Commission in ensuring implementation of the law.

Vladimir Pran is an election expert, who has worked on Pakistani elections since 2012.

Hassan Nasir Mirbahar is the Country Representative of Democracy Reporting International in Pakistan. Find him on Twitter using @hassannasir