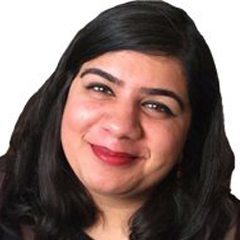 It is also essential to remember that in the case of female icons like Asma Jahangir, society never forgets their womanhood

Asma Jahangir’s death shook us all, not only due to its suddenness but also because we lost one of the bravest voices of the country. Since her demise, there have been a plethora of articles speaking to what this loss means for each writer personally and for our collective politics. In this expression there has been one disturbing trend: the defining of Asma’s courage as something masculine, and most recently Aitzaz Ahsan’s op-ed in Dawn detailing how Asma’s success is more a product of the benevolence of family structures.

There is no doubt about how family support can help make the lives of women easier, but to heavily attribute women’s success to a supportive family detracts from their own gumption and determination. Moreover, by asking women to celebrate family support we reiterate the belief that this is a favour and not our fundamental right. It also reinforces that this extension of acceptance for our activities, whatever they maybe, should be met with deference and gratitude. In such moments we are subtly reminded of the power of patriarchy — a power that has the ability to extend support or snatch it away. This pushes women to turn the criticism inward and not question the insidiousness of patriarchal power, which Asma did so unabashedly.

Asma is an icon for many. She gave us a blueprint of how to speak ‘truth to power’. For many of us women, she showed us how the courage of a woman frightens the structures of power. Attributing this determination and courage to masculinity as was done by Sohail Warriach in his tweet after Asma’s passing is not only problematic but also dangerous. The danger is in the co-option of female icons by the narrative of masculinity — a narrative that genders our successes and conveniently hands them to masculinity by asserting that any form of bravery is ‘like being a man’.

It snatches from women the belief in their capacity to be confident, articulate, and strategic. It forces women to believe that we are inherently incapable of having any form of intellectual and political capacities. The most dangerous of all, it builds and reinforces a consciousness in which femininity is inferior and all forms of success lies in either being born with or spending your whole life trying to replicate masculine behaviour.

It is also essential to remember that in the case of female icons like Asma Jahangir, the society never forgets their womanhood. It uses their subjectivity as a woman to tailor criticism and vitriolic hatred. If anyone were to look at the comments left under Asma’s tweets or under Facebook posts about her, one would clearly see that most people while targeting her opinions made jabs at her womanhood.

It is imperative for us to remember that Asma Jahangir was the loudest voice that called out masculine hegemony. She through her lived reality taught us defiance and determination in the face of insurmountable odds. It is essential that we remember that a majority of women face threats within their own homes

The hatred in itself was gendered. In this scenario, she embraced all that was said and responded with sharp one-liners that usually left the haters speechless. A woman’s subjective self occupies not only her mind but that of society as well. Everything in her being is justified by her subjectivity of being a woman — except success, that is when you are co-opted as one of the men.

It would have been worthy if everyone looked at the profile on Asma done by Herald, in which she in her own words expresses, her struggle. That account clearly explains her positionality of being a woman. She mentions her struggle with depression after having her second child. The ways in which her law college barred her from attending because she was a married woman. She also details how people were comfortable in thinking they could bully her because she was nothing more than an ‘out of shape mummy’. This speaks to how deeply entrenched patriarchal structures and how even women like Asma Jahangir have had to confront them.

All of us women who have been blessed (because it isn’t considered our fundamental right) with an understanding family do express our fortitude for having such support and yes, families like Asma’s do deserve recognition for their own courage in the face of the dangers posed to her. However, in all this, the conversation of how millions of women are oppressed by their families and die at the hands of the family structure gets pushed back — a conversation that Asma vociferously articulated, and an oppression she and her life’s work vehemently opposed.

It is imperative for us to remember that Asma Jahangir was the loudest voice that called out masculine hegemony. She through her lived reality taught us defiance and determination in the face of insurmountable odds. It is essential that we remember that a majority of women face threats within their own homes. It is also imperative that we build a consciousness that doesn’t eulogise supportive men and families; rather it fights to make them the norm.

The writer is an activist and a lecturer at BNU