A signalling between hostile states can be useful to both the sender and receiver of the messages; if the signals are properly conveyed, they can reduce the likelihood of tensions by suggesting and alarming, ahead of time, that how to avert the chance of military action. Poorly sent signals, however, can be misunderstood, increase tensions and result in the possibility of escalation.

The recent 2018 round of Indian signalling seems to be of the latter variety which is not a good omen for already tense bi-lateral relations between India and Pakistan.

The start of the new year was unfortunately not a pleasant one, for India and Pakistan. Since the series of strategic signalling from Indian side is leading the path of more divergence than easing of existing mistrust between India and Pakistan. Starting from the press conference held by Indian army chief Bipin Rawat on January 12, 2018, in New Delhi vocally challenged and used the term of calling the nuclear bluff by military action. This statement created resonance due to its intensity of intention. Consequently, the unavoidable call from India to Pakistan was responded by Pakistani leadership on January 13, 2018, to Indian Army Chief Bipin Rawat’s claim of not being deterred by its adversary’s deterrent nukes, by saying it was irresponsible and in fact an open challenge of a nuclear encounter. Additionally, Foreign Office spokesman Dr Mohammad Faisal said “the statement by the Indian army chief is representative of a threatening mindset that has taken hold in India. Pakistan has demonstrated deterrence capability.” He insisted that the state could not be taken lightly.

In series of statements, the recent Indian defence minister Nirmala Sitharaman’s statement on Monday 12, February 2018 in which she used again provocative attitude by saying “Pakistan will have to pay for Saturday’s militant attack on an Indian army camp in Sun Juwan in Indian-occupied Jammu & Kashmir. Without evidence she blamed Jaish-e-Mohammad for the attack, and that perpetrators (Azhar Masood as their head) were assisted by Pakistan. Coincidently, earlier in the day, Ms Sitharaman met the region’s chief minister Mehbooba Mufti who has pitched for dialogue with Pakistan to end the ‘bloodshed’ after the Jammu attack and recent incidents of alleged Cross-Line of Control firing. 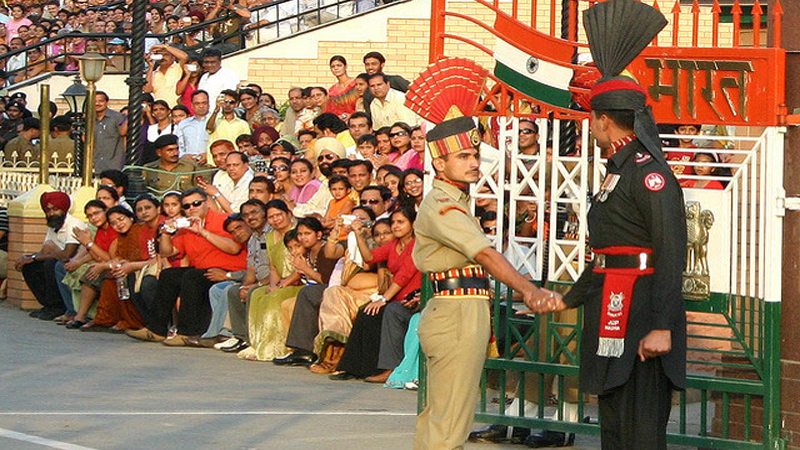 In response to the allegations by the Indian Defence Minister Pakistan’s Defence Minister Khurram Dastgir Khan responded that ‘Pakistan will pay (back) India in its own coin in case of any misadventure’. On the other way round he also asked India to answer for its state-sponsored espionage against Pakistan. In continuity, Pakistan’s foreign office strongly rejected similar allegations by Indian news media and urged the world community to take due cognizance of India’s smear campaign against Pakistan and the intentional deliberations of military conflict hysteria.

Moreover, the encounters on the LoC and International Border in Kashmir between Indian and Pakistani troops are frequent disregarding the existing 2003 agreement between them to observe and implement a cease-fire. According to Pakistan’s Foreign Office press release, Indian forces have violated the cease-fire agreement along the LoC and the Working Boundary more than 335 times this year, resulting in the killing of 15 civilians and wounding of 65. Previously, according to expert reports cross-border shelling across the Line of Control and unprovoked firing by Indian forces had taken 832 lives, left 3,000 injured and had damaged 3,300 houses in the first half of 2017. Despite calls for restraint, India continues to indulge in ceasefire violations.

If we connect the dots from previous efforts from Pakistani side to reach out India for dialogue, we will see all initiatives are drawn from Pakistan and turned down by India. In one of the recent interview of Pakistan’s Foreign Secretary in which she said that Pakistan is waiting and looking forward to New Delhi’s intent to realise that there is no substitute to dialogue. It is significant to regional stability with the peaceful settlement of disputes, easing relations, and find common grounds in resources for the growth and development of the region. Ironically, South Asia is one of the least integrated regions specifically in the economic domain. Although, South Asian Association of Regional Cooperation is existing still stable functioning of a mechanism is absent.

The cooperating strategic communication, resumption of dialogue, rational approach are options for long term bilateral relations which should be adopted or considered to maintain the regional peace and stability in South Asia

From regional stability point of view, this wrong signalling may add to destabilisation in the region. The provocations from Indian side called for responses from the Pakistani side. Therefore, both states are currently at loggerheads with each other. Such incidental and vocal crossfire portrays gloomy forecast for improvement in the relations of the two countries. Paradoxically, the hopes of the resumption of bilateral relations are unfavourable since Narendra Modi became Indian Prime Minister in 2014. The current tense environment between two could be a part of internal politics or election planning because this against Pakistan card has been repeatedly played.

The cooperating strategic communication, resumption of dialogue, rational approach are options for long-term bilateral relations which should be adopted or considered to maintain the regional peace and stability in South Asia.

The writer is a research officer at the Centre for International Strategic Studies in Islamabad. humarehman.ciss@gmail.com