The ego of the sole superpower America will not allow it to accept that after 17 years of war, the US and  NATO forces have failed to establish the writ of the state

On Wednesday, President Ashraf Ghani opened a one-day conference in Kabul, and during his address, he offered a roadmap for peace to end the four-decade-long war in Afghanistan. New measures for the peace and reconciliation efforts include a ceasefire, recognition of the Taliban as a political party, and making efforts for the trust-building process as well as holding free and fair elections. Dr Ashraf Ghani said that the Afghan unity government was ready for amendment in the country’s constitution.

The new peace map included releasing Taliban prisoners and removing some Taliban leaders’ names from international sanction lists as well as opening an office for Taliban in Kabul or other Afghan cities. The moot question is whether the Taliban would accept that offer this time around, as in the past they have rejected such offers. Of course, Iran, Russia and China wish to see peace in Afghanistan, as the spectre of ISIS is haunting them. 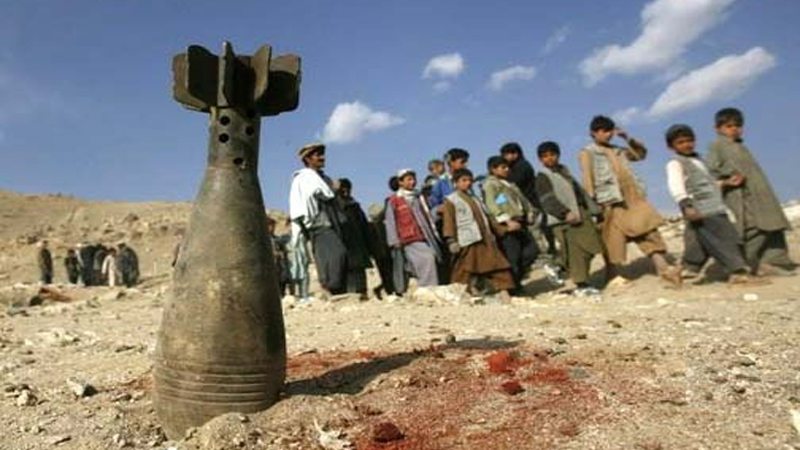 A member of the Taliban military council, referring to Taliban government that ruled until the America and NATO forced it out at the end of 2001, said: “Our regime collapsed because of the bullying by the United States, not because the people of Afghanistan turned against it. Now the ball is in the court of the United States to come forward and find a solution.

We were kicked out by the US, and we will deal only with the US. Then, after a few meetings, we could reach a deal with the Afghan regime.” This shows the change in Taliban’s policy, which earlier has been refusing to hold any talks unless the US occupying forces quit Afghanistan. Now, the Taliban have taken the position that the Afghan unity government functionaries are American puppets, and it is futile to hold talks with them.

While Washington verbally supported the negotiation process between Taliban and the Afghan government, in reality, it aimed to derail it, as peace can diminish American influence and replace it with the Russian or Chinese

Of course, it was the result of the US-backed power-sharing deal that unity government was formed with Ashraf Ghani as president and his rival candidate Abdullah Abdullah as his chief executive. The deal was brokered by then US Secretary of State John Kerry to prevent the bitterly contested elections from plunging Afghanistan into turmoil.

Both Ashraf Ghani and Abdullah Abdullah had promised to put their differences aside; but according to a report published by the International Crisis Group (ICG), this never happened. When the differences were becoming irreconcilable, then US president Barack Obama had phoned Dr Ghani to resolve the differences otherwise the result of the presidential election could be reviewed, which was a veiled threat that he might lose the presidential slot.

Dr Ghani had reportedly said that “without American assistance, Kabul can’t fight the many militant groups active in the country after 16 years of US involvement, and the Afghan national army won’t last longer than six months on its own.” This candid admission about Afghan government’s failure is rather an expression of helplessness. Of course, the ego of the sole superpower America would not allow it to accept that after 16 years of war the US and the NATO forces had failed to establish the writ of the state.

The US had invaded Afghanistan 16 years ago when the Taliban government was swiftly overthrown and driven out. However, after decades of war, with once peak of about 150,000 US and NATO troops and spending one trillion dollars, they could not eliminate or even deter the Taliban who control about 50 percent of the Afghanistan territory.

Last month, Pakistan once again urged Afghanistan to stop the blame game and sought for its co-operation in combating terrorism. Afghanistan had earlier slammed Pakistan for the deadly attacks on its soil and accused it of harbouring the Taliban. Last year, Afghan President Ghani in a televised speech to the nation had alleged that “the centre of Taliban terrorism is in Pakistan. Authorities in the neighbouring country should show some concrete action to rid their territory of insurgents.” Instead of giving sermons to Pakistan, he should look at the BBC report stating that the Taliban have control over or contest in 50 percent of Afghan territory and influence in 70 percent of Afghan territory. The question can be asked that when the Taliban either control or have influence in more territory than the Afghan government, do the Taliban need sanctuaries across the border or elsewhere?

After 9/11, when the US and its allies invaded Afghanistan, the Northern Alliance supported the invasion and got the lion’s share in the Afghan government led by Hamid Karzai. Today, Abdul Rashid Dostum, Balkh Governor Ata Noor and others have formed a front against the government when they are part of the government. Off and on, Abdullah Abdullah complains that Dr Ghani has not amended the Constitution to incorporate the powers and duties of the Chief Executive as was agreed at the time of formation of unity government.

On the other hand, the US is interested in the continuation of instability in Afghanistan to justify its existence. While Washington verbally supported the negotiation process, in reality, it aimed to derail it, as peace can diminish the American influence and increase the Russian and Chinese influence. But the matter of bringing peace in Afghanistan is not that simple and gives rise to many questions including the one: is the unity government serious in giving due share to the Taliban in Afghan government?