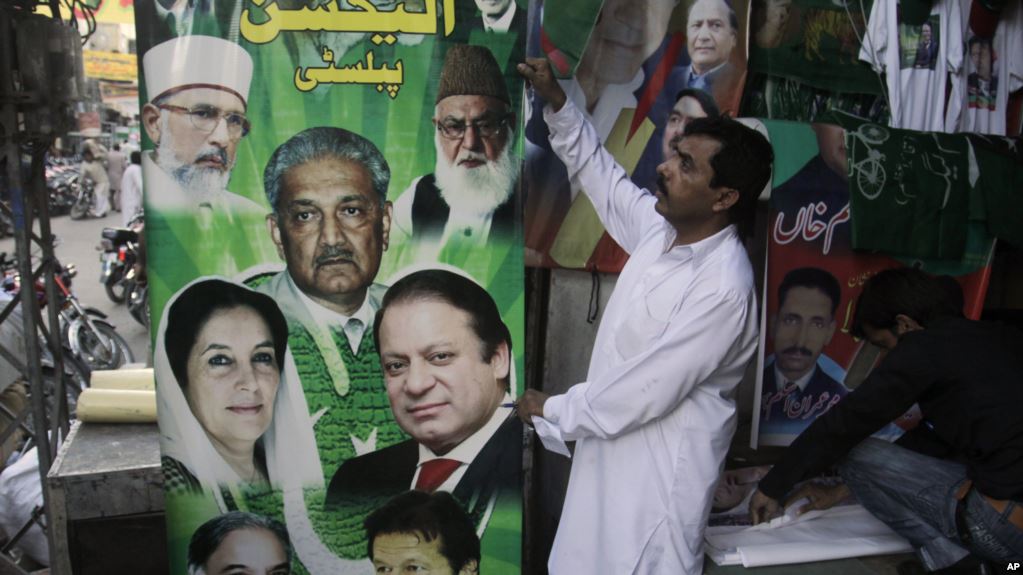 Last year witnessed a spike in far-right, populist movements across the western world. From Brexit and the election of Donald Trump to Marine Le Pen’s National Front and its rising popularity in France, we noticed a sharp rise in nationalistic sentiment both in Europe and the United States. Whether this is a temporary phase in response to the refugee crisis and concerns of national security, or a more deep-rooted trend founded in two diametrically opposed cultures, however, is a question which remains to be answered. In any case, revolutionary movements such as these provide us with immensely valuable lessons to apply to our own flawed democracy, and elevate the state of affairs with regards to our electoral process and the people’s involvement in it.

Election season is fast-approaching in Pakistan, and it is imperative that, for once, we ensure the integrity of this process. Our electoral process is fundamentally different from its counterparts in successful democracies around the world. While the particular intricacies of issues within the Election Commission and widespread instances of corruption and inconsistencies are unfortunate, the primary reason preventing growth of our limping democracy are voters themselves. Pakistanis are afraid of the very stimulus which propels nations ahead: change. Inertia to change has historically proven to be highly detrimental to a country’s health, economically, socially and politically; if we are to avoid these setbacks, we must develop an immunity to change.

Consider the 2013 election for instance: PTI’s agenda for a radical overhaul of the system, fueled apprehensions and fear within people’s minds. Used to making do with the limited means he has, the average Pakistani voted for more of the same old system, in an attempt to avoid the uncertainty which arises with political revolutions. While upper-class voters, oblivious to the economic difficulties faced by their less fortunate neighbours had no qualms voting for PTI solely on the basis of its social stances, the majority came out in droves for the Sharifs. Evidently, unrealistic promises to resolve the energy crisis and concepts of brotherhood are enough to sway the Pakistani people. Notions of temporary uncertainty with a promise for future prosperity are left ignored, unentertained. We would much rather flaunt a 30 billion Rupee Metro Transit System, as opposed to investing a fraction of that amount into women’s education. This focus on immediate consumption and a lack of investment is recipe for an economic disaster; according to the American Nobel Prize winning economist Robert Solow’s model, economic growth is maximized when consumers save a larger proportion of their income for future consumption. When the government however sets a precedent by running through the Federal Reserve rapidly, increasing deficits manifold over their five-year terms, why would the everyday consumer be any different? Is the layman really to blame for wanting a better life today?

Contrary to our focus on immediate benefit, citizens of successful democracies have one trait in common: they are unafraid of revolutionary movements. Despite being the single-most controversial candidate to run for the President’s office, Trump received staggering support throughout his campaign. The reason behind his win are glaringly obvious: the American people believed Washington’s political machinery had failed them, and corruption within the ranks of politicians was rampant. Come election season, they did the logical: voted for the anti-establishment candidate who promised change. Even though Trump’s tax plan favours the wealthy, and his views on social issues are all over the place, voters were willing to tolerate these short-comings in return for effective representation in Washington. In November 2016, the world witnessed how a strong, grounded electoral system paved the way for a dramatic upset. Whether Trump’s policies are good for the US, or a total disaster is irrelevant; the people wanted change and their wish was granted. Pakistanis in stark contrast, would have rather stuck with the settled, albeit corrupt system, as they did in 2013, and not given an outsider a chance at governing, for fear of uncertainty. If we are to prosper, this mentality needs to change. We all know the results of the Panama Case against Sharif will have negligible impact on the results of the 2018 elections. We are indifferent to the activities of our representatives, and this signifies a dormant, inactive society, which is worrying for the future of the country.

By no means am I advocating for PTI – quite the contrary: I ask you to vote your conscience. The next time a candidate running for office visits your village, promises to build a hospital in your town, or invites you to dinner the week before voting begins, eat the food, but refuse to be blackmailed. We abhor bribery, yet we are all subjected to it, come election season. Introspection is the first step on the road to prosperity. Ask yourself, is the short-term benefit really worth it? Would you rather have a hearty meal instead of setting the country on a path of sustained growth? Would you rather save Rs 200 on your monthly transport costs, or educate your children and give them a chance to compete? Is the candidate you are voting for, truly representative of your views and beliefs? Is he the person you want representing Pakistan on international forums?

The moment we begin pondering over these trade-offs, the unstable political machinery starts to crumble away. The worst nightmare of a corrupt establishment is a vigilant, concerned public. Should we remain indifferent to what goes on behind closed doors in Islamabad, we gift a free ride to the very representatives who make our lives miserable, and this is the last thing Pakistan wants.

The author is currently doing his A Levels from Aitchsion College, Lahore, and has been writing for his school magazine for the last five years. He is also the chief editor for the school yearbook.