‘Why is Chief Justice silent on enforced disappearances?’ 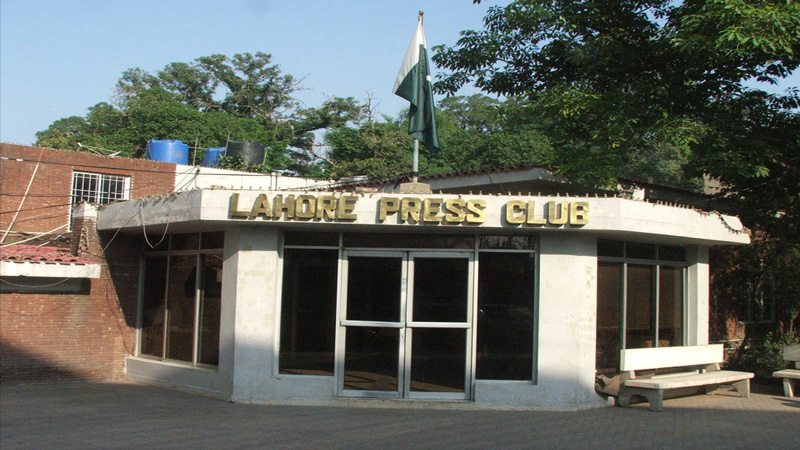 The protesters also raised slogans against the increasing instances of enforced disappearances in the country.

Speaking on the occasion, Saeeda Deep of Institute of Peace and Secular Studies said it has been three months since the abduction of Raza Khan allegedly by personnel of state agencies. “The family and friends of Raza Khan have tried all avenues including the government institutions, the Lahore High Court and the Commission of Inquiry of Enforced Disappearances to bring him back but have thus far been disappointed,” she said.

“There have already been eight hearings of the case in the high court, and one hearing of the Commission, but no information about Raza’s whereabouts, physical and psychological health, or why he was picked up, and by whom, and for what crime, have been shared with his well wishers.”

Farooq Tariq of Awami Workers’ Party said non-violent protest was the only way through which Raza’s well-wishers and supporters were raising voice for the missing activist. “We will stage a sit-in for his recovery in the coming days if state institutions continue to remain silent on the issue,” he said, adding, “What he was doing? He was working for peace. Is that too much to ask of our authorities?” he said.

According to Rahimul Haq, another protester, there are currently 1,577 pending cases of enforced disappearances with the Commission.

“How has the situation come to this? Why is the state using enforced disappearances as a concrete policy against its own laws? Do basic human rights as listed in the constitution not matter?” he asked.

The protest was supported and participated by the legal fraternity. Lawyers attending the demonstration said that while the Chief Justice of Pakistan was conducting suo motto hearings on a number of issues, why has the court failed to provide justice in instances where the state is not just abrogating its most important responsibility of providing security to citizens but is also actually perpetuating injustice?

Raza Khan’s father Muhammad Ismael Khan was also present on the occasion. He especially came from the Kasur for the protest. “The state seems to be unaccountable and above its own law, which will only lead to further insecurity, and restriction of citizen rights of expression and association,” he said.

Lawyer Ramis Suhail said, “we see families of the disappeared and civil society protesting in all parts of the country and not a single week goes by without a protest. Enforced disappearances must be stopped.”

Raza’s family and friends said that Raza had no enmity with anyone. He is a peace-loving idealist who has dedicated his life to protection and promotion of human rights, social change and peace. They said that for such a harmless, peace loving person to disappear raises questions on the government and state institutions. There appears to be a pattern of targeting of civil society activists working for promotion of peace and harmony in Pakistani society, they observed. “We are extremely concerned for his safety and well-being.”