One could predict that the country will have more martyrs of truth, until it becomes a dystopia where enemies of humanity will dominate the meta narrative of society

Let’s take the example of scourge of extremism. Here Neumann hypothesis is apt to counter recent statement of Interior Minister Ahsan Iqbal in favour of ex-jihadis for collecting funds for ‘welfare services’. The minister implied that if we don’t allow them, they would go back to jihadi activities. In the current scenario, the tendency of violence and literalist view of religion seems to prevail because pluralistic view of religion and forces — that challenge extremism such as progressive parties at campuses — are missing. From this standpoint, Neumann’s second hypothesis further makes it clear where acceptance of opinion by public makes it dominant. For example, when an ex-jihadi sees that the dominant narrative is, ‘one should be killed whoever demands even amendments in blasphemy law’, then his view of violence for asserting religious authority would remain embedded in his thought process.

On religious extremism, those who know about deep state romance with religious hardliners may conveniently explain the nexus between intolerance and organised coercion. This nexus suits non-democratic forces for various reasons. First, radical organisations have always been a base support for deep state to malign and threaten democratic forces. Among many examples, one was the 2015 when banned outfit anti-Shia ASWJ rallied against politicians for their ‘criticism’ on military. The most recent example is Khadim Rizvi who paralysed the capital for more than 20 days. Many, including judiciary, questioned country’s prime agency for alleged involvement.

‘Being a totalitarian state, China cannot afford democratic or any other force that could threaten its strategic, economic and political interests’, Jamal added. Ahmad Waqass Goraya, one of the bloggers who was picked by the intelligence agencies in January 2017, further pointed out, ‘they want a completely controlled society and it (Pakistan) has a full plan and roadmap’

Second, militants are used for political violence to silence activists and dissents. For example, in recent years, blasphemy has become a significant tool to discredit, intimidate and threaten rights activists. This was quite apparent when bloggers were abducted in 2017. Since criticism on military was not (legally) enough to charge them, an organised and multipronged campaign was launched. Social media was filled with threats, TV anchors were provoking masses against bloggers and billboards were raised in different cities with bloggers’ pictures calling them blasphemers. The tool of ‘blasphemy’ creates an unliveable environment for the accused who is left with no option except exile.

The culture of conformity suits our ‘deep state’. The absence of criticism on CPEC may help them to cover up exploitation i.e. forced displacement, uneven profit and resource sharing. Furthermore, the Chinese are investing billions, and in order to protect their investment, they need a highly controlled society where every element of dissent is or would be removed. Arif Jamal argues that China’s aspiration is to reflect and assert its own kind of authoritarianism in those societies where its money is invested. ‘Being a totalitarian state, China cannot afford democratic or any other force that could threaten its strategic, economic and political interests’, Jamal added. Ahmad Waqass Goraya, one of the bloggers who was picked by the intelligence agencies in January 2017, further pointed out, ‘they want a complete controlled society and it [Pakistan] has a full plan and roadmap.’

For this reason, a culture of fear becomes necessary. The issue of Balochistan is the best example here. Majority of progressive and, to some extent, liberals would concur that ongoing systematic ‘kill and dump policy’ is criminal but very few would even acknowledge this on social media, let alone street protests or seminars. This widespread silence on Balochistan is the result of a narrative that has been constructed through the use of organised violence i.e. murder of Sabeen Mahmud and attack on Hamid Mir which says whoever speaks on human rights violations in Balochistan would be killed or least abducted.

Another example is MQM. Since the launch of Karachi operation 2013, more than 200 MQM workers are missing, dozens have been killed extrajudicially, offices are sealed, and workers get beaten if they protest. Needless to say, MQM is a registered political party that regularly secures hundreds of thousands votes. According to one of its members, even the country’s prominent rights’ organisation – the Human Rights Commission of Pakistan – does not forcefully raise the issue of MQM workers’ disappearances. Again, all political parties and rights’ activists know that crackdown on MQM is disproportionate, brutal and cannot be a justified despite MQM’s past criminal activities. But due to internalisation of silence and fear, very few dare to speak on this issue. As a result, Karachi’s biggest party has been dismantled, at least temporarily.

To conclude, a large number of activists from Punjab term Nawaz Sharif’s political manoeuvring as ‘anti-establishment’ and view it as ‘positive sign’. Being an overly-pessimistic, I would argue that Nawaz Sharif is undergoing a process of discipline in which he is being (re)taught to obey the line. In addition, even an ‘anti-establishment’ Nawaz Sharif would serve state’s right-wing narrative because he is programmed, nurtured and product of right-wing politics.

Fourth and fifth hypothesis of Neumann’s theory — correlation of present and future, and trend of opinion — could be used to envision Pakistan’s society in general and democracy in particular. Thus, one could predict that the country would have more martyrs of truth and becoming a dystopia where enemies of humanity would dominate the meta narrative of the society. 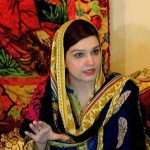