Heating up the LoC

Gross violation of fundamental human rights is most visible when it comes to Kashmir. India has used its soft power and Goebbels philosophy to hide its ugly face

An old quote reads: “a lie gets halfway around world while the truth is still tying its laces”. So true it is. And this adage is applicable in all spheres of life with equal ease. Be it our mundane human activity or be the highest form of statecraft. Goebbels is credited or accused of turning lies into an art of propaganda. Few countries are so fond of this lie making that it seems there is no thread of truth in their DNA.

Rhetoric aside, we must give what is due to the devil. India shares some common chromosome with Hitler’s Nazi party. After all, it is no coincidence that swastika is commonly used in Indian political and religious landscape. Swastika holds a special place in Hindu religion and is proudly painted and displayed in temples. Hindu India has taken many lessons from the fascism of Hitler and his ideology. And the greatest among them is to follow Goebbels in true letter and spirit. What was Goebbels’s fame? He presented lies in such a twisted way to the world and bombarded them so often that truth got lost under the heap of lies. BJP is good at assimilating any and all lessons when it comes to deceiving the world about the dark side of India.

Take the example of ‘shining India’. This was the election slogan of BJP in 2004when 50 percent of India was living below poverty line. India had one of the highest rates of suicide among peasants. But the world was made to believe that India was next China in the making and a safe place to invest. The lure of a billion plus customers is too difficult to resist for businesses.

There is a method behind this madness of escalating tensions across the LoC. The moment news on Indo-Pak tensions hits, firing across LoC shrouds the Indian crimes against Kashmiris

India has hidden an ugly truth about the plight of its minorities. Gross violation of fundamental human rights is most visible when it comes to Kashmir. India has used its soft power and Goebbels philosophy hiding its ugly face in dealing with Kashmir. This is the oldest point on agenda of UN Security Council since 1948. It is an unresolved international dispute and not a bilateral clash. Kashmir was raised in the UN by the Indian side, and the world body promised to resolve it on points of principles.

That dream is yet to be realised, but we can accept whatever meagre efforts the UN has done in this regard. It has raised an observer group, composed of multinational military officers, to observe and report any incident of violation of ceasefire agreement. UNMOGIP (United Nation Observer Group in India and Pakistan) as it is called, is deployed in both India and Pakistan. Both countries are required to facilitate this group to move freely along LoC to monitor and report a violation. Pakistan has been cooperating with them since then. India has always been reluctant to give UNMOGIP free access to LoC for obvious reasons. Freedom of movement within Kashmir would expose Indian highhandedness and atrocities in the region. 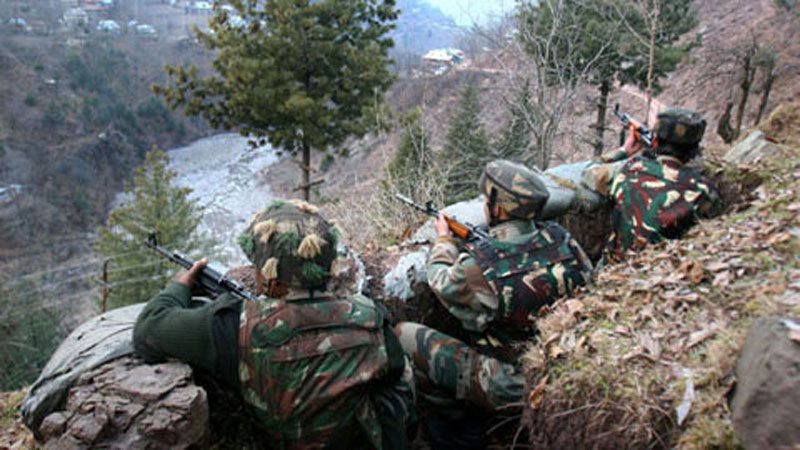 Before Modi came to power, India was never in flagrant violation of UN resolutions on Kashmir. But since 2016, the Indian government has denied UNMOGIP any semblance of cooperation in the performance of their mandatory work. This is occurring in complete disregard to international treaties and resolution of the most respected international body. And India cannot attract any flak on its belligerency.

It is not very hard to find out the reason for Indian reluctance. Since 2014, Kashmir has been subjected to a sinister campaign of terror by Indian forces. Kashmir is up in flames since 1989. It is the third generation of Kashmiris that is protesting for its rights. The Indian state has applied every nefarious tactic to stem the rise of peaceful political demonstrations, but in vain. Indians have now taken a leaf from Israel and implanted in Kashmir. Indian forces use pallet guns on protesters. It is considered a non-lethal weapon but Indians have used it to blind the protestors intentionally. A whole generation is being blinded as a punishment to demand one’s inalienable right.

When all coercion has failed, India has tried to play another oft-tested card of ‘alleged’ infiltration from across LoC. How ironic that Indian media and state mouthpieces have forgotten that India has heavily fenced the LoC and the fence is guarded by nearly half a million military and paramilitary forces. Kashmir is the most heavily militarised region in the world.

Indian forces resort to incessantly heavy firing. This is again used as a smokescreen to mask the bitter reality of Indian atrocities.

The world is worried about two nuclear-armed neighbours and makes all efforts to de-escalate tensions, but it conveniently ignores atrocities in Kashmir. This is what India desires. There is a method behind this madness of escalating tensions on LoC. The moment news on tensions between Pakistan India hits across the globe, firing across LoC shrouds the Indian crimes against civilians in Kashmir.

Under Modi’s extremist government, it has been used to a degree unknown in South Asian context. A few statistics would reveal the extent of misadventure across LoC by Indian forces. Pakistan Foreign office reported 1300 incidents of firing along LoC in 2017 alone. These firing incidents resulted in the loss of 52 lives and injured some 175 innocent civilians. And the start of 2018 has seen an abnormally high firing incident by Indian forces.

Since PM Modi took over the office, there have been nearly 7000 firing incidents. This is in sharp contrast to roughly 1100 violations of LoC from 2003 to 2013, a period of 10 years. 1100 violations in 10 years make 110 incidents in a year, and Modi’s government has raised this volume of breaches to nearly 2000 violations a year. This is the true face of secularist, moderate, peace-loving democratic India. Any casual reader can also deduce the plight of people living along the LoC. How much disruption of daily life would they be undergoing? No media reports this horrific state of affairs of these civilians.

India refuses UNMOGIP to patrol the LoC to verify the ‘alleged infiltrations’ from Pakistan. The world would not believe the version of India since it is party to the conflict and the words of a neutral body like UN carry weight. India is unhappy with UNMOGIP since it flatly refused to verify the Indian ‘alleged surgical strike’ in Pakistan in October 2016 since it had never occurred. How could India tolerate an independent-minded world body? But how could UNMOGIP verify something which never happened?

Pakistan is displaying patience and restrains of highest degree, but there are limits to everything. Pakistan government and Army are trying not to respond India in the same coin. The world has to take notice of this unprovoked violence and firing across LoC before it gets out of hand and turns into a conflict nobody can control