Radicalisation befalls in society through a gradual process of social/political alienation and unjust practices. At its very core, radicalisation means not only to disagree with someone but to impose personal views on others, where failing to comprehend the forced notions might lead to violent behaviour. Radicalization is caused by multiple factors like vengeance, poverty and religious fundamentalism playing varying roles at the individual, organisational and environmental levels.

Contrary to the teachings of Islam, few Muslim clerics have altered this pure course to radicalise the youth in society through the teachings in madaris. These highly polarised groups have misinterpreted Islam, breeding viciousness within and beyond national frontiers.

Undoubtedly, there are radical elements within Pakistani society whose growing influence has hampered the country’s economic, social and political progress. However, the rising stimulus has been restrained by state de-radicalisation initiatives and successful military operations against radical and terrorist factions within Pakistan. Nevertheless, what requires to contain radicalisation and its causes in Pakistan is the political resolve and determination to execute these initiatives. 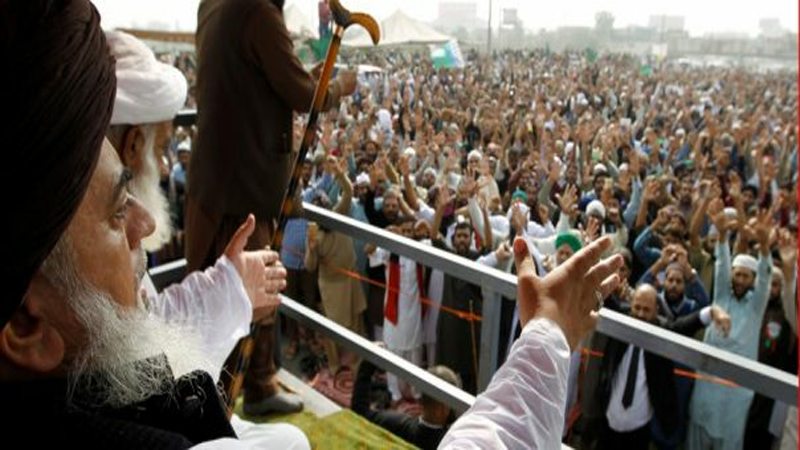 Pakistan military and political leadership had taken steps in the past to ensure the smooth de-radicalisation process. Rising tide of the religious extremism was halted to some extent during the Musharraf regime in 2001 by banning the militant religious factions in Pakistan.

Furthermore, military operations and programmes have helped to stamp out radical elements. National Action Plan (NAP) in 2014 was initiated to curb terrorism and radical factions, and it gained support from all segments of the society.

It ensures strengthening and activation of National Counter Terrorism Authority, dedicated counter-terrorism force, dealing firmly with sectarian terrorists, registration and regulation of madaris and zero tolerance for militancy. Series of these programmes have attained widespread success to restrain radicalisation. Nonetheless, much has to be done to dismantle these extremist factions operating in Pakistan completely.

Foreign funding of the terrorist groups to ingress extremism in Pakistan is another factor that has disturbed the social fabric. Pakistan shares border with two inimical nations, India to the East and Afghanistan to the West.

Youth de-radicalisation campaign, with the political will to execute it, must be an essential policy of the state at the moment. Pakistan is experiencing a youth bulge, and state must ensure steps to cash it positively

Reports and facts clarify that Indian intelligence agencies play an active role in supporting militancy in Pakistan through their funding and intelligence personnel, to generate a sectarian divide and to defame Pakistan regionally and internationally as an extremist state. Secondly, the presence of terrorist and extremist factions in Afghanistan are funded and supported by the Indian intelligence to carry out militant operations in Pakistan. Policy options and programmes must be initiated to deal with foreign extremist notions.

Many steps can be taken further to de-radicalise the society, creating cognisance and awareness regarding the mayhems of radicalised societies. Youth de-radicalisation campaign, with the political will to execute it, must be an essential policy of the state at this moment. Pakistan is experiencing a youth bulge, and state must ensure steps to cash this positively before the radical elements indulge into the society leaning them away towards the holistic radicalised web. Though history cannot be ignored, nevertheless, the focus must be on future policy formulations for the de-radicalisation process. Furthermore, the curriculum revision with more emphasis on peace education must be encouraged at national, provincial and local levels respectively.

Kinetic force alone cannot defeat these radical elements. Instead, educational reforms with the content of harmony and peace must be embedded in the curriculum. Still, politico-social initiatives will not bear any fruit if there is no political ownership and will along with public support to move them towards implementation. These measures may perhaps not completely eradicate radicalisation, but to a certain extent are sufficient to create stable future for the generations to come.