Dialogue always opens vistas of peace and prosperity. The Soviet forces withdrew in 1988 due to successful indirect parleys under the auspices of the United Nations

The United States has rejected Taliban’s offer of holding talks. The foreign troops that are deployed in Afghanistan have control on not more than 40 percent territory of the country. The US failed to get Pakistan included in the Watch List of Financial Task Action Force. The US and other countries do not wholeheartedly acknowledge sacrifices of Pakistan in combatting terrorism. It wants to put pressure on Pakistan to ‘Do More’. It will further deteriorate relations between the US and Pakistan.

Afghanistan is a landlocked country. It is surrounded by Iran to the West, Pakistan to the South-East, China to the East and Tajikistan, Turkmenistan and Uzbekistan are located in the north. Afghanistan has rich history of resisting its foreign invaders. The latest example is the failure of the Soviet Union in 1988. The deployment of forces under the flag of International Security Assistance Force (ISAF) after launching so called War on Terror has been experiencing tough resistance. The Force contains contingents from the United States and North Atlantic Treaty Organization (NATO).

The history repeats itself. This statement comes true in the case of great powers rivalry in Afghanistan. Former communist super power, the Union of Soviet Socialist Republic (USSR) invaded Afghanistan on December 29, 1979. This move had mainly six reasons.

Firstly, the Soviet Union wanted to reach warm waters of the Indian Ocean through Pakistan.

Secondly, the resistance was getting momentum against pro-Soviet governments in Afghanistan.

It may have weakened Soviet control in the area and provided an opportunity to the United States.

Fourthly, the revolution in Iran in 1979 removed the pro-US government. The Soviet Union felt that the removal of Shah’s government created conducive atmosphere for it to land its forces in Afghanistan.

Fifthly, the pro-Soviet government in Afghanistan had to face tough resistance. The revolution in Iran under the leadership of Ayotullah Khomeini might have intensified the resistance.

Lastly, ideologically, the Soviet Union was exponent of the communism. It wanted to export communism in nook and corner of the world. After dethronement of Afghan President Daud, communist government was installed in Afghanistan. New system of governance reduced its popularity in the masses day by day. It was painful for the Soviet Union. Failure of communist government in Afghanistan might have caused set back to the communist ideology and its expansionism. Thus, it wanted to protect its ideological interests in Afghanistan. 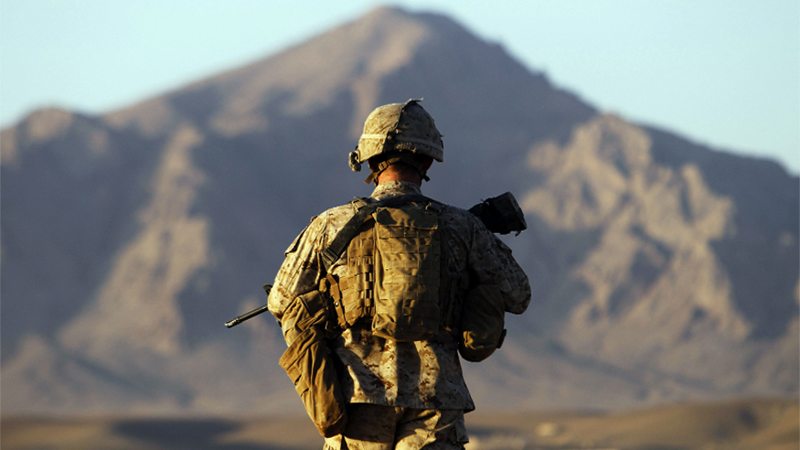 The United States came to contain Soviet advancement in Afghanistan. After a decade, the Red Power went back from Afghanistan after signing Camp David Accord in 1988. The US also went away from the region. It created vacuum which could not be bridged. This failure of international community paved the way for extremism in the region. Moreover, the Soviet Union lost its existence due to various reasons including the Glasnost and Preestroika policies of the then Soviet President, Mikhail Gorbachev. CARs emerged as independent countries.

The region of Central Asia was famous for its history and culture. It is also blessed with the natural resources including oil, gas and uranium. According to the some estimates its oil deposits are more than that of the Persian Gulf countries. Thus, the region is emerging as main theatre of global power politics. Unfortunately, all the states are landlocked. The nearest seaport to these states is Gwadar. Afghanistan may not be ignored to exploit the blessed location of Gwadar. Russian Federation, the successor of the Soviet Union, wanted to maintain its influence and control on the CARs and established Commonwealth of Independent States (CIS) in 1991. But, the CARs refused to get dictation under the flag of CIS. The region is open to all the competitors. Thus, China, Japan, the US and other countries entered the competition of influence on the natural resources of CARs.

The US wants to win the Afghan war at all cost. If non-state actors paved the way for the failure of the US, it may question the might and status of the ‘Super power’ and proponent of War on Terror. Secondly, US allies may be compelled to think question th US defence umbrella

After ten years of the inception of CIS and increasing competition between the world powers, the incident of 9/11 took place. It proved spring board for the US to enter Afghanistan and consolidate its control in the regions of South Asia, Central Asia and the West Asia. There were also other factors which convinced the US to have direct presence in the region. Firstly, NATO is remains of the cold war which came into being in 1948. It was coined against the Soviet Union and its allies. In response, Warsaw Pact was signed in 1949. With the end of the cold war, the Warsaw Pact lost its foundation whereas NATO continued in post cold war global politics.

Now there was no threat, thus, its existence was without force of logic. Its direction was moved towards terrorism. Thus, NATO forces were made part of ISAF for stationing in Afghanistan. Secondly, the US was to protect its interests in the region of Central Asia and Afghanistan is a key to it. Thirdly, the US being champion of the rights of its allies and non-allies, the presence of the US in Afghanistan was imperative. Fourthly, the US declared War on Terror and vowed to destroy haven of terrorists in Afghanistan. These terrorists were once called a Mujahideen by the US against the Soviets. Fifthly, the US aired terrorism as a threat to such an extent that the world was convinced with its narrative. Lastly, 9/11 attacks demanded prompt action by the US government to ward off sense of insecurity amongst its masses.

The Barrack Obama’s administration decided to withdraw the forces from Afghanistan by 2014. Soon this decision lost its importance. Now, the Trump administration has decided to vigorously follow its policy in Afghanistan. But it seems that the US has been losing day by day. Unfortunately, the US could not find a person or mechanism to install at the helm of affairs of Afghanistan to win the confidence of the masses against the Talibans and other fighting groups. Ex-President, Hamid Karzai blamed foreign countries for corruption in Afghanistan.

The Talibans have offered the US of holding talks on Afghanistan but it has refused. There may be some reasons of refusing the talks. Firstly, the US wants to win the Afghan war at every cost. If non-state actors paved the way for the failure of the US, it may question the might and status of the ‘Super power’ of the proponent of War on Terror. Secondly, the allies may be compelled to think about the US defence umbrella. Thirdly, Russian Federation has probably not forgotten its days of glory. It may want to take revenge from its competitor of the cold war. The US may not afford to permit its opponent.

Fourthly, the talks with the Talibans may bring message of peace to the war-torn country. Subsequently, the foreign forces stationed in Afghanistan will go back. Survival of NATO may come under question as every alliance remains in search of a target harmful to the collective interest. Fourthly, the US may not afford to leave ground open for its rivals ie Russia and China. It wants to protect its interests in the region of Central Asia. For this, Afghanistan is vital. Lastly, the changes of the post cold war period are due. A few have taken place and others are to follow. How these changes take place only a time will decide but it is natural principle that each climax has its downfall. And what he sows so he shall reap. The US wants to control these changes.

War is not a solution of any issue. Dialogue always opens vistas of peace and prosperity. The Soviet forces withdrew in 1988 due to successful indirect parleys under the auspices of the United Nations. Dove of peace may be given chance to end Afghan imbroglio.