Pakistani women in science: myth and reality — I

There have been many articles written on ‘Women in Science’, since the February 11, 2018, which had been designated the International Day of Women and Girls in Science by the UN. One article, written by GeoTech Engineer Ramia Qureshi, Founder and CEO of Women Engineers Pakistan, appeared in The News International on that day.

It claimed that girls are not encouraged to study science and engineering. As far as natural sciences are concerned, girls are only encouraged to study medicine (and presumably the related sciences of Biology and Chemistry). She admits that plenty of women are to be found in medical colleges but asks why girls ‘lose interest in fields related to engineering technology and mathematics’. I take it that physics is included in the subjects she is talking about. I happen to have spent a very long time teaching these two subjects at various levels in universities and my impression is that this claim has been false for at least a couple of decades.

I recall a MSc Mathematics class at Quaid-i-Azam University about 15 years ago in which there were 28 women and 24 men. Any questions I asked, only the women could answer and the men were blank. Over the two years of MSc, many of the men dropped out but hardly any of the women. By the end, the number of girls was 50 percent higher than the number of boys. More strikingly the grade point average of the class differed by over one between them, in favour of the girls. Another time, I was invited for a talk with the MSc, M.Phil. and PhD students of the Mathematics Department of Punjab University. There was a most of the room where the talk was taking place was occupied by women. There were only a few men in comparison, sitting in the back rows. In fact, I pretended to shade my eyes and look around and then pointed to a male at the back and said “Oh, look! There is a man.” However, impressions and anecdotal reminiscences are notoriously misleading and “one swallow does not a summer make”.

Let us look at the facts. I collected the data for the top three universities of Pakistan: NUST, Quaid-i-Azam University (QAU), and Punjab University.

This data does not seem to support the claim of the article. At NUST the women outnumber the men at the Undergraduate level and at QAU there are twice as many women students at the PhD level.

Here the claims in Ramia Qureshi’s article diverge preposterously from the research. Women are completely dominating the scene. What is happening? How can people be making claims that fly in the face of the facts? The reality is that women dominate men in science and mathematics at all levels (except for BS Physics).

I recall a MSc Mathematics class at Quaid-e-Azam University about 15 years ago in which there were 28 women and 24 men. Any questions I asked, only the women could answer 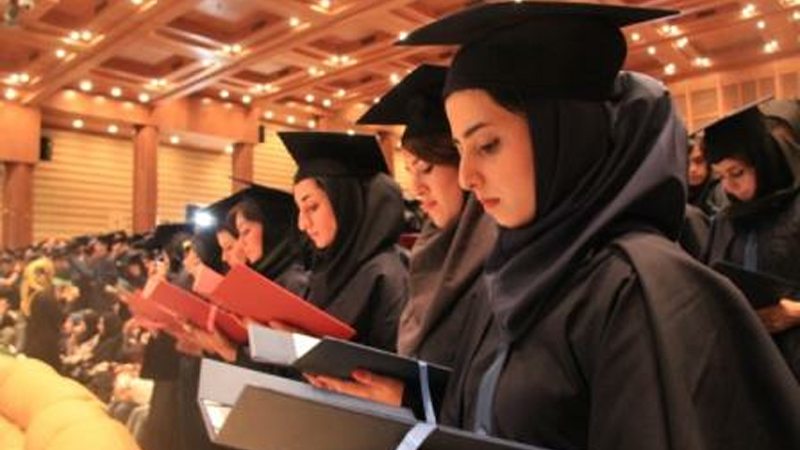 There are no abductions, but it is a conspiracy against the highly qualified female physicists and mathematicians. Who is behind this conspiracy? Well, it is you and I and all of us, including the highly qualified women! It is what I would call a ‘conspiracy of the culture’. There is a myth that is taught to all, that women can only be complete if they marry and have children. There is a social stigma for unmarried women (spinsters) that is not matched by a corresponding stigma for unmarried men (bachelors). A male should preferably get married when he has a secure job but a woman must be married. People like to quote the biological necessity for women but do not address how it is less necessary for males. At the back of it is the point that our society forbids women from having relations with men before marriage but winks at it for men. For a female it is worse than a crime –– it is a sin –– but for a male it is a peccadillo.

Another myth is that there is a small window for women to be ‘of marriageable age’, and most of it is lost if the female studies for the PhD and it closes if she does not get married immediately after the PhD. It is true that men have a longer procreative duration, but it is preferable that there be no more than one or two children in any case. The myth is the implicit unstated premise that the only role of women after marriage is to go on producing child after child after child!

Here I pointed out two myths that are doing serious damage to our society and argued that we need to dispense with these myths to correct our development in the sciences. In the next part, I will discuss the damage being done as a result of the second myth.

The writer is a Professor Emeritus at the Physics Department of the School of Natural Sciences of the National University of Science and Technology, Islamabad