An individual’s act put the entire community at risk, therefore, young Christian youth must exhibit extra commitment to their motherland 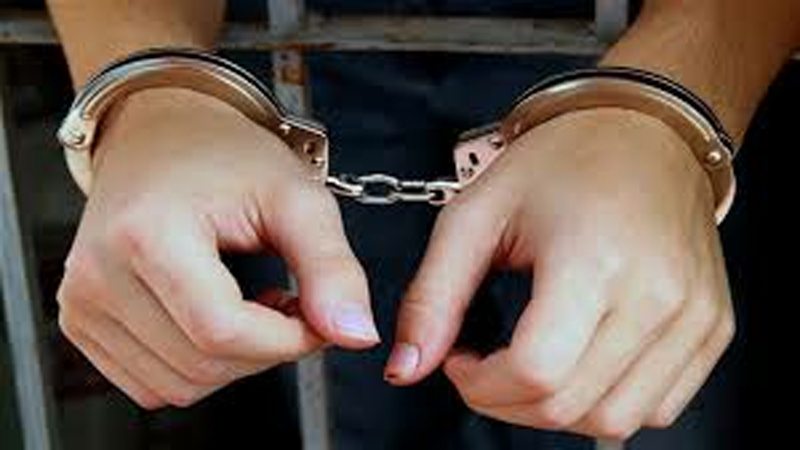 In Lahore’s Shahdara, an 18 years old Christian young man, a sweeper by profession was accused of sharing a blasphemous image on a Facebook page created by Muslims. As usual, an outraged Muslim mob protested violently blocking all main entrances to Lahore.

The hot-headed mob led by the Tehreek-e-Labaik Ya Rasool Allah demanded the beheading of Patras Masih, the accused Christian for his alleged sacrilegious act. The police and other law enforcing agencies successfully dispersed the mob with an affirm promise of registering a blasphemy case against Patras Masih, under section 295 C of Pakistan Penal Code that carries a mandatory death sentence. Probably the promise of registering blasphemy case under the harshest version of blasphemy case was to pacify the mob and not on the basis of the nature of the crime committed.

Furthermore, it was not the prerogative of the negotiating police officers to accept the demand of the mob for bringing serious charges against anyone involved but the investigating police officer who decides the levelling of criminal charges once the FIR is registered. After the protest was over, some so-called Christian political and religious leaders also jumped into negotiation making a written peace agreement but they failed to satisfy the Muslim leadership that Masih had no intention of committing blasphemy.

In the light of their agreement, approximately 800 Christians families who had fled the area because of the fear their house would be torched, came back to live in harmony with other Muslim cohabitants. However, Muslim religious clerics did not compromise to let decide the police or courts to bring criminal charges against Patras Masih in light of the nature of the crime, if committed.

However, just because of the mob pressure, the trend of bringing serious charges against poor minorities will bring more harm to the stumbling justice system of the country and also, it will expose the bad intentions of the majority community to penalize minorities under the discriminatory religious legislation. In 2016, there was almost a similar case against Nabeel Masih, a young Christian from Bhai Pheru, Lahore who was convicted under provision 295-A of the blasphemy laws for ‘liking’ a derogatory image of the Khana Kaaba.

In this case, the family of Patras Masih has denied these charges claiming Patras’s mobile phone was with the technician for repair since last December and that Patras Masih was no more using his mobile phone. Once the case is investigated, the truth will come to surface that who else was involved in using that particular Facebook page, apparently, the page was started by some Muslims of the area.

The government and other institutions are responsible to ensure a conducive social environment where all communities can live together in harmony regardless of religion or ethnicity. Blasphemy laws in Pakistan are not only dangerous for the religious minorities of the country but are frequently used to persecute Muslims as well

In these circumstances what should they do? There are some active sections among minorities who could help their respective communities to deal with these issues, especially regarding the use of social media.

During the last one decade, social media has enwrapped the whole world and indeed Pakistan has no exception. Even poor communities like minorities find it easy to get access to social media using expensive gadgets, sometimes even without knowing the correct use of such tiny intelligent machines. Apparently, Patras Masih is an illiterate person but Heaven forbid, he tried to use the smart phone and trapped. Unfortunately, social media is an unbridled horse, if not used wisely and carefully, can injure seriously to its users. The social media is an extended form of journalism to share the information for the good of the fellow human beings but unfortunately, its abuse is creating more troubles in the society. The increasing power of the social media has compelled world’s leaders to use it as a medium of the quickest communication. But if a poor Christian sweeper uses it for sharing something, it becomes blasphemous.

A careful observation will unveil the truth that there are certain free minded individuals or groups who criticize and make fun of religions through social media. The most mocked religion in the social media is Christianity. In the secular countries of the world, atheists use social media for promoting their anti-God and anti-religions ideology. But because of the secularism in several countries of the world, this is deemed ‘the freedom of expression’.

Last year in Pakistan several bloggers were arrested for the controversial or blasphemous content they uploaded on their specific social media pages. Against which a strong policy was made by the interior ministry as well the courts of the country.

With regard to Pakistani minorities, there is a misconception that if someone shares anti-Islam content, he gets easy access to the western countries. Whereas, there is no such option available in the different countries guidance notes of immigration and asylum. This is obvious that in Pakistan, there are some Christian religious and political leaders, among them the John Samuel, Bishop of Faisalabad, Diocese and his family are notable individuals who exploited Christian minority after Gojra massacre in 2009 and they charged millions of Pakistani rupees from poor Christians of Gojra to move them to Thailand for better life.

Therefore, this is the duty of parents, social NGOs, and the genuine Church leaders to help their poor communities not to involve themselves in such activities which put them and other community in anti-religious danger. Especially the Christian NGOs could play a good role to organise the programmes of awareness about the use and abuse of social media.

Another factor which cannot be ignored is that in most of the blasphemy cases registered, it has been observed that Muslim complainants levelled blasphemy charges against religious minorities to settle their personal vendettas. This increasing trend must be checked instantly.

The government and other institutions are responsible to ensure a conducive social environment where all communities regardless of their religion or faith could live together in harmony.

Blasphemy laws in Pakistan are not only dangerous for the religious minorities of the country but now frequently are used to persecute Muslims as well. Every single blasphemy case registered in Pakistan brings the bad name to the country. The religions minorities living in the country must be very careful while expressing their opinions. Speaking against any religion serves to none but invite unwelcomed miseries.

An individual’s act put the entire community at risk, therefore, young Christian youth must exhibit the extra commitment to their motherland. We hope and pray Patras Masih get justice but it is our collective responsibility to teach our generations to live peacefully and in harmony with the majority community.