Why universities should ban PowerPoint? 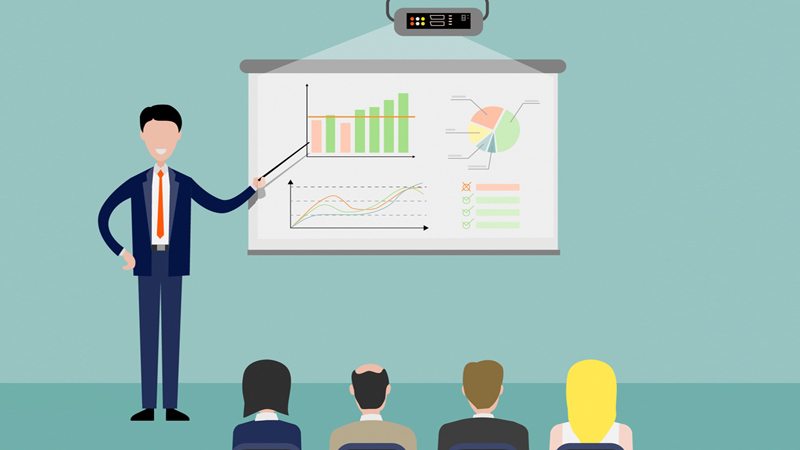 While technology is affecting every aspect of human life as such cellular phones are causing brain tumor, continuous disruption, car accidents, addiction among young generation and disconnectivity from real life engagements and so on, academia is no exception where many universities have already banned Facebook and mobile phones during lectures and now call for embargoing popular PowerPoint gadget is increasing with every passing of day.

You’ll never believe it but, a debate has reignited around the world especially in universities whether to put ban on PowerPoint or not. Can you imagine it that in Pakistan’s context where literacy rate is already lower than 60% and institutions of higher education i.e. universities are coping with research issues, the ban on popular PowerPoint would be a good decision because instead of improving intellectual capabilities of the students, this tool is impairing them greatly.

Without any doubt, new presentation technologies like Prezi, Impress, or SlideRocket contain a lot useful features and are built on the concept of 3D and 4D animation, but they’re not producing the expected results and instead of real learning, students are facing the issues of boredom, demotivation and in some cases no learning at all. If you ask me, the PowerPoint is impeding human intellectual growth and critical thinking.

It is hard to follow PPT presentations and if you miss one slide, you’re likely to lose all points and find it difficult to keep pace with the speed and style. To begin with, Microsoft introduced PowerPoint software in 1987 and today as per an estimation more or less 30 million presentations in the world are given every day through PowerPoint. But as the time went by, researchers have come out with findings that show that PowerPoint slides are oversimplified and bullet points omit the complexities of actual topic making both teachers and students stay away from in-depth studies.

One argument for this is that slides are immensely skipping the learning process that is all about student-teacher interaction, group discussion and question-answer sessions. Furthermore, it has been noted that only incompetent and lazy teachers; those who are not true scholars take help from PowerPoint in order to leave an impression on students and university management that they are capable teachers. It surprises me that many teachers do not even bother making their own PPT presentations; they just google it and change the original name and replace it with theirs.

If any university teacher claims that they could teach everything through PowerPoint, they’re liars because they don’t take responsibility for preparing the lecture thoroughly after delving into the subject. I believe that quality content cannot be delivered merely PowerPoint.

Thirdly, banking too much on slides has espoused a belief among the students that they don’t need consulting the course-books, taking notes and doing homework. Because it is no the requirement for attempting the exam as they can easily pass it by preparing the slides.  In addition to that, university teachers have designed probably every course around the core concept of PowerPoint and this phenomenon paves a way for a myth that students can acquire knowledge without going through a couple of books, hundreds of research articles, dissertations and thousands of case studies so forth and so on.

By using PowerPoint, teachers want to create monopoly over the students and they make them believe that the content prepared in the form of PowerPoint is authoritative and all-inclusive so it should be regarded as the whole content or substitute to a book. In order to satisfy the students, it is necessary that teachers ought to be competent enough and prepare themselves for complete lesson planning and demonstration as are the requirements of higher education.

The fourth reason to ban PowerPoint is that it is discouraging critical thinking in students because bullet points, abstract figures and tables are not sufficient to impart reasoning skills among the students who escape a thorough analysis of a problem, a book, and an abstract phenomena. Fifthly, when the lecture is presented in the form of slides, most of the students think that it is a waste of time to read a complete course-book, dissertation and attend the classes regularly.

Sixthly, PowerPoint is not allowing time for the students to improve their writing skills and teachers never bother to take the pain in this regard. Many years later, when these students step into the practical life and cope with writing problems while at the job, they realize that they made a terrible mistake for lavishing time on PowerPoint reading.

It is difficult to understand why teachers prepare the whole lecture around the theme of PowerPoint and would judge students’ performance in the exam. You’ll never believe it but it is true that even teachers’ writing skills worsen because they do not find enough time to do drafting and practice. Rather their whole focus is generating writing in bullet points so students are following this suit.

Seventhly, PowerPoint is engendering students’ confidence and accommodating dependency, laziness and overall procrastination among the teachers as it is probably painstaking to get back to a book repeatedly and do the needful. Most probably, only ready made PPT presentations are downloaded from the internet without authenticating the material. This is the worst example of non-professionalism as teachers disclaim their responsibility of reading the course-book and additional supportive material themselves.

They are not willing to spare time to consult other material and prepare the content from other sources.  Eighthly, PowerPoint is ruling out possibilities of classroom engagement and its adjacent forms like student-teacher interaction. The whole time is spent on reading the slides and there is hardly any room for instant feedback and vice versa.

Ninthly, the excessive use of PowerPoint shows that teachers’ exposure to other useful content is limited. They’re not referring to other sources other than slides that could be useful and helpful for grasping the content. Moreover, when a teacher delivers a lecture through PowerPoint he or she is actually cultivating a culture of addiction among the students who become so accustomed to reading the stuff in a way that they cannot demonstrate willingness for consulting other stuff such as reference books, research papers, thesis, case studies and so on.

What students are doing in this regard is that they’re wasting their time on searching PowerPoint (PPT) presentations on the internet. The eleventh reason why universities should ban PowerPoint is that it makes students stupid and professors boring. The PowerPoint is creating boredom and dullness among the students because many teachers have been observed reading from the slides like news presenters at TV or as if a robot were talking to them.

Finally, there’s no enjoyment, no fun and no engagement in the world called classroom, but only slides, bullet point and that’s all. Students take no interest in PowerPoint lectures because they think that they’d themselves search and download the slides and read them. This never happens.

Let us now turn to the fact that as long as long as universities continue to allow teachers to employ PowerPoint, the standard of education can never be enhanced. PowerPoint is the enemy of teaching-learning process. The evidence I would use to support this is that the fore and foremost point is that teachers are not supposed to be selling the bullet point knowledge to the students and receiving the salaries, rather it is their core responsibility to transform them into genuine leaders who are able to speak with the confidence without seeking help from the slides.

My next point concerns are that as long as PowerPoint is allowed in universities, less hard work and less learning will last for. It is because learning through PowerPoint is quite slow and tiring, it is frittering away real talent and embargoing teachers to grow up more professionally. Teachers are not actors to give a temporary performance in the classroom, rather teaching is a constant process, which requires hardworking and taking responsibility for delivering the results.

When teachers deliver the content through a chalk or a marker, they actually engage the students in the real process of acquiring knowledge. In this way action takes place where students note down points, ask questions, interact with their classmates and find enough time to ponder over the situation.

It would seem logical to think that time has come for our universities to impose ban on PowerPoint as it can never empower academia and pave way for advanced research and reading culture. A research conducted in the United States shows that a third of American undergraduates demonstrated no significant improvement in learning over their four-year degree programs and this was the result of making use of PowerPoint by the teachers.

Similarly, Dr. Paul Donovan, a professor at Ireland’s Maynooth University recently wrote an article in Irish Times favoring the ban on PowerPoint and holding the opinion that much improvement was observed in students’ learning when he started teaching without PowerPoint. It is the reason why some influencing people, such as American statistician Edward Tufte have called PowerPoint “evil”.

I am not totally against PowerPoint. It could be used in other fields, but I would strongly recommend its ban in academia as this is a different world. The evidence presented leads me to conclude that as we know most of the universities around the world are actually defending Microsoft’s monopoly by stealth, by architecturally letting the projector and PowerPoint take superiority over other technologies such as the blackboard.

My overall feeling is that when PowerPoint is not applicable in a number of areas such as books and reports are not designed in bullet points, newspapers and magazines that contain a flow of information are not presented in bullet format and most importantly, students never attempt their exams in bullet point, then why this anti-thinking gadget is still in the practice?

Strangely, our policymakers and university managements are not envisioning the terrible consequences that could destroy a generation of ours and plunge them in the darkness. Let’s ban strictly ban PowerPoint.

The writer frequently writes on education, language and society. He tweets at @visions2050