The recent increase in violations across the Line of Control (LoC) by the Indian troops has resulted in severe hardships for the people living on both sides of the border.

According to Al-Jazeera, the number of violations in 2017 reached more than staggering 1,300 times, killing at least 52 and injuring 175 civilians. Very recent statistics indicate that the first three weeks of 2018 have witnessed continuous spree of violations of LoC and Working Boundary (WB) by Indian Army and Indian Border Force (BSF). During these violations, in addition to small arms, heavy weapons were used to kill dozens and to injure hundreds of innocent civilians straddling LoC and WB violating the UN resolutions and Ceasefire Agreement-2003 and all international norms of engagement not to target civilian population.

The increase in such violations is phenomenal since the assumption of governmental control by ultra-conservative Modi government. The augmented ceasefire violations coincide with an increasing trend in the persecution of religious minorities particularly Muslims. The intransigence of the part of India is not limited to Line of Control only; it extends to Working Boundary as well. 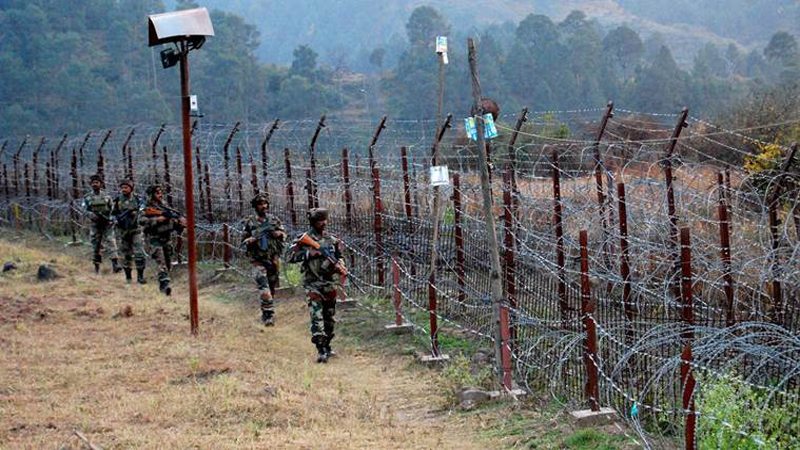 The pattern of events indicates a probable violent conflagration between the two nuclear-armed neighbours. The situation is fraught with risks to an already fragile and uneasy peace prevailing between the two countries. It is the need of the time that saner sense should prevail and efforts be directed to avert any eventuality. The history of these violations dates back to the Indian invasion of Kashmir on October 27, 1947 which gave rise to India-Pakistan war that continued till January 1, 1949 when United Nations intervened to effect ceasefire between the two countries. Later developments resulted in bilateral agreements between the two countries like Karachi Agreement-1949 establishing a ceasefire in the State of Jammu and Kashmir. The ceasefire was to be backed and supervised by the UN through the Truce Subcommittee of the United Nations Commission for India and Pakistan (UNCIP) which was established by UNSC Resolution 47, passed on April 21, 1948 and further to resolve the Kashmir conflict through mediation. This resolution was an extension of and improvement upon an earlier Resolution 39 adopted on Jan. 20, 1948 setting up a commission of three members.  The UNSC Resolution 47 undertook to enhance the number of members to five. The Commission was directed to visit India and Pakistan to restore peace in the region and to prepare for the plebiscite in Kashmir. The Commission continued to function till Mar. 1951 when UNSC, through Resolution 91(1951) formed United Nations Military Observers Group in India and Pakistan (UNMOGIP) to supervise Ceasefire Line (CFL) now renamed as Line of Control (LoC).

The increase in such violations is phenomenal since the assumption of governmental control by ultra-conservative Modi government. The augmented ceasefire violations coincide with an increasing trend in the persecution of religious minorities particularly Muslims. The intransigence of the part of India is not limited to Line of Control only; it extends to Working Boundary as well

Since the signing of Simla Accord of 1972, India has stopped UNMOGIP from visiting LoC misinterpreting Simla Accord through misleading proclamations thereby confusing the world community that Kashmir has thus become a bilateral issue between India and Pakistan to be resolved bilaterally. The fact is that Kashmir is not a bilateral issue between India and Pakistan as, in addition to Kashmiris, the real stakeholders are China, which controls 9000 square miles of the area, and the UN which has played historical role by adopting a number of resolutions, are also important stakeholders in the issue. Taking a holistic view of the issue, the Indian mantra of bilateralism in Kashmir dispute does not seem to hold much water nor is LoC a permanent border.

India attempts to draw multiple benefits out of the massive violations of LoC. On the one hand, it is diverting the world attention from massive violations of human rights being perpetrated in India-occupied Kashmir (IOK); on the other, it aims to label Pakistan as the state sponsor of terrorism in IOK, in addition to obstructing the construction of China-Pakistan Economic Corridor (CPAC). As far as the Indian allegations of Pakistan as the state sponsor of terrorism in IOK are concerned, there does not seem to be much substance as the LoC is heavily fenced with no probability of unilateral crossing from Pakistan. The height of Indian callousness can be gauged from a recent incident in which Indian security forces have gone to the extent of targeting a school van killing several children near LoC thereby flouting all international norms of engagement. India thinks that the threatening posture can arm-twist Pakistan into accepting its hegemonic designs.

Kashmir is not just a territorial dispute between two neighbours, it has been turned into the epicentre of humanitarian crisis as well in which over six hundred thousand Indian troops have turned Kashmir valley into a virtual jail for the Kashmiris. People there are sporadically denied access to electronic and social media to put across their plight to the outside world. Arbitrary detentions and staged encounters in which freedom loving activists are being put to death is the order of the day. Forced disappearances and denial of access to international organisations to investigate human rights violations are among the state policy tools in a bid to curb the legitimate political aspirations of the people of Kashmir. A state policy of persecution of the people of Kashmir for over seventy years since the occupation of Kashmir by India has failed to distance Kashmiris from the aspirations of their inalienable right to self-determination in a fair, equitable and transparent manner.

The situation along LoC is fraught with diabolical consequences for both world and regional peace as any misadventure may likely lead to deadly clash between two nuclear-armed neighbours in South-East Asia. The recent hint of surgical strikes from Indian side can wreak havoc with the already fragile security situation along LoC. Any such misadventure from either side has great potential of turning into nuclear trade-off between the two countries. The need of the hour is to talk and act sense so that the catastrophic eventuality may be averted. In a scenario such as this, the responsibility of international community and the UN increases manifold as they need to act vigorously and proactively to avert nuclear apocalypse in South-East Asia before it is too late.

(The author is a Ph.D Scholar and a College Principal at Chiniot)