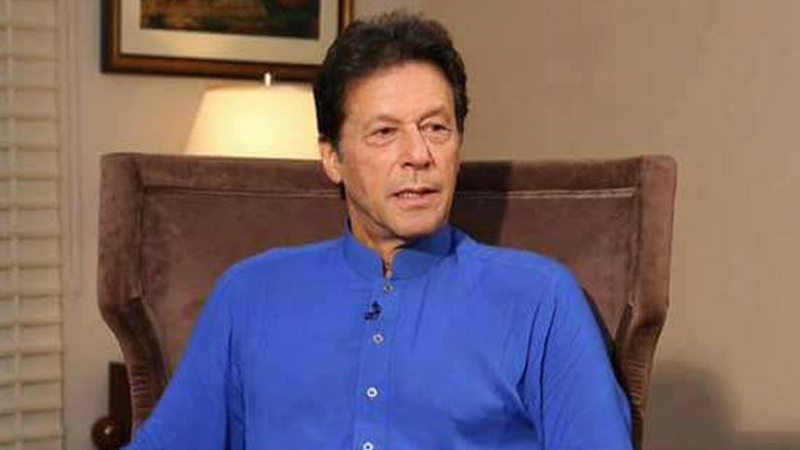 ISLAMABAD: PTI chairman Imran Khan reiterated on Saturday his support for KP government’s decision to fund Darul Uloom Haqqania, the seminary run by JUI-S chief Samiul Haq and notorious for being the nursery of Taliban.

Speaking at a press conference, Khan said that 2.5 million students were studying in madrassas under the Darul Uloom Haqqania network because their parents could not afford to pay fees at private schools. “Haqqania has a network of madrassas. We are trying to bring their students to the mainstream. Are those 2.5 million kids not ours?” he asked.

Earlier, he claimed that Ahad Cheema – the ex-head of Lahore Development Authority who has been arrested by National Accountability Bureau (NAB) over corruption charges related to the Ashiana Housing Scheme – was the front man of Punjab CM Shehbaz Sharif.

He was speaking at a press conference in Islamabad.

PTI chairman said the nexus between the Sharifs and the bureaucracy in the Punjab had enabled the former to embezzle funds from development projects.

Further continuing his claims against the ruling party and leading civil servants in the country, Khan said that Aftab Sultan of the Intelligence Bureau, the civil intelligence agency, was helping the PMLN pick and choose electables in different constituencies.

Imran Khan also raised allegations against Qamar Zaman, saying that his corruption was out there in the open for all to see. “PMLN used him to clear their names in Hudaibiya Paper Mills case, ” he said, adding that the SECP’s Zafar Hijazi was another one of Sharif’s servants.

Regarding the bureaucracy in Khyber Pakhtunkhwa (KP), he claimed that he had made it very clear to the bureaucrats in KP that they are public servants.

He mentioned a report compiled by the International Monetary Fund (IMF) that held that political leaders in third world countries like Pakistan earned kickbacks through mega projects. He said that the Multan Metro bus project had apparently cost Rs.30 billion to the public and yet the bus service was not operational.

Talking about police reforms in KP, he said both former and serving KP IGs have admitted that the government never pressured them. Comparing the state of affairs in the Police Department of KP to Sindh, he said AD Khwaja is considered as a nuisance by the provincial government because he speaks against corruption in the province.