Pakistanis have suffered under both authoritarian and so-called democratic regimes 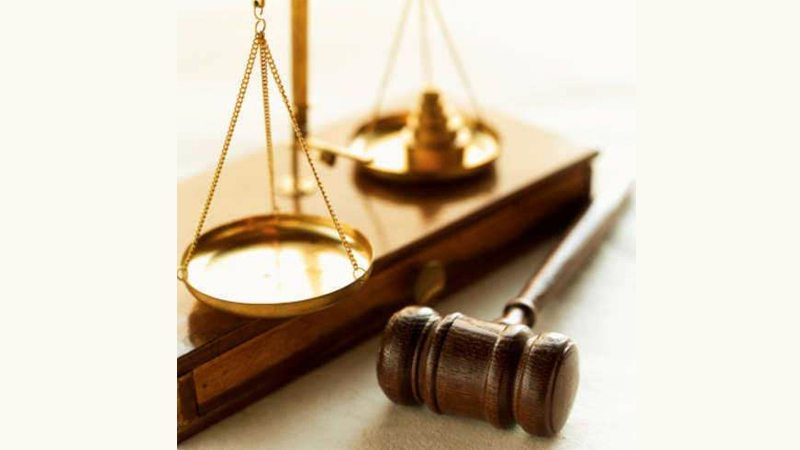 Pakistan has been facing a number of dilemmas ever since it got independence, , the state has been suffering oscillating between military regimes and fragile democracies in which the corrupt elite looted and plundered the developing nation. People have suffered under both authoritarian and so-called democratic regimes.

Though the constitution of 1973 clearly echoes with the basic principles of the rule of law and separation of power within the three pillars of the state, yet this concept seems to be only conjectural in the Islamic Republic of Pakistan. If these powers are not separated, there shall be lawlessness, which is already prevalent in our country. In 1974, a French political thinker Montesquieu wrote, ‘When the legislative and executive powers are united in the same person, or in the same body of magistrates, there can be no liberty … there is no liberty if the power of judging is not separated from the legislative and executive … there would be an end to everything, if the same man or the same body … were to exercise those three powers.’

The courts, under those old regimes, lacked power and strength for judicial review actions for challenging the political or military bureaucracies. However, the lawyer’s Movement of 2007 acted as catalyst for judiciary giving strength and independence it required to counter the turbulent state of affairs. Pakistan saw the emergence of judiciary as an independent and impartial strong pillar of state protected by the 18th amendment of the Constitution. During this tenure, many landmark decisions came from the honorable Supreme Court by Chief Justice Iftikhar Chaudhry. The apex Court heavily relied upon the power of Suo Moto granted under article 184(3) of the Constitution of Pakistan. This wave of judicial activism was welcomed by the nation, which was crumbling from political turmoil and injustice. One may justify this overzealous approach under the pretext of necessity of time. But this goes without saying that many jurists called such actions of the Court ‘politically motivated’ and contrary to the power vested by the constitution. Majority of rulings the court gave during this time were much appreciated and admired, yet few instances cast doubts as to the impartiality of the said bench. By the end of tenure, Justice Iftikhar’s popularity was low due to ineffectiveness of the notices he took during his time.

The SC is considering issues of policy-making, which otherwise fall under the Parliament’s domain. For example, the court is determining the term of a disqualified person under article 62(1)(f) of the Constitution

The transition was smooth, as the subsequent Chief justices and the apex court developed law back by reason, precedent and within the constitutional principles. It is during this time that Pakistan experienced one of the most proficient and impartial judicial officers at the bench of Supreme Court. This remains same today, indubitably the current Honorable Chief Justice Mian Saqib Nasir and the bench of SC consists of some highly competent legal minds in Pakistan.

Public confidence upon the court was restored as the court was actively, involved in dispensing justice and arbitrary actions of the state. Panama Leaks was the turning point in the recent history, where the opposition parties approached the honorable SC, to decide the fate of an elected Prime Minister Nawaz Sharif for his alleged concealment of declaration of assets. The disqualification verdict which came after lengthy hearing was met with severe criticism by the government. Many questioned the jurisdiction of the court to announce such a decision. It led to an expressed tussle between the current government and the Supreme Court. The N league leaders took upon themselves to ridicule the Honorable court in every possible manner. The court reacted too in form of activism and is relying heavily on the power of Suo Moto just like during the time of Justice Iftikhar.

In the first two months of January and February 2018, the number of Suo Moto actions exceeds the total number of notices undertaken in 2017. Prima Facie, this seems to be a much plausible step as the court is keeping a check and balance on the executive. Perhaps, this is the voice of public at large. The Court is considering many policy-making issues, which are purely under the domain of the Parliament. For example, the court is determining the term of a disqualified person under article 62(1)(f) of the Constitution. This path is dangerous, and can create a democratic deficit, a term commonly referred to when the unelected members of the society start crafting the law. For this reason the courts are bound by law, thus they are termed as courts of Law rather than courts of Justice. They are the creation of constitution, which in essence is created by the elected parliament.

This leads us to the perpetual debate, which is twofold; firstly, judges who are unelected members of the society should be making law or merely declaring the law? Though many common law judges consider it their duty, that where law is silent and requires interpretation of common law can and should make law. Lord Justice Reid in his famous book The Judge as Lawmaker, quotes ‘We do not believe in fairy tales any more. So we must accept the fact that for better or worse judges do make law, and tackle the question how do they approach their task and how they should approach it.’ Many jurists disagree with this approach, for example, Ran Hirschl, who in his book ‘Towards Juristocracy’, charted that the extraordinary amount of power that has been transferred from elected representatives to these unelected and socially insulated judges and lawyers have taken away the very meaning of democracy.

Though this unorthodox way of considering judicial activism in this repulsive way is uncommon, the courts are very careful for the same reason. Even CJP, recently during hearing of a case pertaining to Katas Raj temple, said it did not matter what is being said about the parliament by others, the SC believes parliament is a supreme institution and has the absolute right for creating law. So in order to answer this query one can conclude that judges are vested some right of creating the law but they need to have a cautious approach while doing so, as not to step in the shoes of the executive and legislator. After all, the judiciary has long been used as a means of ameliorating the egalitarian instincts of democracy.

The second justification for the court taking Legislative and executive role upon itself, is usually justified because of inefficacy of executive and legislator. This approach of Necessitas non habet legem (in case of emergency, necessity prevails) usually seems like a need of an hour where no other institution is willing to perform its role, the court ought to take the good Samaritan’s position. But while doing so its on a perilous path which can lead to noncompliance on part of executive. Lack of harmonization among the legislative body and the court will lead to uncertainty. Take for example, the supreme court disqualified PM Nawaz from his office along with his right to be the head of political party, in reaction N league passed the election Bill 2017 which allowed a disqualified person to remain the head of political party.

Where is the end to all this? Sir Winston Cruchill correctly stated ‘With great power comes great responsibility.’ The SC today enjoys great respect and independence; it needs to reflect comity and harmonization between the other two pillars of state. The excessive use of Suo moto will lead to inefficacy and noncompliance as it has in past.

History has time and again shown that unlimited power in the hands of one person or group in most cases means that others are suppressed or their powers curtailed. The separation of powers in a democracy is to prevent abuse of power and to safeguard freedom for all. Such activism will lead to a state of Juristocracy, which may not reflect the will of public at large and ultimately lack of confidence among the citizens. Lord Justice Lawton beautifully sums up the role of Judges which must be reflected by our Honorable Judges, he states ‘I regard myself as a referee. I can blow myself judicial whistle when the ball goes out of play; but when the game restarts I must neither take part in it nor tell the players how to play’. Let Democracy prevail!

The writer is an Islamabad-based lawyer. He has a Masters in Law from University of California, Berkeley. He can be contacted at ahmadwaqas91@berkeley.edu