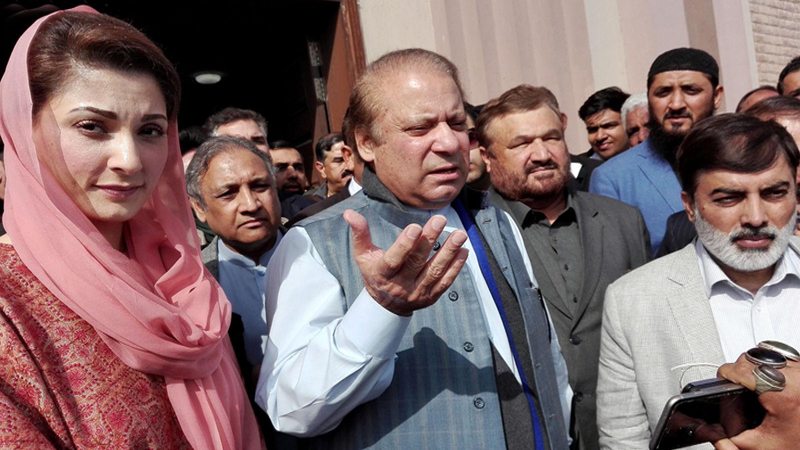 Speaking to the media, Sharif said that the country’s ‘premier’ party Pakistan Muslim League-Nawaz (PML-N) was disqualified from contesting Senate elections. He added that the SC decision to oust him from holding party or public office will be ‘written in Golden words’ in Pakistan’s history.

Nawaz continued that he was ousted from premiership in July 2017 and now the former PM has been disqualified from party headship. “They might now disqualify me from contesting elections as well, after they have already deemed me ineligible for premiership and party headship,” Nawaz said.

The former PM complained that he was termed ‘Sicilian mafia’, ‘thief’ by the judges and that such a decision is beyond his ‘comprehension’.

Earlier on Wednesday, announcing its decision in a case regarding the Election Act 2017, the SC elaborated that a person disqualified under Article 62, 63 of the Constitution cannot hold party office.

As a result of the verdict, all decisions made by Nawaz as party president including the nomination of candidates for the Senate elections were invalidated.

A three-member bench, headed by Chief Justice Saqib Nisar, had been hearing several petitions challenging specific clauses of the act that led to Sharif’s appointment as party president following his disqualification as prime minister in the Panama Papers case.

The verdict also read that party presidency was directly related to the parliament. The bench directed the Election Commission of Pakistan (ECP) to remove Nawaz’s name from the column of party presidents.