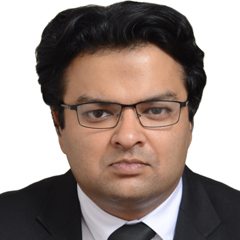 After the SC’s ruling that struck down Nawaz Sharif from party’s presidency, the position of Pervez Musharraf has also now become questionable

Mr Nawaz Sharif has once again been disqualified. In their decision dated 21st February 2018 the bench of the Supreme Court of Pakistan headed by the Chief Justice of Pakistan has directed the Election Commission of Pakistan to remove the name of Mr. Nawaz Sharif as party head of PML-N. On points of law however I have strong reservations on this decision. The Supreme Court has admitted the Petitions No 37 to 45, 47 to 51 & 54 of 2017 and CMA No 244 of 2017 in their original jurisdiction under Article 184(3) of the Constitution of Pakistan.

Under Article 184(3), the Supreme Court can pass orders regarding matters of public importance with reference to the enforcement of any of the fundamental rights conferred by Chapter I and II of the Constitution and such order shall be of the nature as mentioned in the said article. With respect to the present petitions the Supreme Court has cited Article 17 of the Constitution.

Article 17(2) of the Constitution is part of the fundamental rights granted to the citizens of Pakistan and provides “that every citizen of Pakistan not being in the service of Pakistan has the right to form or be a member of a political party subject to any reasonable restrictions imposed by law in the interest of the sovereignty or integrity of Pakistan and such law shall provide that where the Federal Government declares that any political party has been formed or is operating in a manner prejudicial to the sovereignty or integrity of Pakistan or public order, the Federal Government shall, within 15 days of such declaration refer the matter to the Supreme Court whose decision shall be final.”

It is thus clear from a reading of Article 17 (2) that every citizen of Pakistan has the right to form or be part of a political party subject to reasonable restrictions imposed by law in the interest of the sovereignty of Pakistan. It is also clear from this Article that the reasonable restrictions imposed by law are those which are deemed by the Federal Government to be anti-Pakistan and which are then referred by the Federal Government to the Supreme Court to deliberate upon.

Article 12 states that no law shall authorise the punishment of a person for an act or omission that was not punishable by law at the time of the act or omission. Thus, the Supreme Court has erred in stating that all acts of Nawaz Sharif from 28.07.2017 as party head have been nullfied

In the present scenario, the Federal Government did not deem any matter anti-Pakistan with regard to Mr. Nawaz Sharif’s heading of PML-N nor did they refer the matter to the Supreme Court of Pakistan to deliberate upon. If we go by this reasoning, then what breach of the Fundamental Rights under Chapter I and II of the Constitution of Pakistan then led to the Supreme Court taking up the Petitions and allowing them? In fact, is it not the fundamental right of Mr. Nawaz Sharif that has actually been usurped by the passing of this Order?

The Supreme Court had voided its order dated 28.07.2017 removed Mr Nawaz Sharif from the position of Prime Minister of Pakistan under Articles 62, 63 and 63-A of the Constitution. Is it not double jeopardy to now also remove him as party head citing Article 62, 63 and 63-A? Article 13 of the Constitution of Pakistan which is also a fundamental right provides that no person shall prosecuted for the same offence more than once.

Article 12 of the Constitution of Pakistan provides that no law shall authorise the punishment of a person for an act or omission that was not punishable by law at the time of the act or omission. It would thus stand to reason that the Supreme Court has erred in stating that all acts of Mr Nawaz Sharif from 28.07.2017 as Party head are declared to have never been done and no decisions by him taken.

Mr Nawaz Sharif could not take any decision as Prime Minister post 28.7.2017 which was his date of disqualification by Supreme Court as Prime Minister of Pakistan but the same was not his date of disqualification as head of PML-N. Negating Mr Nawaz Sharif’s decisions as party head post 28.07.2017 would equate the same to retrospective punishment which in turn could amount to a breach of Article 12 of the Constitution.

The Supreme Court could not have exercised its original jurisdiction in this matter since the same did not fall under Article 184(3). It is the Parliament which should have legislated and drafted a law which could have led to Mr Nawaz Sharif’s disqualification as party head, the Parliament could also have amended the Election Act 2017 to this effect.

Amendment of the Election Act 2017 may have led to Mr. Nawaz Sharif’s dismissal as party head and in fact could also have led to disqualification of other leaders convicted from courts from heading political parties; a category under which would also have fallen Mr. Pervez Musharraf. By virtue of the order disqualifying Mr Nawaz Sharif as party head, the position of Mr. Pervez Musharraf has also now become questionable.

The writer is a practicing Advocate of the High Court of Pakistan and teaches Law at the post grad level in Islamabad. He can be reached at: yousaf@yaa.com.pk