The current national unity government (NUG) in Afghanistan was formed in 2014 after John Kerry, then secretary of state of America, in the wake of disputed election results, had brokered a deal between Ashraf Ghani and Abdullah Abdullah. Thereby Mr Ghani became president whereas his opponent Abdullah Abdullah took over as Chief Executive Officer. NUG could not fare well as the governance remains mired in internal bickering. Ethnic divides, biased tribal loyalties, racial contours and absence of trust are doing as spoilers.

Mr Ghani is facing multiple governance challenges, including defiance of some of his provincial governors. Recently, Abdulkarim Khaddam refused to step down as governor of Samangan province. He defied his removal ordered by President Ghani. Abdulkarim said: “I do not accept my removal because it is political. I have served Samangan well, and my people won’t let me go”. Abdulkarim is the second such recalcitrant governor. Earlier, Mr Atta Muhammad Noor, Governor of Balkh province reportedly defied President Ghani’s order of removal.

Defiance by Atta Muhammad Noor and Abdulkarim Khaddam accentuates the internal discord in the NUG government. Besides, the situation may lead to some severe crisis as Mr Ghani’s constitutional weight is being challenged. The defiant governors have political affiliation with Jamiat-e-Islami, and Abdullah Abdullah is also from the same party. Abdulkarim, despite being politically associated with Jamiat-e-Islami, is Turkman by ethnic.

Recently, one more serious chasm was noticed between Pakhtun and non-Pakhtun leadership of the country over the issuance of ‘e-tazkiras’, electronic identity cards with national identity written as ‘Afghan’, a term non-Pakhtuns see to be denotive of Pakhtuns’ identity. Tajiks and other non-Pakhtuns refused to accept the cards. A strong perception is held that President Ghani is concentrating maximum powers in his hands. Abdullah Abdullah has the long-standing grouse of being sidelined by the bureaucracy in the country. His complaint appears to be justified as officialdom in the country is predominantly Pakhtun and is naturally less responsive to a non-Pakhtun segment of leadership, mainly being represented by Abdullah Abdullah.

It is highly lamentable that despite being in Afghanistan for sixteen years, America and NATO countries have failed to raise a robust army and competent civilian police force to tackle the security challenges

In May 2017, Vice President Abdul Rashid Dostum, Uzbek by ethnic and leader of his Junbish-e-Milli party with much influence in Jozjan province and other Uzbek concentrated areas in the north, left Afghanistan for Turkey after investigations were initiated against him over allegations of persecuting his political rival Ahmad Ishchi. The latter, a former governor of Jozjan province, alleged to have been detained by the guards of Dostum during a game of ‘buzkashi’ in November 2016 and was humiliated during several days’ illegal captivity. Both Ishchi and Dostum are old political rivals. Dostum suspects that he is being victimised with the connivance of President Ghani.

Americans claim of spending billions of dollars in rebuilding physical infrastructure of the war-torn country and refloating the dysfunctional institutions, but the ground reality speaks otherwise as nothing is seen to be in robust shape. Understandably, the bulk of this huge amount must have been embezzled. Lack of transparency is a challenge in Afghanistan. The extent of recalcitrance and insubordination can be imagined from the fact that some of the governors of provinces do not deposit the tax collected in the province in the central government treasury. Instead, they treat the tax amount as their personal treasure. 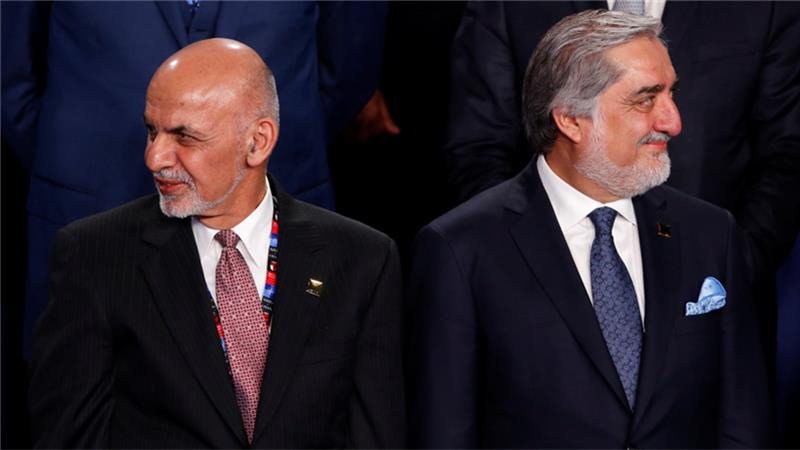 With corruption pervasive in government departments, drug menace is increasing, the rate of desertion in the ranks of armed forces is ever high, and the Taliban are hitting the country wherever and whenever they want — Mr Ghani’s administration stands beleaguered. He is under tremendous pressure to cope up with the situation. He has been echoing Pakistan hostile voices, passing outrageous statements against his eastern neighbour whenever Taliban attacks take place. There is no way out from the internally messed up delicate situation of Afghanistan. An internally weak country cannot withstand the Taliban onslaught nor can it find itself in a position to negotiate peace with Taliban with some upper hand. The components of NUG are pursuing individual conquests at the cost of the vibrancy of the government. Fragility in NUG assortment is visibly seen posing multiple challenges to President Ghani with adverse impact on governance. Disorderly situation encourages Taliban to remain combative.

Taliban, in a recent ‘open letter’, addressed to American leadership and nation as a whole, tried to prove both invasion of Afghanistan and the presence of foreign forces in their country as illegal. In the letter, they showed a desire to negotiate foreign forces’ withdrawal from Afghanistan directly with American leadership instead of talking with President Ghani-led administration, which Taliban rightly believe is a puppet surviving on the American crutches.

Otherwise, non-pliant Taliban are probably now in some flexible mode, but American president Donald Trump appears to be belligerent and wants to batter Taliban with massive use of airpower. America and other NATO member countries must ensure an end to the internal dissension and rivalries within the NUG. Besides, illegal drug business and corruption in public representatives and bureaucracy is a big challenge. The current governmental dispensation’s extent of feebleness can be imagined from Ashraf Ghani’s recent interview he gave to CBS: “We will not be able to support our army for six months without US support and US capabilities”.

Peace in Afghanistan is largely hostage to the incapability of Mr Ghani’s government. It is highly lamentable that America and NATO member countries despite being in Afghanistan for sixteen long years could not raise a robust army and competent civilian police force to meet the security challenges in the war-torn country successfully. Passing the buck somewhere else for fragile security situation is unlikely to help the depressing circumstances. NUG is to remain ‘brokenly intact’ unless internal differences are bridged, and corruption menace is addressed.