Besides the traditional challenges of budgetary allocations and literacy targets faced by Pakistan, new challenges are emerging due to socio-economic changes and the global technological revolution

One of the most powerful pull factors of urbanisation is the availability of ‘better’ educational facilities in cities, which open up floodgates of employment and economic opportunities for individuals and households. However, this is only partially true in Pakistan, where the prevalence of high unemployment rate as a permanent feature dampens people’s interest to pursue education as an economic change agent in their lives. Experts believe that although, the educational opportunities will continue to pull more and more people from rural areas into cities, the trend will not result in automatic economic growth which will be able to absorb the additional workforce.

The educational opportunities in Pakistani cities are usually visualised in terms of quantitative parameters. However, the fast changing global scenarios in technology, innovation and environmental leadership are exposing the wide divergence between knowledge and skills imparted by our education system and the demand parameters of human resources in the local and global markets.

Pakistan has developed several education policies in the last 70 years (1969, 1972, 1979, 1992, 2009 and 2017). Besides that, several initiatives at the national and provincial levels have been taken over the years by the government, civil society and the international donor community to achieve the quantitative targets of universal education, basic literacy, uniform system of education and technical education, among other goals. The targets set in these policies and programs have remained unmet every time [with a 60 percent adult literacy rate and 72 percent net participation rate at the primary level currently].

However, there have been some achievements, including the increase in the number of higher education institutions, number of PhDs, number of technical education institutions and female literacy rates. However, key goals and indicators such as the target of universal education, remains a distant dream; a large disparity exists in literacy rates among the four provinces and 128 districts of Pakistan; and the education budget still hovers at around 2 percent of GDP. 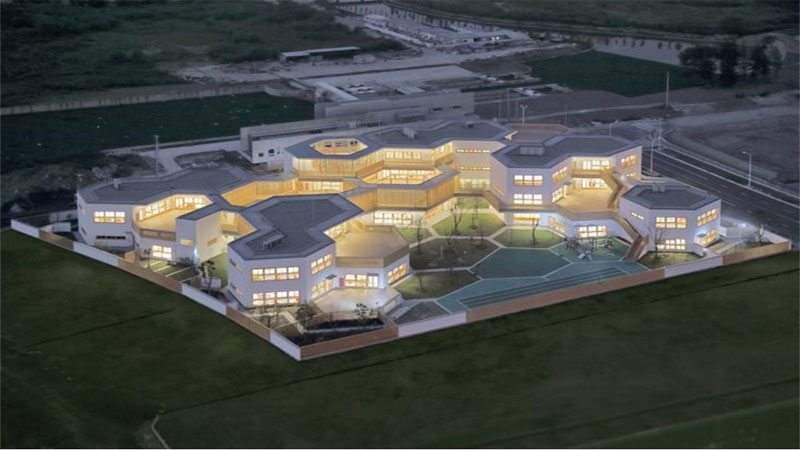 Besides the traditional challenges of budgetary allocations and literacy targets, new challenges are emerging due to socio-economic changes and the global technological revolution. For instance, experts predict that the fourth industrial revolution will drastically reduce employment opportunities the world over and machines will replace humans in the future workplace. The revolution in genetic science and technology will dramatically change the quality and methods of food production and supply and will have a major impact on the agrarian economy by the middle of the century. Major breakthroughs are also taking place in energy production systems and technologies. The cost of renewable energy continues to decrease — this will have a great effect on the global economy and climate by the year 2030.There is a need to realise the range and scope of these changes and their impacts on the services, agriculture and industrial sectors of Pakistan’s economy.

Pakistan will also face its local demographic, economic and social challenges in the future. For instance, the rates of population growth and urbanisation in Pakistan are one of the highest in Asia. This requires high economic growth and expansion of employment opportunities; the Chinese investment in Pakistan in CPEC related projects puts great pressure on Pakistan’s industry and services sectors to remain competitive in an era of knowledge economy; and the economic disparities and the state’s increasing inability to provide social services including quality education are creating many socio-economic problems such as radicalisation and extremism, which pose an existential threat to the country.

Tackling these challenges will be critical to achieve high economic growth concentrated in cities and to utilise of Pakistan’s abundant human resource effectively. This can only be done with a robust education system and sound education policies which are future oriented, integrated, progressive, data driven and realistic in terms of output and outcomes.

At the outset, the government needs to evaluate the existing state of the education system and its resilience against global and local changes; the ways and means of turning demographic and economic challenges into opportunities by introducing structural and policy reforms in the education sector; the capacity and financial gaps in four provinces of Pakistan to fully assume its educational responsibilities after the 18th amendment; and how the lessons learnt from the failure of past policies and programs can be incorporated in future policy making.

A robust education system and future-oriented education policies can be developed by identifying short term and long-term actions and policy adjustments; integrating the economic growth, urban and human development and environmental sustainability agenda into education policy; and exploring alternative financing mechanisms and windows for implementation of education policies and programs.

With the general elections incoming, the think tanks in each political party may have started developing their manifestos. It’s time to incorporate strategic and progressive thinking into these manifestos, especially with reference to the education sector. A brick-and-mortar vision of development may help win an election to a political party, but it increases the risk of inviting the wrath of an urbanising Pakistani society in the long run.

The writer works as Team Leader, Sustainable Cities Initiative at LEAD Pakistan, Islamabad and can be reached at arshedrafique@yahoo.com