Don’t worry about the national debt 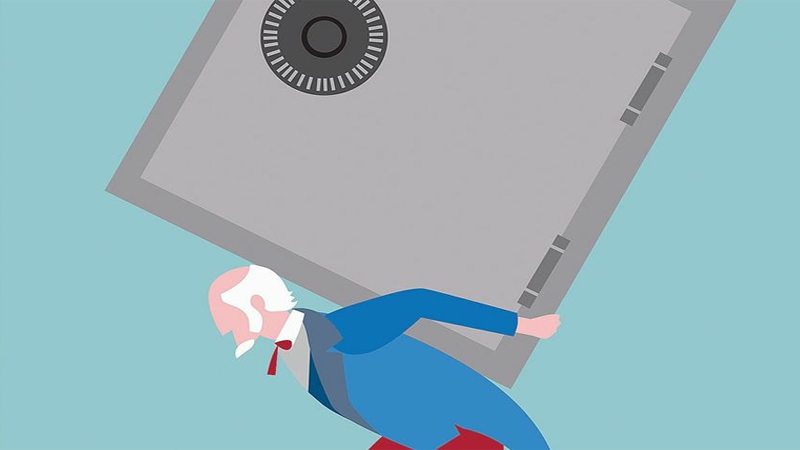 If something cannot go on forever, it will stop, said Herbert Stein, President Nixon’s chairman of the Council of Economic Advisors. America’s national debt has grown from 32 percent of GDP in 1981 to 68 percent in 2008 and 108 percent in 2017. The national debt is high, and some components are growing on autopilot. Still, Washington keeps adding to it.

The December 2017 tax bill was a great accomplishment, but it will increase the national debt. The same is true for the recent two-year budget and the upcoming infrastructure bill. America must get its debt under control and entitlements reform is the only way to do it.

How high is our national debt? A thoughtful answer comes from a 2010 study by the International Monetary Fund. It introduces the concept of fiscal space and defines it as a country’s ability to borrow. Countries must refinance their debt and if their debt is excessive, nobody will lend to them. Fiscal space is the difference between the current debt level of a country and the debt level at which it loses market access.

Defining fiscal space is more art than science. Economic growth counts as a positive and expected spending increases as a negative. A country’s political system is also evaluated because a politically healthy country can increase taxes and cut spending if necessary. And a country that was fiscally responsible in the past is assumed to remain so in the future. The upper limit of the fiscal space is a danger point. Once there or beyond, nations can only borrow at exorbitant rates. Or not at all, at any price, as Greece recently found out.

A 2016 update of the study suggested that countries with high debt should focus on economic growth. And it discouraged debt reduction through higher taxes and austerity. Growth builds a larger economy and with it the tax base to pay down debt. High taxes smother growth.

How much fiscal space does America have? Moody’s, a top rating agency, answered in a 2016 study. In a group of 30 developed countries, America ranked near the middle, close to Germany. At the top, with lots of fiscal space, was Norway. Near the bottom, with no fiscal space was Greece.

America’s debt is currently at a tolerable level, but the outlook is not good. Paying interest on our national debt is manageable today when interest rates are at a historical low. But rates will inevitably rise. The Congressional Budget Office estimates that by 2027 the US will pay more on interest than on the military. America will need to borrow new money to pay interest on old debt.

Room to maneuver in a recession is also an issue. In past recessions, the US reduced taxes and increased spending to stimulate the economy out of recession. But these tools cannot be used if the national debt is already high. And without government help, the next recession will be more severe.

The dynamics of the debt are even more worrisome than the absolute levels. “Solutions 2018,” a study by The Heritage Foundation, a prominent Washington think tank, showed that the publicly held portion of the national debt was 34 percent of GDP in 2000, grew to 77 percent in 2017, and will reach 123 percent in 2027. The 2027 level is unprecedented and will exceed the previous peak reached during World War II.

Most mandatory spending is on entitlements: Social Security, Medicare and Medicaid. And all three programs will run out of money: Social Security in 2035, Medicare in 2029 and Medicaid in 2028. Increasing taxes to make these programs financially healthy is not the answer. Higher taxes will reduce economic growth which we need to pay down our debt.

Washington must reform entitlements because they represent the largest portion of the budget and grow on autopilot. But it must not be done on the backs of the middle class who depend on entitlements for their financial security. The emphasis should be on means testing of benefits and on increasing the retirement age, measures for which there is considerable support. Work requirements for welfare recipients who are able bodied adults without dependents would also help.

President Trump was unambiguous in his December 2017 National Security Strategy: “The national debt, now over $20 trillion, presents a grave threat to America’s long-term prosperity and, by extension, to our national security.”

Entitlement reform cannot be addressed in 2018, an election year. After that, Washington will have a choice: Reform entitlements ahead of a financial crisis or in the middle of one.