Whereas many Pakistani intellectuals marvel at the values of truthfulness and trustworthiness prevalent in the culture of the developed Western countries, when it comes to Pakistan, they declare confidently that such a strong ethical culture is not even possible in Pakistan, ever! In their utter despondency about the current (and future) moral status of their 200 million plus fellow citizens, they assert that a few truthful and trustworthy leaders from amongst our lot are as hard to find as are angels. They may gladly wait for the angels to descend some day; meanwhile, Pakistanis, who think otherwise, must look forward to the strengthening of the article 62(1)(f) of the Pakistani Constitution so that it can be meaningfully defined, interpreted and practically implemented in its true spirit.

Ever since the clause 62(1)(f) of Pakistan’s Constitution has come under heated discussion in the wake of current political scenario, most opinion-makers deem the said clause to be ambiguous in interpretation, and impractical for implementation. Some even advocate its total scrapping from the Constitution due to its potential for multiple interpretations to suit the selfish interests of the exploiters in the corridors of power. Alternatively, its supporters fail to provide satisfactory counter-arguments to address the concerns of its detractors. Lost in all this political debate is the issue of vital national importance: the indispensable function of an ethical culture for sustainable economic and social progress of a country, and the role of moral leadership at the apex of national governance structure in creating that ethical culture in a society.

A leader’s own deeply held core values are invariably reflected in his/her governmental policies, decisions and most importantly, behaviour

According to the critics of the article 62(1)(f), the ambiguity starts with the definition of the terms “Saadiq and Ameen”, that is translated in English as “a truthful and trustworthy person”.  Paradoxically, the two qualities of truthfulness and trustworthiness are the universally accepted and appreciated characteristics that represent ethical human behaviour. Aren’t these the qualities that each one of us continually looks forward to in the other party in our everyday transactions and interactions, professional as well as personal? At the end of some such interactions and transactions that are not so pleasant, we usually confidently label the other party as a liar and/ora cheater without needing to consult any dictionary or any legal expert before pronouncing our judgment. This common sense and common knowledge are intuitively built into human nature.

Perhaps then, this confusion regarding the interpretation and applicability of the concept of “Saadiq and Ameen” arises because, unfortunately, ethics is considered even by many highly educated and enlightened Pakistanis as something detached from our normal life in Pakistan; an ideal that only looks good in books and fancy theories, but that can rarely be practiced in real life. In fact, the few Pakistanis who have painstakingly retained these two ethical personality characteristics despite all odds are regarded as fools by their shrewder fellow countrymen, who themselves gladly and obediently practice these same values on their visits to the developed countries where the culture will not allow otherwise.  The “abnormal” behaviour of the few ethical Pakistanis is taunted upon as being demonstrated under compulsion, arising from a lack of opportunity or intelligence to make huge gains through the easy unethical route; and not by their free personal choice to practice ethical behaviour. 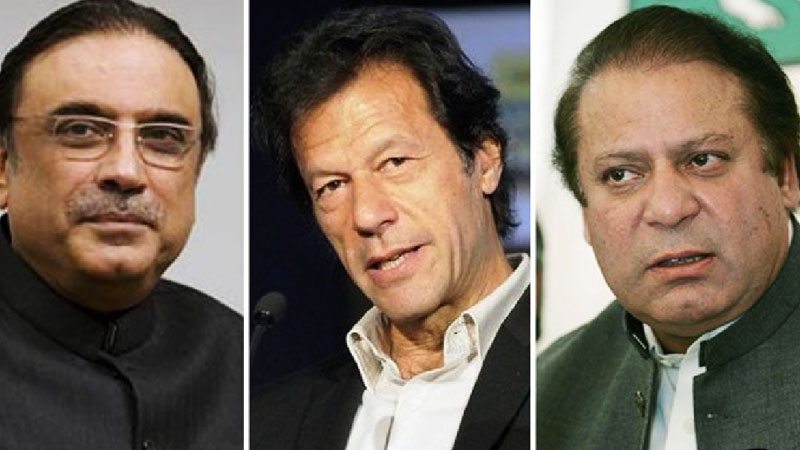 This is a rather unfortunate situation for a nation whose very founding father and first political leader, Quaid-e-Azam Muhammad Ali Jinnah was well known for his honesty and uprightness even amongst his arch rivals. From their childhood to the advanced age, most educated Pakistanis get to hear one or the other real-life incident of truthfulness and trustworthiness from the Quaid’s life. Along with the Quaid, the first top brass of Pakistani political leadership was commonly known to be very principle-oriented and ethical.

Leaders have the power to modify the culture of society through emphasising the core values that they choose to propagate. A leader’s own deeply held core values are invariably reflected in his/her governmental policies, decisions and most importantly, behaviour. If national leaders set a visible personal example of truthfulness and trustworthiness, establish the rule of law and merit in the country, and design a system which discourages unethical behaviour and facilitates ethical conduct in daily life, then ordinary citizens will have little choice but to start practicing the values of truthfulness and trustworthiness in their everyday life as a ‘normal’ behaviour, initially may be under compulsion, but later on, as a habit.

Therefore, if we ever want to propagate an ethical culture in Pakistan, we must have truthful and trustworthy political leaders at the national level. Thus further strengthening the article 62(1)(f) of the Constitution, and facilitating the mechanisms to ensure its implementation is imperative.

The writer is a former Commonwealth Scholar from Pakistan for the UK, and Fulbright Scholar for the USA in the field of Management with special interest in Corporate Governance, Business Ethics and Sustainability. She can be reached at [email protected]