Why bitcoin is for gamblers and bad actors 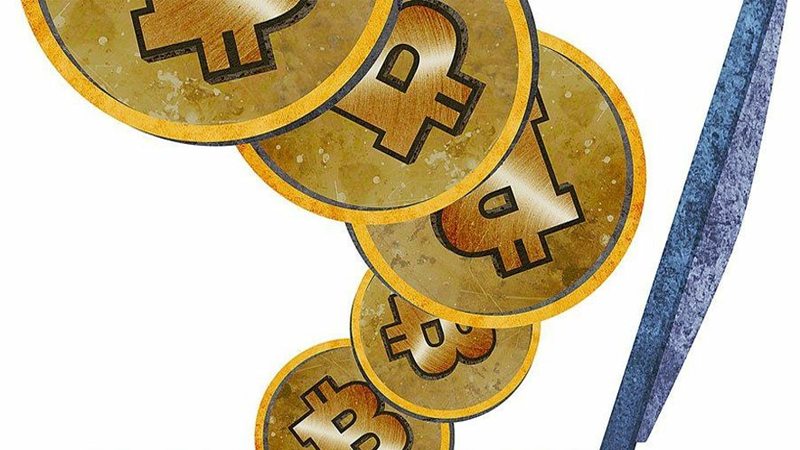 Bitcoin recently lost about two-thirds its value in seven weeks — the fifth such collapse in recent years. Severe volatility ruins its utility as an alternative to national currencies, and ordinary investors who would prefer not to finance criminals, rogue states and terrorists should stay clear of it too.

Advocates of bitcoin argue governments are tempted to print too much money to finance spending, instead of taxing, and thereby fuel inflation. They entrust control of their money supplies to independent central banks, but devious politicians can still spend and issue bonds. Ultimately, central banks must print money to finance those if investors won’t purchase the bonds at desired interest rates. Uncle Sam did plenty of that during the financial crisis to bail out banks, GM and Chrysler.

Bitcoin has no central bank. Instead its balances are recorded on a system of encrypted ledgers kept on large private computers. New bitcoin is created mostly by solving complex mathematical problems, and the total number of bitcoin in circulation will be capped at 21 million. Individuals keep bitcoin in digital wallets and at commercial exchanges, and depositors can lose their money if those are hacked or badly managed. Bitcoin has no FDIC to bail out depositors. Holding bitcoin is like putting your hard earned savings in a locker at a train station — if the lock gets picked, you’re broke. Bitcoin does not perform the essential functions of money.

Virtually all businesses only accept dollars or another national currency for payment, as do governments to collect taxes. Holders of bitcoin or any other digital currency must convert those to national currencies to purchase groceries, plane tickets or the services of a sage economist. (I don’t take bitcoin, but I do take dollars and several foreign currencies.)

Conversions are slow and costly — who would pay a $25 dollar conversion fee to purchase a $4 pound of bologna?

Bitcoin’s value fluctuates so much and it can be quite slow to convert back to dollars to make large purchases — like a house or a retirement annuity — that it is a lousy store of value for your savings. That reduces the purposes of holding bitcoin to speculation and illicit purposes.

In December, about 18 percent of buyers purchased bitcoin using credit cards and many said they would pay off their balances using profits from their investment. Such buying on essentially zero margin puts banks that issue credit cards at significant risk of nonpayment. Consequently, Citibank, J.P. Morgan, Discover and many other big banks have decided to no longer permit cardholders to exchange dollars (or any other national currency) for bitcoin.

In an increasingly cashless economy, those decisions make it even less likely that bitcoin will ever become a medium of exchange and no more than a derivative — a financial instrument whose price is determined by the value of an underlying asset. The goods producing capacity of the US economy ultimately is the asset behind the dollar. The full faith and credit of the US government sounds lofty, but it’s the goods and services Americans can make that count.

Bitcoin has no Bitland — or perhaps it does.

Our friends in the gray economy and less desirable types raising money for North Korea and drug lords like cash. The Federal Reserve and Treasury can track money moving among banks quite easily but not cash — that’s why the Treasury no longer issues bills in denominations over $100.

Bitcoin ledgers are kept on private computers theoretically beyond the eyes of government officials; hence bitcoin has great utility for all things illicit. However, now governments in China and South Korea are cracking down, and the United States is not far behind.

And if hackers can steal from the exchanges, the Treasury can surely spy on them. Sooner or later we are going to have enough drug busts thanks to such snooping (as necessary, done with warrants) that drug lords and rogue states will have to lug around huge suitcases full of Jacksons and Benjamins for the lack of larger denominations.

When bad actors start dumping bitcoin, its value will drop for good. Meanwhile, the ordinary investor who trades dollars for bitcoin is merely gambling that he can get out before the bottom falls out and is helping finance some of the worst malefactors on the planet.