Women face discrimination from the time they are born based on an archaic practice: it is necessary that women must leave their home at the time of marriage

The rampant discrimination and violence against women that goes unquestioned in our society stem from a deeply entrenched system of patriarchy. In this system, women’s lives, opportunities, their access to institutional spaces and their humanity are systematically undermined through legal, social, political and economic structures and attitudes.

Instances of harassment, violence and abuse of women are pervasive because women are just not considered fully human. The limit to their humanness is their womanness. The mere fact of being born in a deeply patriarchal society, where being a woman itself is a condition of loss, our abilities and our imagination to attain anything possible for ourselves and our collectives are reduced into whether we can get married or not. I have nothing against marriage per se if it is based on the principles of love, compassion, justice and mutuality.

A girl child, since her birth, is considered a burden that needs to fed, clothed and kept till she canbe unburdened onto another patriarch: her husband

But If we analyse this institutionas it is practised in our society, there Is a deep and fundamental inequity.

Women face discrimination from the time they are born based on an archaic practice: it is necessary that women must leave their home at the time of marriage. This is our first exile. But it is so normalised and naturalised as a practice that no one challenges it. From this stems a discriminatory mindset. The system is almost like a system of human barter. The human being exchanged is necessarily a woman. A girl child, since her birth, is considered a burden that needs to fed, clothed and kept till she can be unburdened with the gift of money from the women’s family onto another patriarch: her husband. In purely capitalist and financial terms, this does not make sense for the natal family. If you think of children as assets that families invest in based on returns that the family will receive, having a girl child within this rubric is a loss. Even though this kind of calculation may seem odd but the type of grief I have witnessed families express on the birth of a girl does not sound like an exaggeration. In fact, this calculation seems to form some of the basis of the discriminating societal and cultural attitude towards women which is exacerbated by ideologies that propagate segregation and women’s sole role in the home. 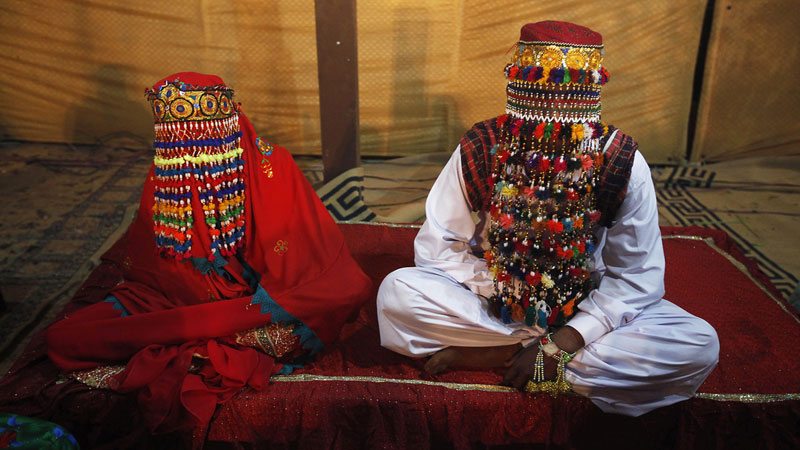 A lot of people are not interested in understanding the double burden on women since its convenient for the status quo to keep a restricted understanding of women’s role in our society. As a society, we are unwilling to accept the contribution of women in making our lives possible and comfortable across class. We, therefore, are not interested in creating safe work and home environments for them. In fact, even when women are doing so much work both inside and outside the home, they are considered a burden. This entrenched patriarchal face of our society is not only detrimental but actively harmful to our girls. Instead, people would collect dowry to marry off their daughters as their primary responsibility. Instead of creating conditions so their daughters may thrive as humans, there are a host of problems that arise with these kinds of cultural attitudes towards women. Marrying them off at tender ages, so they adjust quickly to a new hostile environment, leaves the sole purpose of a woman’s life to be married and settled in her husband’s house. And god forbid, if her marriage doesn’t work then she is labelleda failed human because she is now a burden to the natal family again.

I work in the field of women’s dignity. I work towards building a world where there are equitable social, economic and political relations. To make such a world possible, we all have to do our part. For some of us, it requires to give up the power and privilege we cling on to with dear life.

The writer is a Research Fellow at the Centre for Governance and Policy, ITU, and a PhD Candidate at Arizona State University. She can be reachedatsarah.suhail@gmail.com