The fact remains that it’s a significant hindrance to people’s routine, and the question is, what is the ruling elite of Punjab and Lahore doing about it?

Lahore is a metropolis city by all means now. As per the census conducted in 2017, Lahore’s population has increased almost twice as much in comparison to Karachi’s, reaching 11,126,285.

Like any other metropolis, Lahore has a major issue of traffic congestion. On February 8, IG Punjab and the members of the Punjab assembly also had to suffer through the same old problem.

As a result, the officer in charge of traffic in that area was suspended, and a resolution was presented in Punjab assembly terming the traffic congestion a major issue for the people of Lahore. One way or the other, the problem was highlighted and resounded in the power sectors of Punjab.

But, the fact remains that it’s a significant hindrance to people’s routine, and the question is, what is the ruling elite of Punjab and Lahore doing about it?

The parliamentarians labelled the traffic wardens the culprits in this whole episode. There must have been some negligence on traffic police’s behalf, but the issue is much bigger than that. There are systematic flaws that have restrained the authorities from nullifying the outstanding issue of Lahore’s traffic. One construction site on a major road or a blocked road because of a protest or VIP movement can easily choke down most of the city. There are always huge lines of cars at the entry points of Lahore. So, it’s a thin line that they operate on, one step either way and you’ll have a choked down Lahore. 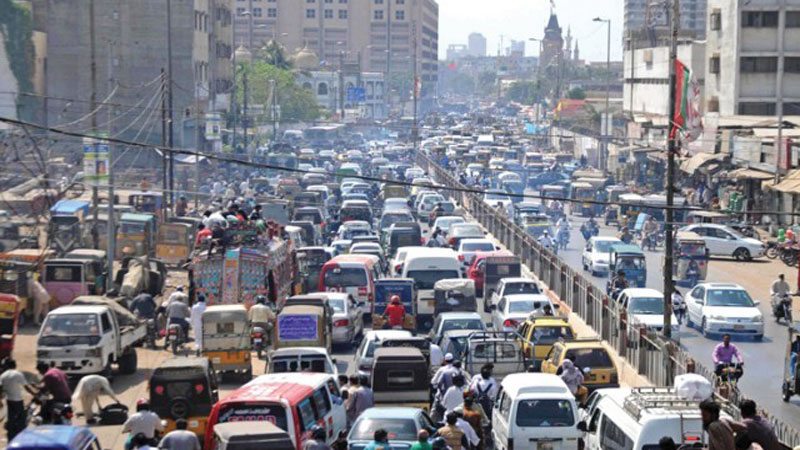 Better planning by the LDA in specifying the purpose-built commercial activity spots is needed rather than every main road turning into a high street shopping spot. Such commercialisation with no oversight is nothing but a recipe for disaster as far as the traffic situation is concerned.

Also, the government must encourage the traffic wardens with better pay structures and by providing them proper medical facilities.

Chief Minister Punjab Shahbaz Sharif should take up this issue on the priority basis and personally monitor the traffic situation in Lahore. One can only speculate in this regard, but the magnitude of this problem may play a role in deciding the voting pattern. Any effort to normalise the traffic in Lahore should be appreciated rather than targeting it for political gain.

Metro Bus service was a good step to control traffic flow on Ferozepur Road and surrounding areas. And hopefully, the new project of Orange Line Metro Train System will help normalise the traffic to some extent. Much has been done by the government, but it seems that a lot more needs to be done to make lives easier.