The ‘unruly’ Pashtun from our very own ‘Wild West’

To the outside world, Pashtuns, particularly the people of FATA, are nothing more than a community housing the Taliban and whose native land is a breeding ground for extremists

Braving the cold night weather and an even colder response from the 24/7 Urdu language television channels for almost two weeks, the youth from the Federally Administered Tribal Areas (FATA) temporarily concluded their protest sit-in in Islamabad on February 10.

Irrespective of the outcome, the peaceful sit-in protest has brushed aside numerous parables and gratuitous disinformation being disseminated to the world about the community who suffered the most since Pakistan’s becoming partner in the global war against terrorism.

Be that the missiles fired from the unmanned aerial vehicles (UAVs), the Taliban and al-Qaeda bomb blasts and target killings and beheadings or the shelling and bombing by the security forces in a bid to hit the terrorist sanctuaries, these children of a lesser god are the ultimate victims.

Over the past decade, the tribal people were uprooted from their towns and villages, their businesses were destroyed, their children missed years at schools, their tightly-netted social bonds damaged and their families shattered. Yet the immense sacrifices they rendered could not earn them the favor of the powers that be to recognise them as equal citizen of Pakistan.

The protesters believe the ‘extra-judicial’ killing of Naqeebullah Mehsud, an aspiring model, in Karachi in January and the reported arrest of Pashtun vendors and shopkeepers in the cities of Punjab for security reasons were step to single them out involving incidents of insecurity in the country although the tribesmen proudly declare themselves as the ‘unpaid defenders of Pakistan’s geographical borders’. 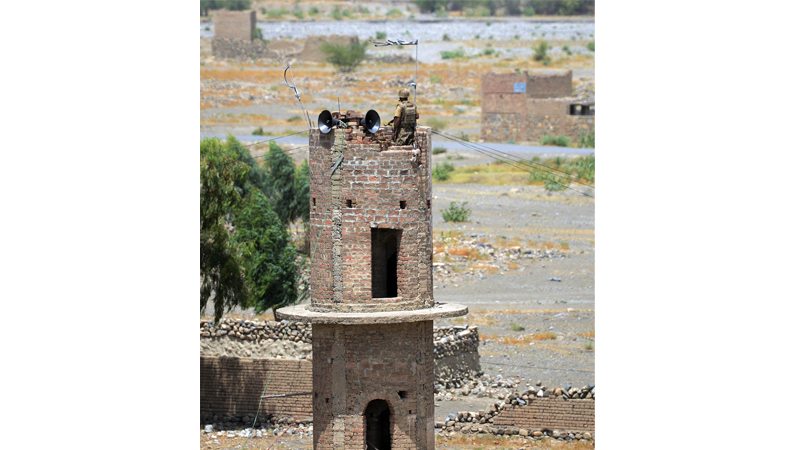 Notwithstanding the apparent cold-shouldered response from the authorities in Islamabad, the proverbial ‘unruly’ tribesmen proved themselves to be the most civilised, organised, urbane and law-abiding citizens during their unprecedented protest.

The federal capital has witnessed numerous protest demonstrations and sit-ins in not so distant past. But none of those was so organised, peaceful and social as the one being observed by these ‘unruly’ tribesmen of Pakistan’s so-called ‘Wild West’.

The people from the so-called lawless Waziristan and its neighboring tribal agencies and the cities and towns of Khyber Pakhtunkhwa have not uttered a single word challenging the state; did not block any road or street; strictly refrained from using abusive language against the honorable institutions or individuals; and did not threaten an advance on the parliament or other state building. Is not that enough to prove that they are as much civilised as people in other parts of the country? If so, then one may rightly pose the question why not the government come forward to listen and say ‘yes’ to their genuine demands instead of keeping them on the waiting list?

The peaceful sit-in also proved that the tribesmen are as much politically conscious as people in any other part of the country. The peaceful protest for their demands is the single major proof of their political awareness and their peaceful nature. Can a violent community stay put for several days without breaking a branch to let the rulers and the world know about their problems?

Though some of their demands have already fully or partially been addressed, it is yet to be seen as how much the authorities are serious in resolving the problems faced by people of the tribal areas over the past 70 years.

The people from the so-called ‘lawless’ Waziristan and its neighbouring tribal agencies have not uttered a single word that challenged the State; they did not block any road or street; strictly refrained from using abusive language against institutions or individuals and did not threaten an advance on the parliament or any other state building. Is this not enough to prove that they are just as civilised as people in other parts of the country?

Soon after temporarily calling off the protest, the leading character behind the gathering Manzoor Pashteen issued a 45 minute message via Facebook Live. To quote his wordings: ‘We raised the issues in public which the people of FATA scared to discuss even in the privacy of their houses.’

Although the authorities finally recognised, or in other words, were forced to recognise the challenges and problems faced by the people of tribal areas, it is pathetically unfortunate that it took them 70 years to approve the political maturity, civility, and peaceful character of tribesmen.

Probably this is the reason that they are still being kept, in practice, under the colonial-era Frontier Crimes Regulation (FCR), a law that does not guarantee basic human rights. And they have yet to get the status of a separate province for their areas or become part of the adjacent Khyber Pakhtunkhwa, another genuine demand that has fallen prey to unnecessary politicking.

Yet another misunderstanding among the people of the tribal areas is their alleged discriminatory approach towards women. During the two weeks of their protest, many women from the cities joined the youth. They showed exemplary civility to accommodate and welcome women from all areas.

To the outside world, Pashtuns in general and the FATA people in particular are no more than a community housing the Taliban and whose land is the breeding ground of extremists and Taliban militants. One slogan that echoed the most in the Islamabad Dharna is to let the world know that they are the peaceful and law-abiding citizens of Pakistan.

Had they been extremists, terrorists or their supporters, they would not need to erect tents and observe peaceful sit-ins in the federal capital. The very struggle they are engaged in right now is meant to peacefully communicate their demands to the authorities. Terrorists or their supporters, in fact, are the ones who disregard the state, the law, the social and political norms and act as, when and where they like.

Yet another upsetting aspect for participants of the protest sit-in was the media coverage. For reasons better known to the management of the privately-run 24/7 television channels, the protesters complain, they did not see the direct satellite news gathering (DSNG) vehicles that used to be present along with several quadcopters hovering above the scenes of the previous protests demonstrations in Islamabad. It is usually a bomb blast in the tribal areas or Khyber Pakhtunkhwa that makes more catchy headlines and brings more cameras than covering a peaceful protest.

Coming briefly to the demands: Remove landmines from their villages and towns; present the missing persons before the courts; arrest the police officer who allegedly killed Naqeebullah Mehsud; and end imposing curfew after terrorist attacks in FATA.

Of course, the military and civilian authorities might have their genuine arguments regarding demands such as end to curfews, or checkpoints as the tribal areas have seen the worst degree of terrorism and the security forces had to fight a hard battle to defeat the Taliban.

Still, paying head to and addressing those demands on a permanent basis will definitely help eradicate the frustration and sense of discrimination and alienation, genuine or otherwise, among the people of FATA.