Today, it would not be improper to call the MQM a leaderless party

Muttahida Qaumi Movement-Pakistan (MQM-P) was established on August 22, 2016. It is, in fact, Muhajir Qaumi Movement which is being operated from abroad. Most of its founding members reside in London, America, and South Africa; their status is yet to be recognised.

The fact that they still have an influence over the activities of the party cannot be denied.

However, it is also the reason of rift and disagreement among its members in Pakistan.

MQM can more properly be called a leaderless party whose new leader is not accepted by all the segments and personalities of the organisation. Farooq Sattar, the existing person in charge, is quite puny when it comes to the leadership. The current clash shows his ineptitude in running the party.

Though, the issue apparently seems to be the matter of only one seat of the senate, but it is more than that. It expresses the lack of sway of his leadership skills over the already fragmented MQM. On the other side the way the issue is being presented over the media by the party’s members, it can also be called the modus operandi to gain media hype.

Setting aside the current tussle, MQM needs an utter reshuffle in the way its operations are being run. The very first thing that the party is required to do is to terminate its relations with its so-called members sitting in various parts of the world.

MQM needs to appoint a leader who is a federalist and not a sub-nationalist who portrays himself as a representative of a specific community. Urdu-speaking Karachiites are considered a community of migrants who came to Pakistan during partition. Not all of them support the MQM

Therefore, the most decisive thing required here is to ensure that no one from outside the Pakistan is pulling its strings. Is it possible that any leader from UK resides in Pakistan and operates its party from here? Impossible, this will never happen even if Pakistan is as developed as UK is. Nobody will allow them.

Formation of the new parties from MQM is not the solution but mere eyewash. It should not restrain itself to the Urdu-speaking community. Though MQM-P claims that it has no connection with its preceding leader, but he keeps on exerting his influence through his front men residing abroad.

In Pakistan, the party will remain Muhajir Qaumi Movement unless its current leadership sets aside the Muhajir card and come on the scene as a federal party which has presence of non-Urdu speaking members in it. It should expand its operations from Karachi and Hyderabad to other part of the country. Pakistan needs federal parties than those that are operated by so-called ethnic and linguistic leaders who later on cause damage to the whole community they represent.

Furthermore, MQM needs to appoint a leader who is a federalist and not a sub-nationalist who portrays himself as a representative of a specific community. Urdu-speaking population is considered to be the community of the people who migrated from India and came to Pakistan at the time of partition. Not all of them are the supporters of MQM. 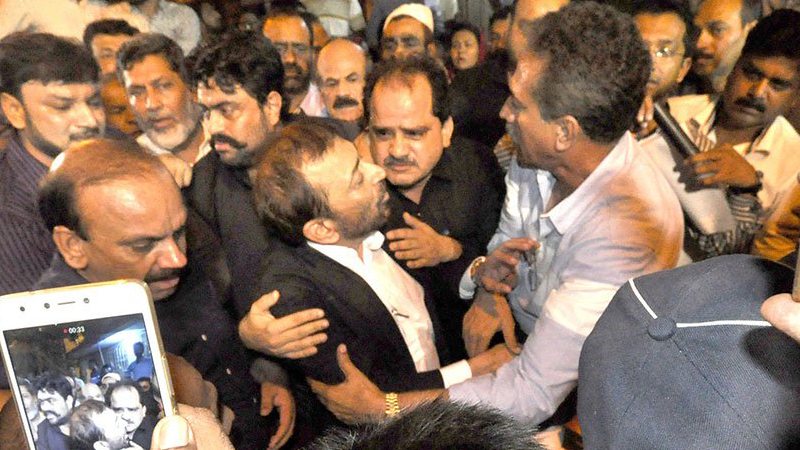 Now is the time to shun the ethnic card and consider the whole Pakistan the community to serve. It has been around 70 years and they are still Urdu-speaking — majorly because of the politics of the so-called and self-proclaimed leaders who are more interested in keeping the Muhajir card alive for gaining financial as well as non-financial benefits.

Lastly, it should be remembered that right away, all the sections of MQM are one and their controllers are the same people who founded the party on the ethnic card. Unless all the above mentioned changes are made in the party, nothing is going to improve. It is high time modifications are pursued and implemented. MQM and its offshoots needs revival and this will only happen when the foreign connections attached with the party are abandoned and its base is extended to the non-Urdu speaking communities.

The writer is a professional writer and considers writing to be the sole purpose of his life. He has done masters in Commerce and History and holds PG Diploma in International Affairs. He can be contacted at [email protected]