The need for a counter narrative

Islam’s greatest sociologist and political scientist Ibn-e-Khaldun had emphatically rejected the concept of an Islamic State, and opposed the use of religion in politics

Pakistan continues to drift towards religious extremism and intolerance. Both Muslims and non-Muslims find themselves insecure and unsafe in the prevailing air of terror and hatred.

Peace seems to remain a distant dream. The vile dogmatic ideological theories of extremist forces have taken the society into outright hostage. The hate-mongers under the banner of false narratives are promoting a warfare ideology and suppressing the people on basis of faiths and ethnicities.

There is an environment of uncertainty in which students go to universities and never come back.

We have witnessed how Mashal Khan was brutally lynched by his own fellow students on the fake charges of blasphemy. Baloch and Pashtun students have been beaten and thrashed several times in the Punjab University at the hands of goons of Islami Jamiat-e-Talaba. Violence in educational institutions results in increased violence based on race and ethnicity.

Recently, a principal of a private college was shot dead by a student over blasphemy allegations. It was reported that the student who killed was galvanised by hate speeches and extremist beliefs who had attended a sit-in staged by a new ultra-religious political party, in Faizabad.

Cruel physical punishments and sexual abuses with children in religious seminaries are a matter of routine but almost all of them go unreported. Last month, an eight-years-old madrassah student was beaten to death by a maulvi. Instead of regretting his inhumane act, the maulvi casually termed it a ‘flimsy mistake’. He even tried to justify the corporal punishment by concocting religious texts. 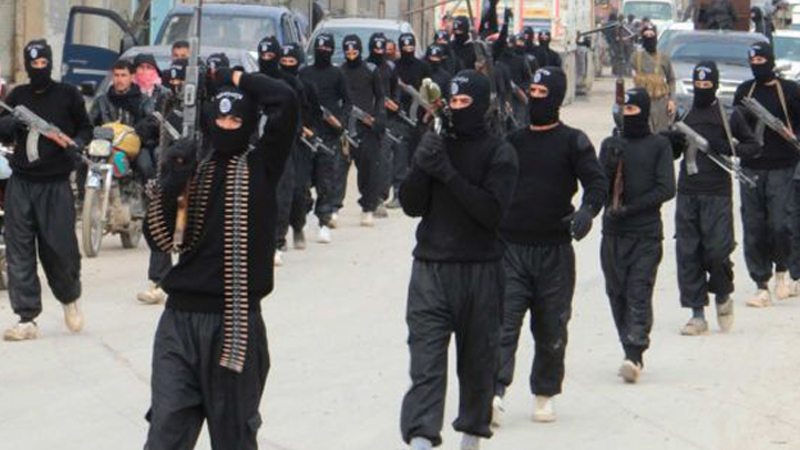 In one of his articles on the roots of extremism, Pervez Hoodbhoy writes that it is futile to claim that IS and other extremist ilks have nothing to do with Islam because their leaderships quote the supportive holy doctrines to carry out their nasty violence under the banner of their faith. He says that there is argument that radical Takfiri groups considered unfamiliar with Islamic tradition and their interpretation of Islamic sources is incorrect. But still these wise recommendations seem to cut no ice with extremist ideology and failed to lessen the cult of religious terrorism.

The fundamentalists claim that Muslims can properly carry out their religious practices only in an Islamic state. That is what we see today; the ISIS is waging war to establish an Islamic caliphate.

If that is the case, Pervez Hoodbhoy writes, that more support comes from Allama Iqbal, a celebrated poet philosopher who declared that the ultimate goal of Muslims is to create a caliphate. In his influential 1934 lecture The Reconstruction of religious thought in Islam, Iqbal said, “in order to create a really effective political unity of Islam, all Muslim countries must first become independent, and then in their totality they should range themselves under one caliphate.”

While Islam’s greatest sociologist and political scientist Ibn-e-Khaldun had emphatically rejected the concept of an Islamic State, and opposed the use of religion in politics.

Jessica Stern and J.M Berger in their book ISIS: The state of Terror write that ISIS actively recruits children to send them to training camps and then to use them in combat, including suicide missions. ISIS had used children as human shields, suicide bomber, snipers and blood donors. ISIS considers philosophy, science, history and art to be incompatible with Islam.

Ironically, radical groups such as IS quote holy doctrines to support their ideology. They say it is permissible to have sexual intercourse with women war prisoners of other faiths. However, in the contemporary world, no one in the Muslim community follows this. Most Muslims do not consider IS true followers of Islam

According to the research of Mia Bloom and Horgan, ISIS follows trends of training ever younger operatives. By doing so they hope to ensure a new generation of fighters. The definition of child soldiers includes not only those who participate in combat, but also cooks and sex slaves.

Ironically, the radical groups quote holy doctrines to support their ideology. They say it is permissible to have sexual intercourse with the war prisoner female captive of the opponent faiths.

However, in the contemporary world, no one in the Muslim community follows this and does not accept Islamic theocratic state.

Before things gets worse, we need to come up with an alternative narrative to counter extremism and its clever strategy. We also need to fight the battle on ideological grounds.

The scholars should come forward to dispel those false teachings about Islam. Religious doctrines should be taught more clearly.

An overwhelming majority of brainwashed and misguided people who commit violence in the name of religion come from impoverished background. This makes them easy prey for those who operate dogmatic ideology under the shades of madrassah.

Religion can help people transcend selfishness, mental slavery and greed. It does not allow inciting violence and spewing hatreds.

The writer can be reached at masoodhameed916@gmail