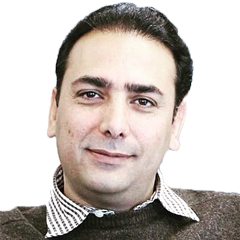 Tribesmen have no rights under the draconian FCR. The few schools and healthcare units they had were also destroyed in recent conflicts

In the last weeks, Islamabad witnessed an outpouring of extreme anger and fury from Pakistan’s Pashtun dominated areas. Thousands of protestors including University students, rights activists, and political workers converged at the National Press Club to condemn extrajudicial killings, disappearances of Pashtuns youth, loss of lives in landmines, forces’ arrogance on security check-posts, curfews and harassment of tribesmen on the pretext of maintaining security.

Pakistan’s quest to safeguard its delusional geo-strategic interests in the region has posed serious challenges to the survival of Pashtun community.

The Afghan Jihad had radicalised their society and the ongoing war on terror has destroyed it. Pakistan’s recent military adventures in the tribal region caused unmeasurable sufferings when millions were displaced from their homes. Meanwhile, this whole region from Waziristan to Swat Valley remained the prime target of terrorist attacks resulting into large scale death and destruction. Hundreds more were either disappeared or target-killed. Even schools and places of worship were not spared. Furthermore, exclusion in the decision-making process and exploitation of their resources have created an acute sense of alienation among the Pashtuns. This had forced them to raise their voices and ask is it a fight against Taliban or a campaign against them?

Over the years, Pakistani security establishment tried to stifle voices of dissent and we never found out how the people of FATA viewed the ongoing military and intelligence operations in their areas. The mainstream media ignored their side of the story or twisted it‘in the national interest’.

Tribesmen have no rights under the draconian Frontier Crimes Regulation (FCR) and they had few schools and health units which were also destroyed in the conflict. Tall claims of the civilian and military officials regarding the development of the region don’t tally with the abject poverty, lawlessness and deprivation on the ground.

Over the years, Pakistani security establishment tried to stifle voices of dissent and we never found out how the people of FATA viewed the ongoing military and intelligence operations in their areas. The mainstream media ignored their side of the story or twisted it ‘in the national interest’

On January 26, young Mehsud men under its charismatic leader Manzoor Pashtun determined to challenge the State narrative and to protect their fundamental human rights. They announced to march on Islamabad to protest the State atrocities.

War weary people from other parts of the tribal region and Khyber Pakhtunkhwa province also joined them and the Mehsud Protection Movement that started its journey from South Waziristan Agency was transformed into the #PashtunLongMarch when it reached Islamabad. It was an organic and spontaneous movement with no backing from any political or religious party. For ten days they observed a peaceful protest sit-in (Parlat) with more and more including women and war victims joining them every day.

Braving cold weather, threats and intimidation these young protestors were successful in creating solidarity across the borders, rejecting religious extremism, focusing real Pashtun issues and redefining the war against terror. In a series of tweets Afghan President Ashraf Ghani not only supported the #PashtunLongMarch but also praised the movement purpose “to mobilise citizens against fundamentalism and terrorism in the region.”

After deliberations with the country’s Prime Minister, and senior military officials and written assurance from the government the protestors agreed to postpone the sit-in for a month. Their leaders assured that if the government failed to honour its pledge they will launch a larger and more organised protest.

This is uncertain whether the State will change its discriminatory policies towards FATA, recognise Pashtun tribesmen as equal citizens of the country, address their issues and compensate for their losses or not, but the frustration and alienation of the Pashtuns is more obvious than ever. The demands are legitimate, the issues are genuine and the anger is real. Hope sanity prevails!

The writer is a journalist based in Prague, Czech Republic