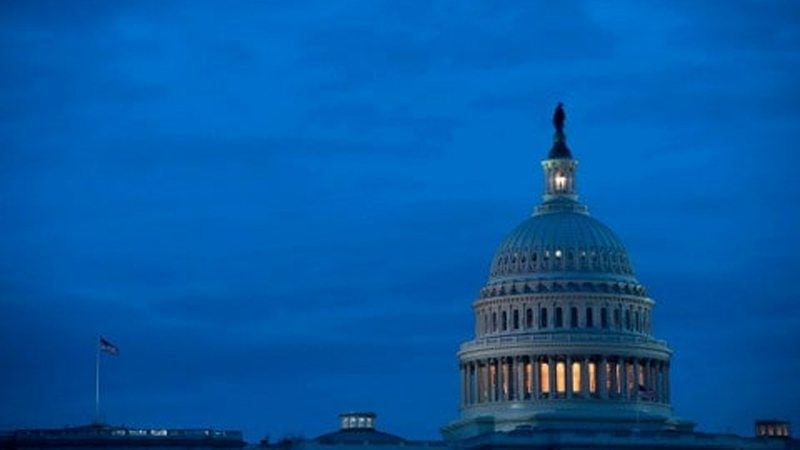 If you’re one of those people who, like myself, goes around trying to promote progressive policies that push back on poverty, inequality and joblessness (yes, even as we close in on full employment, there are still folks left behind), then you know all too well those three little words that stop the conservation: “What’s your payfor?”

It’s a reasonable question, but given the devolution of our politics, it’s become essentially unanswerable. Republicans, and more than a few Democrats, won’t raise taxes (as we’ve seen, the R’s will cut them). Until that changes, it leaves either spending cuts or borrowing, meaning adding to the deficit, as the sole sources for payfors.

Spending cuts won’t fund progressive priorities because the cuts are too likely to come from other safety net or social insurance programs. So we’re left with the deficit, and it is here where the deficit-financed Republican tax plan is changing the debate.

The tax cut was recently scored as adding $1.8 trillion to the 10-year debt. This should expose the hypocrisy of any conservative fiscal hand-wringing, which has always been a political tactic invoked to block spending on progressive initiatives.

Annie Lowrey provides the recent history of this phenomenon, and her reporting brought me back to the days of the Recovery Act, shortly after which ” … Republicans started whipping up concern over the country’s fiscal situation, even as many economists from across the political spectrum argued that workers needed more help from deficit-financed stimulus. Democrats, in many cases, agreed with their colleagues across the aisle, expressing deep concern over the long-term fiscal situation. Next came a commission [Simpson-Bowles], endless budget negotiations, a tax increase, struggles with the debt ceiling, sequestration, a government shutdown.”

And what did we get for all this? A healthier fiscal outlook, perhaps? Of course not. We got dysfunctional government, endless short-term budget patches and a debt-to-GDP ratio that is expected to be in the high 90s a decade hence.

But we also got this: Democrats are asking themselves, “Must we sacrifice our agenda at the altar of fiscal responsibility?” There’s a recognition that when the majority refuses to raise taxes or cut spending on anything other than Democratic priorities, the “what’s-your-payfor” question is a trap.

In recent weeks, I’ve been at meetings where people have introduced some costly ideas, and the question of payfors has either hardly come up or been summarily dismissed based on the dynamics just noted. While this strategy is not riskless, it’s liberating. Progressives are taking off their self-imposed fiscal handcuffs!

To be sure, the idea that deficits never matter is not correct. Trust me, I’m not reaching for the handcuffs, but neither am I totally discarding the notion of fiscal constraints.

True deficit hawks – not the chicken hawks in Congress – worry public borrowing will crowd out private borrowing, lead to faster inflation, higher interest rates and slower growth. But for most of the past few decades, any correlations between these variables and deficits have been small to nonexistent. To be sure, that’s a function of things that could change, including robust international demand for U.S. Treasurys, the lower-for-longer Federal Reserve funds rate, and persistently weak demand across many economies, leading to low interest and inflation rates, often regardless of public debt levels. Because rates have been so low, interest on the public debt has also been low. However, the larger the debt, the costlier any spike in rates. The yield on the five-year Treasury bond (the average maturity of Treasury debt is around five years), while still low in historical terms, is up just under half a percentage point over the past three months. CBO estimates that a sustained, one-point increase in interest rates raises the debt by $1.6 trillion over a decade. That’s a whole other Republican tax cut (and that estimate was made before the costs of the tax cut or the new, unpaid-for budget deal were added to the debt, so it’s biased down)!

That’s not a fiscal tragedy; that extra debt service is somebody’s income (though about 40 percent of our debt is held by foreigners, so some of that income leaks out) and it amounts to only about 1 percent of GDP over a decade. But neither is it something to take lightly, especially when part of the debt buildup is a function of wasteful, regressive tax cuts.

Next, as I recently pointed out on this page, while there’s little economic rationale for it, research finds policymakers are less likely to employ countercyclical fiscal policy to offset a recession when the debt ratio is relatively high, as ours is and is becoming even more so. That’s another potential cost of ignoring debt levels.

If majorities of policymakers are unwilling to pay for necessary, progressive initiatives, we will have to accept larger deficits. That means accepting the risk that higher deficits could lead to higher inflation and interest rates, expensive increases in debt service, or restrictive fiscal space, while building support for a more balanced fiscal policy should those problems surface. But those risks must be balanced against the much larger risk of letting the payfor question shut down every progressive policy initiative. That, I suggest, is the correct sequencing. So shed your handcuffs, fellow progressives, and never again let “what’s your payfor” end the conversation!