‘Pakistanis may not like it that Mr Jinnah fell in love with a Parsi girl, but the truth must be told’ 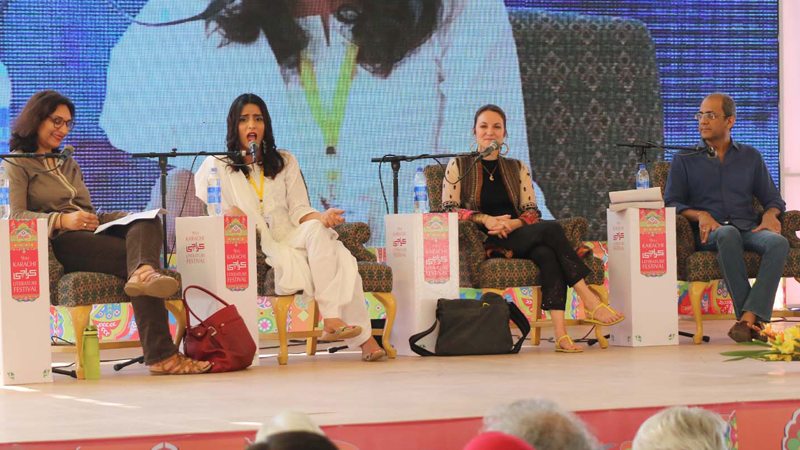 KARACHI: The second day of the Karachi Literature Festival (KLF) featured the launch of books from a range of topics.

Remnants of a Separation, a history of Indian partition through material memory, was launched at a session in Jasmine Hall.

“When you are born in India or Pakistan, you cannot escape from the impact of partition”, said Malhotra, “Official history doesn’t encompass everyone so we have to trust peoples’ memory, but memory is inherently fallible so collective memory becomes personal memory. We have to take things at face value, but blend oral history with archives as they cannot exist separately.” About interviewing people about their partition memories, Aanchal explained, “Memory is not chronological. You need triggers to remember. You need to talk about senses, ask questions like what did Chittagong smell like at that time.”

Bhopal Connections: Vignettes of Royal Rule by Shaharyar M. Khan was launched with a conversation between the author and Mani Shankar Aiyar, moderated by Sadaffe Abid.

Pirani and Other Short Stories by Jamal Abro was launched in a session that featured Mahtab Akbar Rashdi in conversation with Attiya Dawood and Shah Muhammad Pirzada. Masood Lohar was the moderator.

Three books on the country’s socio-economic and governance priorities were also launched on day 2. Authors Hafiz A. Pasha, Sakib Sherani and Vaqar Ahmed sat with moderator Abdul Qadir to discuss details from their works. Pasha said, “Since the 1990’s Pakistan has lost its growth potential and trajectory. What is equally worrying is that inequality is rising. The evidence is that over the last 15 years, the gap between the rich and poor has risen. In the last few years, the gap has increased by one third. The fundamental concern for the country’s economy is the need to manage growth and inequality.”

Other books launched on day two were Travels in a Dervish Cloak by Isambard Wilkinson; The Three Innocents and Ors: Chughtai on Childhood translated by Tahira Naqvi; A Thousand Cups of Tea: Among Tea Lovers in Pakistan and Elsewhere in the Muslim World; and The Faltering State: Pakistan’s Internal Security Landscape.

During the launch of Governing the Ungovernable, author Ishrat Husain talked with Mani Shankar Aiyar, and Y. Venugopal Reddy about institutional reforms needed to strengthen democratic governance. Husain said, “I have looked at explanations of Pakistan’s decline. First and foremost, Pakistan is a fragile failing state with nuclear power, extremism roaming about, tension with India and the US.” He added, “Whenever Pakistan has received generous foreign assistance, Pakistan has done well. This has been in relation with military governance.”

At the launch of Of Pearls and Pecks of Straw, author Iqbal Akhund talked with Ashraf Jehangir Qazi in a conversation moderated by Maniza Naqvi. Akhund said, “I am one of the last few Indians left. Many of you were born and bred here. I was born there and I was not at all in favour of Pakistan; we lived happily with Hindus, Christians and Parsis. Eventually I came around to the idea but I must confess I still have a certain nostalgia for the country that was.”About the book, he said, “In 18 years I wrote 20-30 pages but then the book started to write itself and it was done in 2 years.”

The most awaited book launch of the day was that of Mr and Mrs Jinnah: Hindustan kiHairankun Shadi by Sheela Reddy. The session featured a conversation between Sindh governor Mohammad Zubair, F.S. Aijazuddin. Professor Kamran Asdar Ali was the moderator. “Jinnah’s personal life has never been discussed in this way. Pakistanis would probably not like it (the book), they don’t want to humanise Jinnah in this manner, they can’t fathom that he fell in love with a Parsi girl. So they might not like it but the truth must be told,” said Mohammad Zubair. Author Sheela Reddy was asked what attracted 42-year-old Jinnah to an 18-year-old Parsi woman, to which she said, “I think on his part it was her very youth that might have attracted him. She was a great romantic. I think she had qualities that Jinnah had suppressed in himself due to his need to self-invent into another man, a great man.”

One of the sessions featured a discussion on #MeToo: Gender Issue Today.

I have found more feminists in Pakistani lower-middle classes, than the elite, says Aurelie Salvaire

“Issues brought up by the Me Too movement have exposed not just sexual exploitation but economic exploitation. Surveys reveal that women themselves don’t sometimes regard their labour as work,” observed HarisGazdar.

Aurelie Salvaire said, “I find that there are more feminists in Pakistan’s lower middle classes than in the upper classes. Imagine what would happen if all the women in Pakistan stopped working for one day, the country would be paralyzed. We have so much power but we don’t know it because patriarchy has divided us.”

At another session, the book Howzat the Madness that is Cricket was discussed among Rishard Heller, Shaharyar M. Khan and Mohsin Khan.

In the session Autobiographies: A Conversation, Zubeida Mustafa, the first female editor of Dawn and the author of My Dawn Years, sat with Kesho Scott of The Habit of Surviving and Tight Spaces. Mustafa said, “I wouldn’t say I was the first woman in journalism but I did join it at a time when I could influence policy and pave the way for other women.”

‘Our city has no planning authority’

Can Art and Culture Save the City? featured Durriya Kazi, Sania Saeed, Faraz Hamidi and YawarJilani. Naila Mahmood was the moderator. “City making is a complex task especially if you bring culture into it. Cities need a conscience, an understanding of history,” said Yawar Jilani, adding, “Our city has no planning authority. It’s headless. There is no institution to have a dialogue or a thought process with about the direction Karachi should be headed in.” 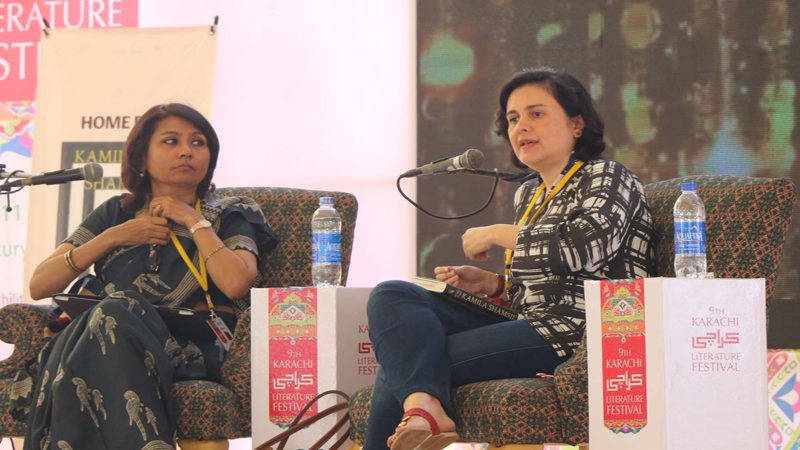 Sania Saeed said that she was born during the time of dictatorship so ‘we were just thrown into democracy. We didn’t know what to do because we were told what to do and what not to do. We never got a chance to experience political dialogue.” She added, “Theatre has a respectful engagement of the presenter and audience. It is non threatening and non confrontational and more engaging and has a longer impact and if it can be continued then it reflect more positively in people’s attitudes. However, art doesn’t come under the politicians’ radars, which has allowed us to get away with a lot of things.” She said, “It’s difficult to get people out of their comfort zone because they’ve accepted and are living in this garbage, and to shake them out of this and get them out of it is difficult so it’s a psychological issue too. There are limited theatres in Karachi, if you don’t get along with the Arts Council, you might as well just pack up and leave, you cannot even perform on the streets.” To this, Durriya Kazi responded, “I think artists can bridges the gap between chaos and order.”

In another session, Historian Francis Robinson talked with Mahmood Jamal and Hameed Haroon on his book Jamal Mian: The Life of Maulana Jamaluddin Abdul Wahab of Farangi Mahall 1919-2012.

‘Access to schools is the real problem in girl’s education’

The session on Education of Girls: Perceptions and Realities in a Changing Pakistan featured Rahat Kazmi, Sania Saeed, and Nadia Naviwala. Nadia Naviwala said that ‘surveys show that 75% of Pakistani parents think that education for girls is as important as boys. Gender gap in education remains at 10% in Pakistan and most of this is because of rural areas’. “Access to schools is the problem; the stigma isn’t girls schooling but girls going to school – meaning, mobility is the issue.” According to Nadia, “You need to make schools safe for girls by having more female teachers. You can get girls to schools but you also need to have quality education. Schooling and education isn’t the same thing.”

The day ended with a music performance by Arieb Azhar along with a mushaira.

Speaking on the occasion, Governor Mohammad Zubair said that after attending the KLF he was confident that Karachi was returning to its past glory. “Karachiites are enjoying life like the inhabitants of any other city of the country,” he said.

Talking to Daily Times, classical singer Amit Chaudhuri, who has arrived from India to attend the festival, said that KLF was a great way to educate youngsters about classical music and literature, adding that Mehdi Hassan was one of his favorite ghazal singers.