The right to know

Freedom of information is more generally understood as freedom of expression in any medium. It allows the public access to all information held by governmental institutions, which should only be withheld for reasons including security and privacy. The right to Information (RtI) is the essence of the democratic world as it empowers citizens to ask critical questions considered essential to holding the government accountable. It serves as an opportunity to learn how government functionaries perform so that citizens can call out any lapses. It enables the public to better understand the decision-making process, engaging them in politics, which could only be achieved by the access to information held by public bodies.

Transparency is, in reality, the very essence of a strong democracy because the provision of relevant information is instrumental in both preventing and combating corruption. The proper implementation of these liberties considerably helps improve government performance as this information initiates a comprehensive debate. Once the public starts asking questions from the governmental institutions, it can play an active part in policy-making as well as effective legislation.

Over the past decade, the significance of Right to Information has been extensively acknowledged by countries, even in the developing world. While only 13 countries had adopted the national Freedom of Information laws in 1990, more than 90 states now boast of these laws.

Freedom of information (FOI) is essentially the fundamental touchstone for all freedoms to which the United Nations is consecrated as recognised in the UN General Assembly Resolution 59(1) as well as Article 19 of the Universal Declaration of Human Rights. The Human Declaration clearly states that the fundamental right of freedom of expression encompasses the freedom “to seek, receive and impart information and ideas through any media and regardless of frontiers.” FOI has also been enshrined as the corollary of freedom of expression in other major international instruments, including the International Covenant on Civil and Political Rights (1966) and the American Convention on Human Rights (1969).

It is, however, the state’s responsibility to reflect on needed amendments in its legislation to effectively implement freedom of information. The Constitution of the Islamic Republic of Pakistan recognises the freedom of information as an unquestionable right of every citizen. The history of its legislation in Pakistan goes back to 1997 when the-then president, Farooq Khan Leghari, had promulgated an ordinance on FOI, giving Pakistanis a new legal right. The subsequent administrations also acknowledged the freedom as a fundamental constitutional right on many occasions. After FOI ordinance was promulgated in 2002, Pakistan became the first country in South Asia to adopt the UN resolution. In 2010, the 18th Amendment to the Constitution also recognised the right as a fundamental constitutional right. Article 19-A was also added to this amendment, which stated, “Every citizen shall have to right to access information in all matters of public importance subject to regulations and reasonable restrictions imposed by the law.” Only three years later, provincial governments passed their respective Freedom of Information laws in Punjab and Khyber Pakhtunkhwa.

This legislation empowers the Information commissioner to oversee and revert the decision of the public bodies; ordering them to provide the requested information within a stipulated time period. Their failure to cooperate could even result in their suspension from the service. The Punjab RTI has achieved a great number of results over this period.

Major achievements in this regard were the Lahore High Court Chief Justice response to the application regarding his salary and perks to the Punjab Information Commission and the appointed of the Deputy Registrar as the Public Information Commissioner at the High Court. Such instances send out a strong message to all governmental functionaries, creating a sense of respect for the citizens of Pakistan.

Ending the deep-rooted culture of secrecy in the government departments along with the effective accommodation of all RTI requests would definitely take a lot of time. It would be a while before the societal mindset can be revolutionised in order to comply with the modern democratic world, which demands openness, not the confinement of information by departments.

Moreover, policymakers would also have to decide as to what constitutes national security and what falls within the public domain. This could only be achieved by effective legislation. In a particular case, the Home Department Punjab was ordered by the Punjab Information Commissioner to provide mercy petitions to the applicant, which were previously rejected on the grounds of being highly Privileged documents relatable to the secrecy of the Department. Such developments clearly depict a lack of awareness in the Home Department where they believe any information held by them should be kept secret. This mindset prevailing governmental departments would hopefully change for the better in the future. This is the first step towards open government.

The writer is a barrister-at-law, currently working in human rights 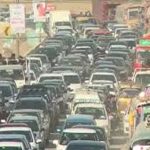 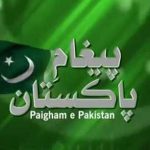 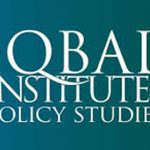 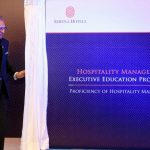