While it is true that there has been an increase in such cases, it must be understood that child abuse is not a new phenomenon in our society, especially in Punjab where such cases have always gone unreported

The recent rise of child abuse incidents in the province of Punjab and the subsequent developments have deeply saddened the entire nation.

With the rapid increase in such issues, it seems as if we are living in an uncivilised age and not in the era of 21st century.

Since the emergence of these issues, it seems to be like we are passing through an uncivilised age instead of 21st century which is a period of development and civilisation.

Innocent young souls are being abused at the hands of those who want to destroy our future and generations. While it is true that there has been an increase in such cases, it must be understood that child abuse is not a new phenomenon in our society, especially in Punjab where such cases have always gone unreported. Had the Punjab government taken a strict and serious action against the culprits in previous incidents, Zainab and her parents would have never faced such a traumatic tragedy.

Instead of being investigated properly, the case fell victim to political scoring and sensationalised media coverage.

Moreover, on the very same day, media also reported similar incidents in Faisalabad and DG Khan. The government did not seem interested in taking up those cases.

Had the Punjab government taken strict and serious action against the culprits in previous incidents, Zainab and her parents would never have faced such a traumatic tragedy

The 2015 Kasur incident which involved rape of hundreds of children at the hand of a notorious and influential gang hardly was never turned into an opportunity to tackle the deep-rooted problem of child abuse. In fact, the hype created by the media withered away.

Unfortunately, the Punjab government remained silent throughout the high-profile case. Though it did make promises to apprehend the culprits, there has been no breakthrough in the case.

It was being suspected that one of the elected members of the ruling party was also involved in the crime. The gang was allegedly operating under the protection of the politician for a very long time.

The passivity and apathy of the government’s role in the case strengthened the culprits further who are already at large. 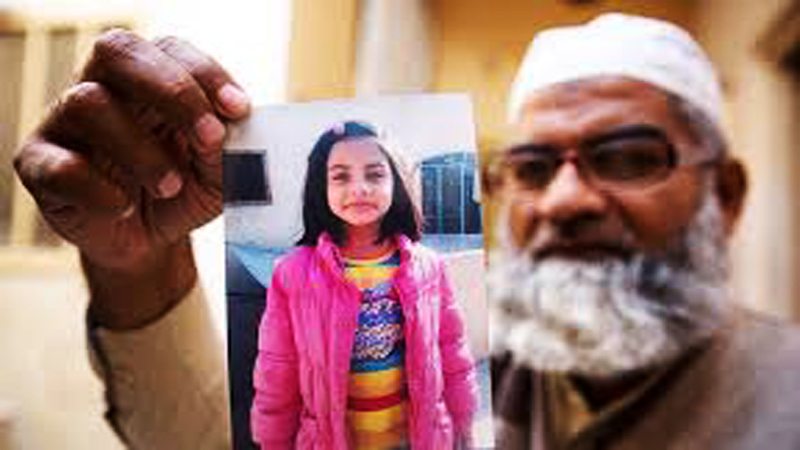 The government keeps boasting about its measures for the development of infrastructure and improvement of the governance, but ironically, the increase in incidents of child abuse is suggesting quite the opposite of it; it has exposed the shallowness of the claims of Punjab’s ruling elite.

As a sensitive human being, my heart goes out to the victims and their families.

I believe it is our prime responsibility to make efforts to bring change in the society. As a mother, I could not control my emotions. The least I could do is to raise my voice and urge the provincial assembly to pass a resolution against this incident.

It is high time that we contemplate on this issue and pursue the culprits and facilitators and bring them to justice so that no such crime takes place in future.

No Muhammad Amin has to be deprived of Zainab Amin. As Martin Luther King Jr. said “injustice anywhere is a threat to justice everywhere.”

Punjab government should come out of its comfort zone and bring the culprits to their logical end, provide justice to the victims and psychological support to the children and parents-affected in order to bring them out from the bitter memories of barbarity and make them a productive citizen.