On 6 February, Siddiq Baloch breathed his last in Karachi. This legend, normally called Lala out of respect, was the torchbearer of English press in Balochistan, who served through his journalism for more than 50 years.

Baloch was born in 1940 in the under-developed but intellectually fertile area of Lyari. He received his early education from Lyari and completed a Master’s Degree in Economics from the University of Karachi in 1966. Immediately after his graduation, he joined Dawn newspaper and remained with it for next three decades.

Lala Siddiq served as Press Secretary of Governor Balochistan Ghaus Baksh Bizenjo in 1972-73. He was also incarcerated along with other National Awami Party (NAP) leaders in the infamous Hyderabad Tribunal case. He spent three years in prison before he was released after the imposition of martial law in 1977 by General Ziaul Haq.

In 1989, Baloch developed difference with the editor of Dawn and decided to part ways with the newspaper. In the same year, he launched Sindh Express from Karachi, which did not last long due to economic problems. In 1990, he established Balochistan Express as the second English newspaper from Balochistan. He went on to launch Azadi, an Urdu newspaper in 2001.

Using the platform of Balochistan Express, Baloch highlighted the issues of Balochistan on the almost daily basis. Editorials written by him focused on the problems faced by ordinary people of Balochistan on a regular basis. He provided a voice for the voiceless people of Balochistan whose problems were even ignored by national newspapers published from the province. He always criticised the government on merit and never adopted a partial editorial approach in favour of any leader or political party. Moreover, He was a staunch proponent of Baloch rights and vehemently opposed any step he deemed against the welfare of Baloch people.

Although Baloch was a widely respected personality in Balochistan, he did not receive the level of acclaim he would have won if he had spent his lifetime as a journalist in Karachi or Islamabad

Even in his last article written from the hospital bed and published on 23 January 2018, Lala Siddiq demanded the release of Baloch and Pashtun students arrested in Lahore after a scuffle at Punjab University. This act speaks volumes about his dedication to his job and his cause.

Due to his academic background in Economics and his years of reporting on Balochistan, he had become an authority on the political economy of Balochistan. He understood the economic situation of Balochistan better than anyone and often criticised the economic policies of Balochistan. In an interview given to this writer in 2015, Lala Siddiq termed Balochistan government as a salary distribution agency, which does no good for the people apart from just paying salaries to government employees.

He was among a few journalists in Balochistan who also authored Books. He wrote two books on the political economy of Balochistan and both of which received critical acclaim. In his second book titled Balochistan: Its Politics and Economics, Baloch carried out a holistic analysis of the economic problems of Balochistan and even suggested solutions on how the most impoverished province of Pakistan can be developed. 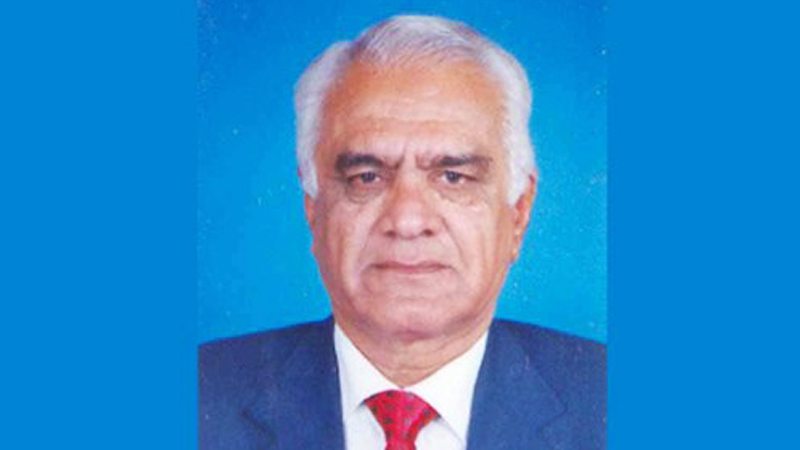 Although Baloch was a widely respected personality in Balochistan, he did not receive the level of acclaim he would have received if he had spent his lifetime doing journalism in Karachi or Islamabad. In fact, just a few months before his demise, the government of Balochistan suspended advertisements to the newspapers of Baloch on flimsy pretexts. The problem was later resolved, but this was not the treatment which should have been meted out to someone with the stature of Baloch.

While the funeral prayers of Baloch were held in Karachi, the staff of newspapers founded by him were busy in publishing the papers for next day. This was being done on his will as he had said that newspaper publication must not stop even on the day of his demise. The next day, Balochistan Express was published containing news of Baloch’s death and a mention of his accomplishments. The newspaper also had a picture of his empty chair.

Baloch, through his journalistic career spanning over five decades, set a very high example of excellence and dedication to the job. It would be very hard for any other journalist and editor in Balochistan to match the level of accomplishments that Baloch achieved. He has set the bar very high, and the vacuum from his departure cannot be fulfilled easily.

The Writer is a freelance journalist and columnist based in Quetta. He is also the Founder and Editor of Balochistan Voices, a community based English-language online newspaper. He can be reached on twitter @iAdnanAamir