Unfortunately, American enemy is taken to be someone who does not follow the imperial power in lockstep

A document was released on Tuesday night while President Trump was finishing his first State of the Union speech. It is focused on issues that Trump either missed in his speech or only mentioned them without elaborating much: mainly Afghanistan and Pakistan. Just a quick recap of the background: President Trump in his 21 August 2017 speech had lambasted Pakistan for sheltering terrorists while America was paying it billions of dollars to fight the very bad guys. Then came the new year ‘lies and deceit’ tweet followed by an Executive Order (EO) suspending security aid to Pakistan, even though the EO czar Steve Bannon is long gone licking his wounds inside the Breitbart embassy. Let us decipher some of Trump’s babble.

The EO said, “The president has suspended security assistance to Pakistan, sending a long overdue message to aid recipients that we expect them to fully join us in combating terrorism.”

Now, that’s quite reasonable a demand, except combating terrorism has two meanings: the real meaning, which would combat terror not by doing something but by not doing something and that would be participating in terror.

I will borrow here from Noam Chomsky who said, “Everybody’s worried about stopping terrorism. Well, there’s a really easy way: stop participating in it.” The other meaning, which is the imperial meaning of combating terror is quite simple: combat terror how we want you to even if it actually increases terror, as long as it looks good for public consumption and establishes ‘credibility’, which in the US government jargon means the ability to deliver destruction and devastation.

The document also states that ‘President Trump is making clear to our allies that they cannot be America’s friend while supporting or condoning terror.’ This one is easy. It sounds like a statement from Apple accusing Samsung of patent violation. Pakistan cannot be America’s friend if Pakistan competes with the US in supporting or condoning terror. So far, realistically, only a few nations stand out in their vivid support for terrorism: the US, UK, Israel, Saudi Arabia, and India. Interestingly, all are American allies and never lectured for their massive support for terror.

In his State of the Union speech, Trump in a veiled reference to Pakistan said, “Tonight, I am asking Congress to pass legislation to help ensure American foreign-assistance dollars always serve American interests and only go to friends of America, not enemies of America.”

Anyone who is not a victim of American media propaganda, especially the domestic propaganda for the near enemy or the more feared enemy — the American people — would realise that the real American enemy nation-state is none other than Israel. America’s overwhelming and unconditional support for Israel has earned it enormous hatred around the Muslim world. Majority of the Jihadists turned against America for its support for Israel. 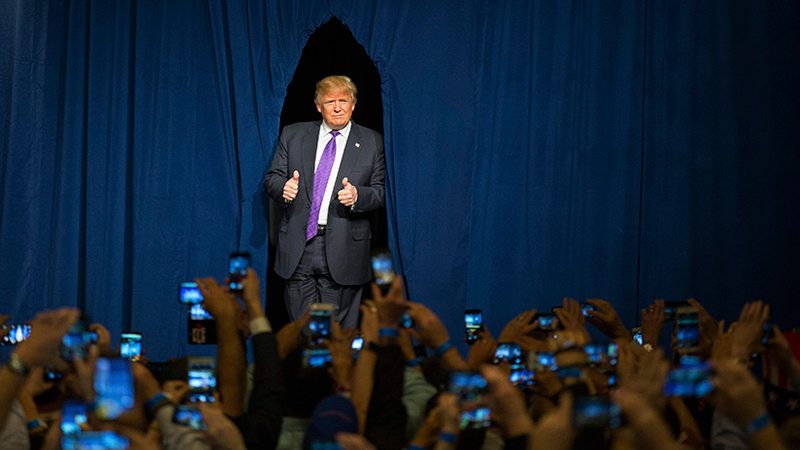 John Mearsheimer and Stephen Walt, two leading American intellectuals, made a convincing case that post-Cold War, the argument that a shared terrorist threat unites the US and Israel actually has the causal relationship backwards: the US has a terrorist threat in good part because it is close allies with Israel, not the other way around.

Therefore, American foreign aid dollars should be suspended for Israel more than for any other state. Unfortunately, American enemy is taken to be someone who doesn’t follow the imperial power in lockstep, rather than a state that is the key reason behind the anger that resulted in many innocent American lives lost. Even Rand Paul, the Kentucky Senator who advocated ending aid to Pakistan, has always pointed to the US foreign interventions as a primary source of hatred and anger towards America. His father, Ron Paul, was even more blatant in highlighting this reality.

The State of the Union speech labels the American occupying soldiers as ‘warriors’ and their local satraps as ‘heroic Afghan partners’. Imagine if America were occupied by some foreign nation for about 17 years, killing American civilians, attacking schools and hospitals, removing bullets from dead bodies of innocent civilians after killing them. I wonder what the reaction would be if the brave patriots who would fight back against such an occupation be branded as ‘terrorists’ instead of freedom fighters and those Americans who would aid the occupying country in its aims be branded as ‘heroic American partners’ instead of traitors?

I am an American, and I am appalled not at this hypothetical, but at the impossibility of imagining this turned table scenario. Luckily, I am one of those few Americans who has never bought the narcissism laden propaganda.

The writer can be reached at imran.jan@gmail.com. He tweets at @Imran_Jan