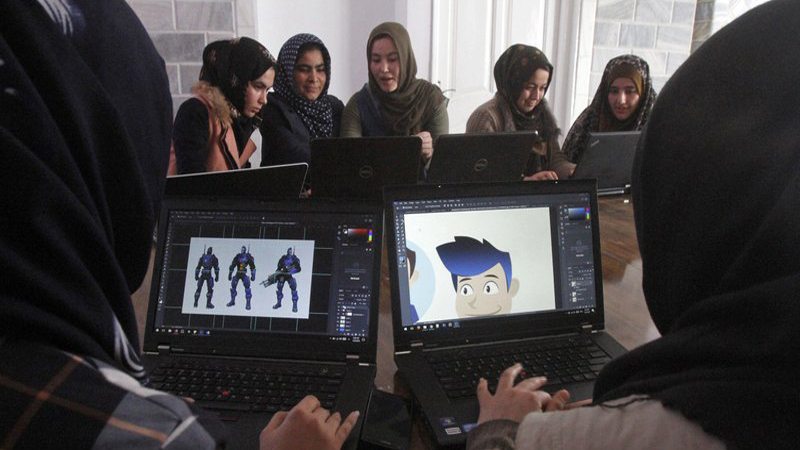 Students of Code to Inspire computer training center have developed a computer video game, in which a protagonist, an Afghan soldier, is tasked to fight against the enemy hidden in the poppy fields and eventually eliminate the drugs.

Khatera Muhammadi, a 20-year-old student of the institute and one of the main developers of the game, said that the game was based on her brother’s experiences as a US Army translator.

“Each time my brother came back home from his job, he would tell us about the poppy fields, the terrible mine blasts, battling opium traffickers and drugs,” the student said.

Speaking about the purpose of her combined efforts with colleagues, Muhammadi said that the game is a means to educate the youth about the country’s fight against drugs, adding that the team developed the game in a month.

Code to Inspire, a girls-only coding and tech-institute, provides females in the country with an opportunity to learn skills and earn for their family from home since it is not easy for them to find a job outside, said Project Manager Hasib Rassa.

“It’s not easy for a girl to find a job and go to work outside of her home in Afghanistan. Now, with just one laptop at home, she can work online and earn money and help her family,” Hasib said.

Afghanistan’s war against opium faces direct threat in numerous parties across the country including the Afghan Taliban involved in large scale opium production, while the United States (US) has spent billions of dollars to eradicate the drug from the country, according to a New York Times report.