It seems that Pakistani society is filled with barbarians, where lives and honour of little angels are cut short with no fear of punishment as if there is no law in the country

The gruesome and cold-blooded incidents like gang-rapes, rapes and killings of innocent girls of tender age have become a regular phenomenon in Pakistan. It seems that the Pakistani society is filled with barbarians, where lives and honour of the little angels are cut short with no fear of punishment as if there is no presence of law in the country. It seems that criminal justice system has become dysfunctional and continuously failed to protect citizens from the brutal, monstrous and tyrant actions of these evils.

In the first week of January 2018, the brutal and heinous incident of rape and killing of Zainab Amin, a 7-year-old girl, took place in Kasur that unleashed a wave of revulsion around Pakistan. Just a day after Zainab’s incident, the body of Sajida, 15, was recovered from a field in the Tasawarabad village of Bhalwal town in Sargodha district after she was allegedly raped and slaughtered. On January 19, the dead body of Asma, 4, was abandoned in a field near her home after she was raped and killed in Kharki area of Mardan district. A girl, 13, was allegedly sexually abused before being killed in her house at Killi Ismail area in Quetta on January 29. In Baloch Colony of Karachi, a girl, 11, was allegedly raped by her step-father on February 3.

These incidents are just the tip of the iceberg. In Pakistan, there have been countless incidents of such barbaric activities without any hesitation or fear. Most of the cases are neither highlighted nor reported by the national media. Statistics compiled by Sahil, a children’s rights advocacy organisation, reveal a shocking picture of child abuse across Pakistan. In the first half of 2017, 1764 cases of child abuse were reported, while 4,139 such cases were recorded in 2016.Of the overall reported cases, 62 percent were reported in Punjab, and 27 percent were in Sindh. 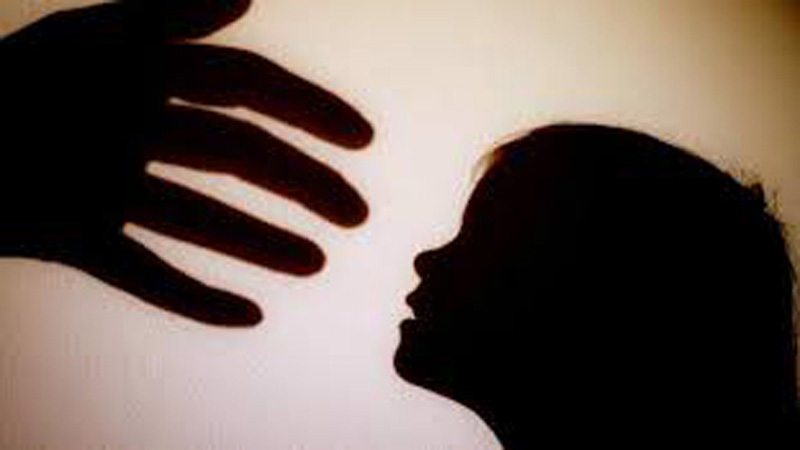 The fact is that the rape is a serious crime punishable by death, yet due to the dysfunctional mechanism of law enforcement, the frequency of rape incidents is persisting in Pakistan. Because of the complicated legal requirements, the judicial system and police infrastructure have not been playing the expected role and have not produced useful results to control this vicious crime. As a result, taking advantage of the grave situation, the perpetrators have been damaging innocent lives of children.

It is the individuals who disapprove deviant behaviours through resentment, backlash and protests against social evils to bring about social justice and peace in society. But I feel ashamed having seen a cruel and deep-rooted tradition of silence surrounding the phenomenon of rape and killing of children in Pakistan.

It is a matter of concern as to why the general public is reluctant to express its anger and condemnation of this barbaric social vice, which affects our daughters and sisters dangerously and results in an unwarranted blot on their life and honour.

The startling fact is that a vast majority of rape and child sexual abuse victims are forced to be silent to protect their family’s honour and their social lives. Therefore, they do not report the crimes committed against them. But when some of the victims, despite enormous social pressures and stigmas, have the dare to report rapes and sexual abuses, owing to the legal complications and the lack of primary evidence, they are unable to seek justice.

The inability and inefficiency of the criminal justice system of the state to provide the victims with justice, refrains the majority of them from reporting their tragedies. In this regrettable situation, they prefer to remain silent. In this way, a culture of rape and child sexual abuse remains unleashed in the society.

Recognition and provision of equal, fundamental and inalienable rights to women and girls is the sine qua none for the establishment of a society based on freedom, justice and peace. If we are serious to have such society, our female population must enjoy protected life and honour. They are humans and are to be treated like humans but are not to be raped and slaughtered like animals.

The only way to prevent the atrocious and vicious crime of raping and killing minor angels is through speedy justice and severe punishments to the monstrous offenders. If the offence is bailable or compoundable in any section of Pakistan Penal Code (PPC) that requires out of court settlement or any compensation or forgiveness by the parents of victim children, it should be amended. Moreover, as the admissibility of DNA test as primary evidence in the rape and murder cases is the need of the hour, therefore, the responsible institutions and individuals should contemplate it.

It’s moral and social obligation on every citizen, but human and child rights activists especially have to launch campaigns to make the state machinery feel responsibility for revamping and reforming the existing laws especially Qanoon-e-Shahadat to convict the perpetrators.