This is how we can solve the housing crisis 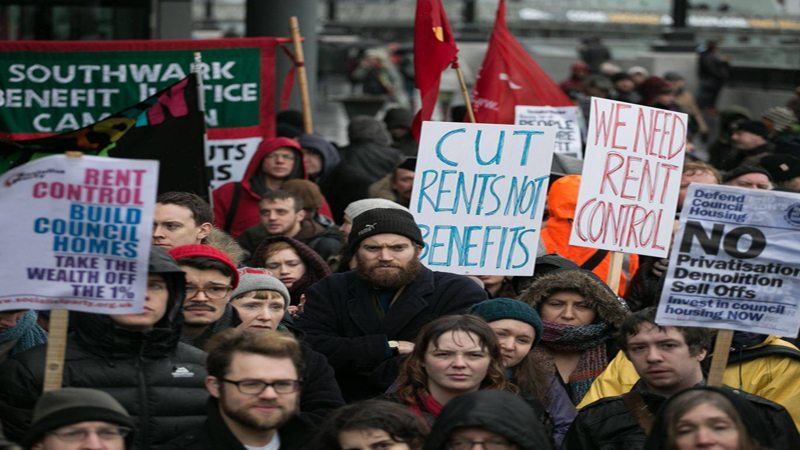 Labour’s willingness to entertain radical land reform will reap fury from vested interests. But someone needed to say it. There is a reason why the Conservatives have been producing mostly hot air on housing (if you want a precise figure for hot air, it’s up to one press release for every twelve homes). It’s not because they’re in bed with of dodgy landlords, although many are – take the millionaire Tory MP who tried to force out residents on his estate with crippling rent rises. And it’s not just because they’re stuck between lobbyists for developers and their own councils who don’t want to build.

The problem is that even those in government who care about the housing crisis don’t recognise why it exists. Insufficient housebuilding alone is not the cause, although it is crucial. There is a crisis because the market is rigged to funnel money from the poorest to the richest, and until the stranglehold of a wealthy few is loosened, policy can only make small dents in the system.

Land is at the heart of this. For many, land reform might summon up vague memories of history lessons about the Enclosure Acts. But low and middle-income town-dwellers are being pushed off land in a way that has changed little since the events described in those lessons.

Over two decades, the market value of land has made profits of over £4 trillion, driving much of the increase in house prices. This wealth was not earned by building houses or any other useful increase in economic productivity. But the money has to come from somewhere, and it has come from our soaring rents, our mortgage deposits, and our diminishing quality of life.

Much of the housing crisis flows from here. Big developers compete to bid higher for land to build on. The highest bidder recoups their money by targeting super-rich buyers, cutting corners on construction, and using lawyers to avoid providing affordable housing. State attempts to help buyers, such as the recent stamp duty cut, are absorbed easily and can even fuel house prices. Meanwhile, the landowners’ unearned stash keeps piling up.

Things are changing – about 3,000 luxury flats in London have remained unsold for over a year. House prices are falling slowly. So Labour’s intervention comes at the right time. Attempting to solve the problem with building alone is fantasy politics, especially when the cost of building is so high. Real-life politics can’t satisfy everyone; there are winners and losers and voters know it. Labour understood this during the general election, with policies such as targeting private school VAT relief to fund free school meals for all children.

Labour’s latest idea – cutting the expected value of undeveloped land from the overall price when selling to a state-owned company – has a few, predictably outraged, losers. But it’s not a “land grab”, it’s just an appropriate form of compensation that rebalances our economy by putting people before profits. Not even most landowners will be negatively affected – a pig farmer in Ayrshire is unlikely to be able sit on their laurels relying on vast profits from a hypothetical luxury skyscraper that doesn’t exist and they won’t build. Moreover, landowners can’t rely on threatening capital flight unless they plan to dig up Bromley and fly it to the Caymans.

The winners, however, would be the millions struggling to balance rent or mortgage repayments against food, bills and living.

It may earn Labour few favours in the press, but floating rather than imposing new policy enables a participatory national conversation about the borderline-feudal land racket. There is growing demand for tenants and residents to be listened to on housing, and this provides an opportunity for people affected by the debate to join it. It offers an opportunity to combat myths, such as the notion that migration is squeezing land. Most of our land is not built on and there would be more than enough to go around in a system serving the needs of the many rather than the bank accounts of the few.

From house prices to our access to common spaces from football pitches to parks, to which streets or fields we can walk through, the distribution of land cuts to the heart of who we are as a nation. The very few should not be able to determine alone whether those who live, work and die on this island should have a right to its soil. It’s about time we took back a little bit of control.