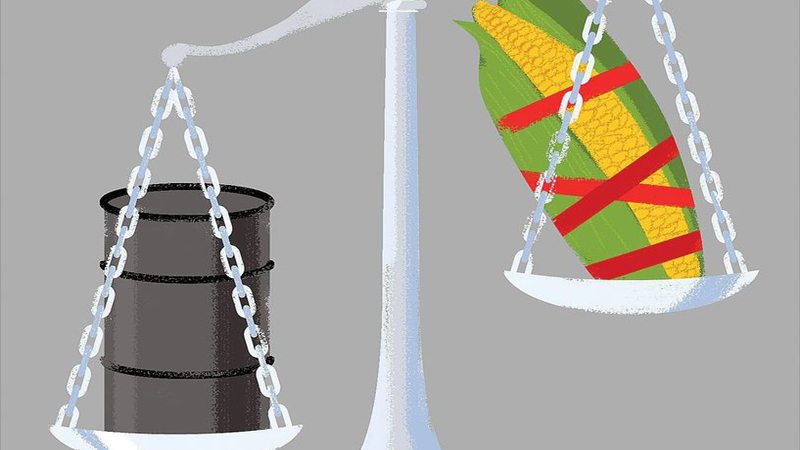 If the Trump administration does not soon repeal or make adjustments to the Renewable Fuel Standard (RFS), America will become even more dependent on foreign sources of energy as the country’s manufacturing jobs continue to decline.

The Trump administration must choose between putting America First or continuing the Obama administration status quo of rigging the deck to favor big oil companies, foreign nations and Wall Street investment firms. And it must decide soon because the problem at hand is rapidly coming to a head.

This week, Philadelphia Energy Solutions – an independent refiner responsible for 25 percent of the East Coast’s capacity – announced it would file for Chapter 11 bankruptcy due to the RFS’s unsustainable ethanol mandates. Many other small and medium-sized refiners may soon follow its lead.

It is no wonder why small refiners are struggling. All refiners, no matter their size, are required to meet their fair share of the government’s biofuels burden or pay a hefty penalty for not doing so.

Only the biggest refiners can afford to mix ethanol into gasoline themselves. As a result, the RFS has become a cash-cow for Big Oil and foreign nations, which profit handsomely off the backs of the United States’ small and medium-sized refiners that are just trying to keep their heads above water.

Refiners satisfy government compliance with the RFS’s biofuels mandate through possessing a satisfactory number of Renewable Identification Number (RINs) credits, which are essentially government compliance certificates. Since small firms are incapable of mixing ethanol on their own, they must either import foreign mixes that qualify for RINs credits – thus violating the Trump administration’s “America First” energy goals – or purchase surplus credits generated by the United States’ biggest oil firms.

And here lies the problem. Demand for these credits is so high that Big Oil has created a new business out of them. At the start of the RINs program, these credits cost only 3 cents each, but in recent years they have reached as high as $1.40 apiece. The secondary Wall Street market sometimes causes prices to rise by as much as 200 percent at a time.

While large companies like BP and Shell are understandably advocating more of the status quo, small, independent refineries are struggling. Some in Pennsylvania spend an estimated $500,000 a day just to comply with the RFS biofuel mandate. Meeting the requirements of the RINs program cost one refiner more in expenses last year than it would have to purchase the entire refinery in 2012.

The primary reason American refiners are struggling is the costs associated with burdensome red tape. For example, Philadelphia Energy Solutions, the company that filed for bankruptcy this week, spent over $800 million on these credits, its second largest overall expense next to crude oil. What alternate universe do we live in where complying with a government mandate costs more than operational and administrative expenses?

The Trump administration not only wants to strengthen America’s energy sector; it wants to make the country “energy dominant.” A RINs policy that rigs the deck to favor foreign oil firms and Wall Street speculators, bankrupting American refiners in the process, will make that laudable goal impossible to achieve.

Thankfully, members of Congress are working with EPA Administrator Scott Pruitt and the rest of the White House on viable solutions.

Sen. Ted Cruz, Texas Republican, is advocating to cap the cost of RINs credits at 10 cents each. This ceiling makes sense because if the Renewable Fuel Standard is to exist at all, the government should at least make it less of a Wall Street investment tool and more geared toward the policy’s original, intended objectives.

Others have proposed allowing exported biofuels mixes to count toward the government’s RINs compliance system. The current RFS setup not only favors imports; it also discourages American exports by not permitting US biofuel mixes purchased by foreign companies to receive RINs credits. Estimates say that reversing this restriction would reduce America’s trade deficit, increasing exports by $1.2 billion and generating more than 26,000 new American jobs.

Repeal of the RFS should be the ultimate goal, but any feasible compromise effort that gets us some of the way there should be embraced with open arms. The policies put in place by the past two administrations have wiped away far too many manufacturing jobs. It is up to this one, which championed the “forgotten men and women” of rural America on the campaign trail, to save them from further elimination.

Failure to do so will lead to even more of the American refining industry disappearing, while the industries overseas continue to increase in size and scope. This policy is the antithesis of American energy dominance, and it must stop now before it is too late.