* Islamabad tells Kabul instead of blame game, both sides must engage in concrete cooperation 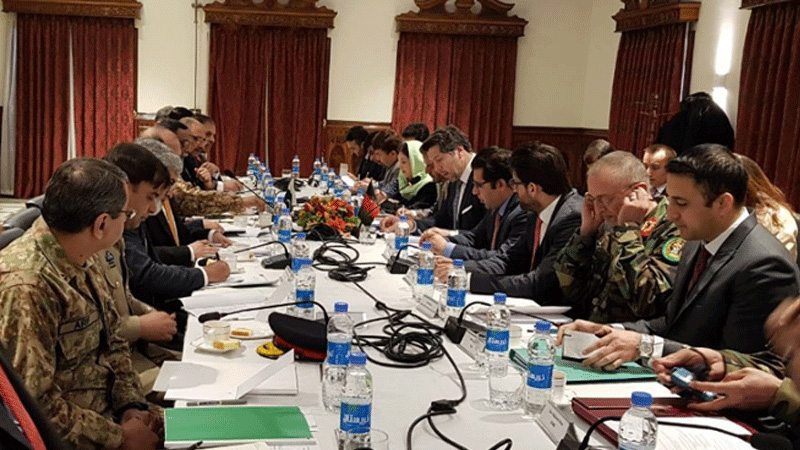 Foreign Secretary Tehmina Janjua floated the proposal in talks between senior officials of the two countries in Kabul that were held days after Taliban claimed responsibility for deadly attacks on Jan 27 and Jan 20 which killed nearly 125 people and injured over 200 others.

“The foreign secretary has explained that instead of blame game, both sides should engage in concrete cooperation,” the spokesman said.

The meeting of the joint working group was the first to formalise the process of bilateral dialogue on key issues. “Pakistan also urged the Afghan government to take action against anti-Pakistan terrorists. Pakistan emphasised the need for strengthening border management on the Afghan side,” the spokesman said.

According to a joint statement issued in Islamabad and Kabul, the meeting was held in a ‘cordial’ environment and both delegations made some progress on the Afghanistan-Pakistan Action Plan for Peace and Solidarity (APAPPS).

“There are still important areas to be discussed and agree upon, and both sides remain committed to continue their discussions to reach an agreement on the APAPPS,” the statement said. The next meeting will take place on February 9 and 10 in Islamabad. The high-level Pakistani delegation comprising senior civilian and military officials held discussions with their Afghan counterparts led by Deputy Foreign Minister Hekmat Khalil Karzai.

Dr Faisal had earlier said that Pakistan proposed formulation of five working groups for ensuring comprehensive engagement in the areas of counter-terrorism, intelligence sharing, military, economy, trade and transit interaction, repatriation of refugees and connectivity. Pakistani and Afghan officials held talks in Kabul just three days after Afghan Interior Minister Wais Ahmad Barmak and Intelligence Chief Masoom Stanekzai visited Pakistani following the recent attacks in Kabul. Afghan officials blamed the Haqqani Network for the attacks, which they allege operate from Pakistani soil, the charges rejected by Pakistan. The spokesman had confirmed on Friday that the Afghan representatives have shared information with Pakistani officials during the recent visit. “We will look into it and revert soon. Let me reiterate that there are no sanctuaries or any organised presence of terrorist safe havens in Pakistan,” Faisal had said at his weekly briefing. “During the recent visit of the incoming Afghan delegation, both sides agreed to strengthen bilateral engagement and counter-terrorism cooperation,” he had said.