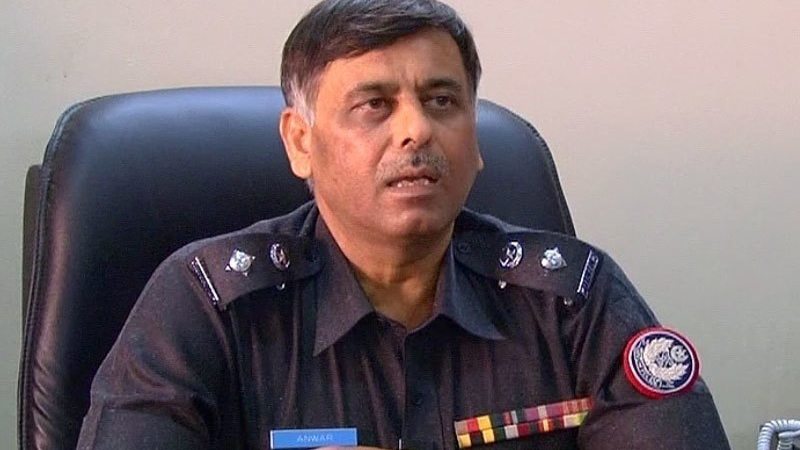 The Sindh government failed to suspend the influential officer despite clear recommendations of the Sindh Inspector General of Police (IGP) Allah Dino Khowaja asking Sindh chief secretary to suspend SSP Rao Anwar in a letter wrote on January 20, however, the chief minister Sindh Syed Murad Ali Shah on Monday approved the summary about the suspension of SSP Rao Anwar and SP Altaf Malik after the Sindh chief secretary moved suspension summary to him.

“With the approval of chief minister Sindh, the services of the two provincial police officers BS-18 former District Malir SSP Anwar Ahmed Khan and former District Malir Investigations SP Muhammad Altaf Sarwar Malik are hereby placed under suspension, with immediate effect. The headquarter of these police officers during the period of their suspension, shall be at Central Police Office, Sindh, Karachi. They shall draw pay and allowances, during the period of their suspension as admissible under the rules,” reads a notification issued by chief secretary Sindh Rizwan Memon.

The Supreme Court had taken suo motu notice of the killing of Mehsud in a police encounter allegedly led by Anwar after the incident sparked outrage across the country. An inquiry report in the high-profile alleged encounter of Naqeebullah submitted to the apex court had revealed that it was a “coordinated fake encounter”.

Although the apex court on Saturday had ordered the Sindh police to ensure the arrest of former SSP Malir within three days after he failed to appear before the apex court which headed by Chief Justice Mian Saqib Nisar and comprising Justice Faisal Arab and Justice Gulzar Ahmed is hearing suo motu case of Naqeebullah Mehsud’s alleged extrajudicial killing, however, the Karachi police remained fail to arrest him despite the police had made every effort to arrest SSP Rao Anwar who was is Islamabad before a case was lodged against him. Suspecting SSP Anwar’s presence in Punjab and Khyber Pakhtunkhwa, four police teams on Monday were sent to Punjab and Khyber Pakhtunkhwa (two to Punjab and two to K-P) for arresting the former SSP Malir Rao Anwar over the alleged extrajudicial killing of Naseemullah while the IGP Sindh has already sought assistance from intelligence agencies to arrest Anwar in connection with his alleged involvement in the extrajudicial killing of Naqeebullah Mehsud.

Meanwhile, a high level meeting of the Counter-Terrorism Department’s officials headed by CTD chief Sanaullah Abbasi was also held on Monday to review the ongoing progress ahead of the high profile cases, particularly the extrajudicial killing of Naseemullah. The meeting reviewed the ongoing progress ahead of the killing of the Naseemullah in a coordinated encounter and also reviewed the progress of the police special teams formed to arrest the SSP Rao Anwar. “The meeting was held in light of the apex committee orders where the officials discussed the ongoing progress in the high profile cases, particularly of Naseemullah Mehsud killing in a fake encounter,” said Sanaullah Abbasi while talking to the media after holding a meeting.

On the other hand, Pashtun Qaumi Grand Jirga held at Sohrab Goth by Mehsud tribes following the extrajudicial killing of Naseemullah was continued on the 9thconsecutive day where the Jirga committee has been received about 500 complaints about the missing persons and those killed in fake encounters, however, the Jirga committee has vowed to approach the court of all the innocent people who have been killed in fake encounter or remained on missing.

Naseemullah was killed along with three others during an alleged encounter with the Shah Latif police on January 13 at Shah Latif Town. Following the encounter, SSP Anwar had claimed that those killed were the militants of Tehreek-e-Taliban Pakistan and Islamic State with criminal records, however, the inquiry committee did not find any criminal record of all the four suspected militants including Naseemullah. A five member investigation team headed by Additional IG Sindh Aftab Pathan has been assigned a task by IGP Sindh for the arrest of the SSP Anwar who is remained on hiding.