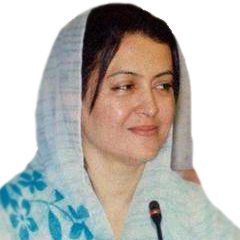 Imran Khan and the undemocratic mind-set

In its quest for democracy, Pakistan has undergone a laborious political journey with military punctuating its short and occasional democratic periods with coups and long seizure of power.

The long periods of dictatorial obscurantism have indoctrinated the minds of political leaders such as Imran Khan. The development of major political parties and leaders as major democratic force has been marred by dictatorship.

Mr Khan — being one of them — has time and again has not only undermined the efforts of Pakistan’s founding fathers but also insulted the martyrdom of those who laid their lives for the restoration of democracy in the country.

Parliament is the heart of democracy: It represents the will and aspirations of masses. By ridiculing the parliament, Khan has disrespected the people it represents.

Cursing the parliament while also being part of it has exposed the double standards of the PTI chief.

Before uttering such strong and hateful words, Khan should have kept in his mind that he, along with his 31 MNAs, is part of the same institution.

The fascistic and anti-democracy mentality of the PTI Chairman is reflective of his patronage for the dictatorial regime in the past.

When the stifled democracy needed political leaders to stand for it against the autocratic tendencies of Pervez Musharraf’s dictatorship, history is witness to the fact that Imran Khan was on the side of the dictator.

The role played by dictators is being repeated by Khan; dictators dissolved the assemblies, Mr Khan is trying hard to interrupt the democratic continuity by demanding early dissolution of democratically-elected assemblies. Dictators did not respect the sanctity of parliament; the words uttered by Mr Khan for the Parliament speak volumes about the respect for the supreme institution of the country in the heart of Mr Khan.

Parliament is the heart of democracy: It represents the will and aspirations of the masses. By ridiculing the parliament, Khan has disrespected the people it represents

Pakistan Peoples’ Party has always remained ahead of all other parties in fighting against dictators and establishment of democracy and same was the case in 2007 when people of Pakistan stood with Mohtarma Benazir Bhutto in reviving democracy. But Mr Khan was reluctant to step up for revival of democracy by boycotting the 2008 elections. However, Mohtarma Benazir Bhutto was given threats. . But yet, she returned to Pakistan and sacrificed her life to restore democratic system in the country and to let Parliament achieve its supremacy. But, sadly, leaders like Mr. Imran Khan who are new to politics curse the parliament because they are unaware of the power of democracy which was rightly presented by Shaheed Mohtarma Benazir Bhutto in her slogan, “Democracy is the best revenge”.

Human mind may forget but chronicles of history record everything and the name of political leader who was nominated as their representative by Tehreek-e-Taliban Pakistan (TTP) is still fresh on the pages of history. Mr. Khan could only be said democratic if the definition of democracy is changed because his name being nominated by TTP was in no way representation of the people who lost their near and dear ones in fighting against the terrorists. Mr Khan was busy in derailing the democratic system when the sad incident of Army Public School occurred; and that very organization claimed the responsibility who had nominated Mr Khan as their representative. Democracy is focused on the welfare of people but regrettably Mr Khan’s definition seems to be different- focused on cursing the will of people.

These are merely few examples which demand PTI Chief for introspection for the wrong decisions he made in the past. He is heading the third-largest party in the National Assembly, therefore, it does not behove him to give such statements for the people-elected parliament. Imran should reflect upon the lives-lost, people suffered jails and sacrifices made in this arduous journey of attaining the supremacy of the parliament. He should at least peep into the history of undemocratic nations, which troubled the generations, destroyed hopes of young souls and created hurdles in the nations’ way towards becoming a developed and civilised country.

Thus, Imran Khan should not only take his words back, but also apologise to the nation for cursing the parliament. It is democracy which can ensure the freedom, equality, rule of law and prosperity of the country and nation as it is said “the worst democracy is better than dictatorship.”