No military solution to the Afghan quagmire

The Stockholm syndrome is not specific to individuals only. A nation can also fall prey to it as well. That is truer for a country which has just thrived on foreign money or plundering neighbours. Afghanistan is a textbook case of a nation living on foreign largesse and doing anything their masters wish. Centuries have passed by watching this behaviour of the Afghan people. Their only other source of income has again not been very glamorous: narcotics production is not something to be proud of.

The Afghan President has recently spoken to a foreign journalist and displayed the Stockholm syndrome. He was quoted to have said that ANA (Afghan National Army) would collapse in six months’ time if the USA left Afghanistan. Whom does he think he is addressing to? The Afghans don’t tire of self-boasting and bragging to be the ‘toughest’ fighters and ‘freedom’ lovers. And yet, their President is trying to woo the Americans to stay in Afghanistan for some more time and throw some more dollars. Strange for all the chest thumping of Afghans!

President Ashraf Ghani has been grossly optimistic about six months’ time since all independent observers of the Afghan affairs conclude that Afghanistan’s security apparatus is in no shape to take responsibility of providing security to the Afghan people. The reason for this incompetence is not very hard to find. An ordinary Afghan is a brave and sturdy person. He can transform to be an excellent soldier par excellence. But rampant corruption, nepotism and poor standards of leadership in ANA have made it a laughing stock of the world.

It is no surprise then that the US administration is feeling the heat. In latest audit report of SIGAR (Special Inspector General on Afghan Reconstruction) auditor John Spoko has been extremely critical of the Afghan administration in general and their defence and security apparatus in particular. He lamented publicly saying, “It appears insurgents are at the end of our supply chain”. These remarks were a reference to reports emerging in international media outlets that Afghan generals and senior officers had been selling weapons, food and fuel to the Taliban for money and bribes. A starving and under-equipped army cannot be expected to do any better than what it is doing.

This hurts the Afghan security in many ways. The US assistance which is destined for operational needs of the Afghan army is sold off to the same insurgents against whom it was meant to be used. That leaves the Taliban well stocked and armed, and they don’t need any external supplier of arms and ammunition. Moreover, this sold out stuff doesn’t stop at weapons and fuels but includes rations as well.

Former Afghan president Hamid Karzai had categorically accused the Americans of conspiring with the ISIL. He is not an ordinary ill-informed person. He was the Afghan president from 2001 till 2013. The country transitioned to democracy under his watch. When he says something, it is a serious business. He also alleged that gross human rights violations were carried out by the Afghan and allied forces during his time in the presidential palace and that he had been trying his best to stem these abuses. This is no off the cuff remark by a lowly government official. This is the former president of Afghan republic. 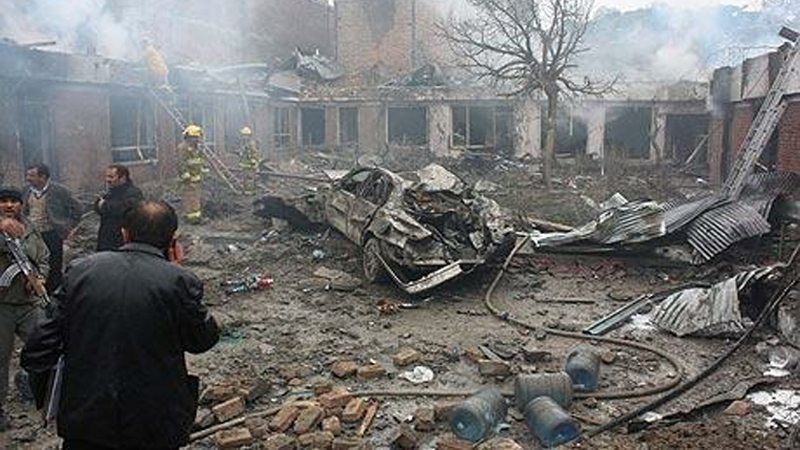 According to Karzai, the Afghan people were sick and tired of the war and wanted to handle their affairs themselves. Why does the USA not grant this wish of Afghan people to them?

The world is its right to ask as to how President Ashraf Ghani expects to gain from the US stay in Afghanistan even after 17 years. If the Afghan security forces have not come up to any worthy standards in 17 years of training by international experts and generous assistance of nearly $65bn, how long would it take for Ashraf Ghani and his team to establish a credible defence and security establishment?

It is time for President Ashraf Ghani to focus inwards for bringing peace to Afghanistan. He must cut down on his favourite pastime of accusing Pakistan of all the ills of his country. He should mean business and demand accountability of his security team. ANA has astronomical desertion rates when compared to any modern national army. The 27 percent of recruits desert within 18 months of joining the force. These desertions are accentuated by poor leadership, corrupt generals, and mounting casualties due to inadequate training and lack of equipment. The US auditors had identified nearly 23,500 ‘ghost’ soldiers in the Afghan army. These ghost soldiers were drawing regular salaries and benefits but were not available when it came to fighting. After the performance audit reports were made public, the Afghan authorities came under pressure and started to put their own house to some degree. The Afghan soldiers and officers, visiting the USA for training are the highest in numbers of deserters (nearly 47 percent) seeking asylum in the USA.

The Afghans were left aghast when they saw the defence and interior ministers received a vote of confidence from the parliament after the attack on the army hospital which killed over 65 persons. Although the parliament grilled the ministers, both of them managed to retain their jobs. With such accountability, the Afghans can never expect any semblance of good governance.

Pakistan has been telling the Americans and Afghans for ten years that current manning level of Afghan security forces is impossible to sustain with the Afghan economy. All those rational and logical words had been falling on deaf ears. Peace can return to Afghanistan if there is apolitical strategy for the country. Military strategy alone has not worked in Afghanistan in last 17 years and will not succeed in next 17 years either.

The writer has served the Pakistan Army as Brigadier