Let Asia be for Asians

Pakistan should make sure that in the fight between superpowers, its own the economic interests are not comprised 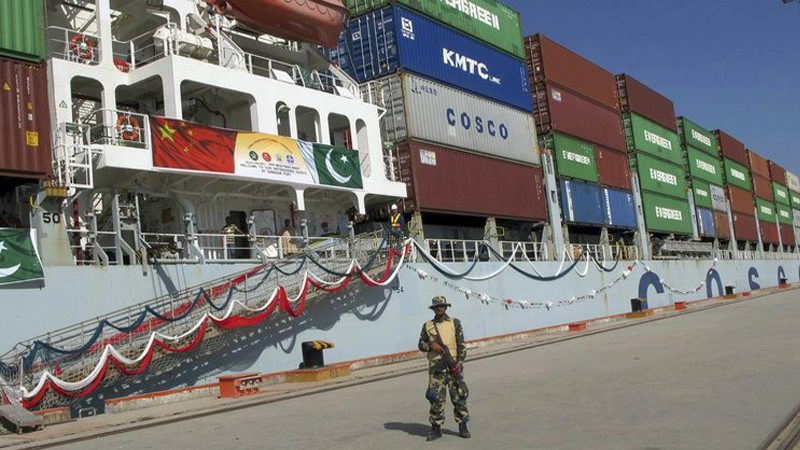 The geopolitical shifts which have come about as a result of rising China, eager India, confident Japan and the ‘mighty’ US have created several power imbalances in Asia. The peace and prosperity of this region in particular and the world at large is dependent on relations between these powers. For a long time, Asia and its sub-regions have been changing fundamentally. One of the major elements defining the power dynamics of Asia is the China Pakistan Economic Corridor (CPEC). The project, which falls under Xi Jinping’s One Belt One Road (OBOR) initiative, is a well thought out component of several collaborative initiatives that will not only determine economic and strategic connectedness between China and Pakistan but will also integrate the various Asian sub-regions. The mega component will have such implications that would change the political and economic potential of Asia. It will initiate new routes, reinforce regional connections and emancipate the region to stand on its own rather than depending on the west.

As mentioned in the US National Security Strategy, President Donald Trump and his administration see China as a competitor that challenges US power, interests and influence

As a frontline state of CPEC Pakistan holds a significant position in Asia. As now, the country stands at the crossroads of regional and international dynamics. The geo-strategic significance of Pakistan is apparent from the reality that it is bordered by economic giants like India and China on one hand and on the other hand, by states which have abundant natural resources like Afghanistan and Iran. Pakistan lies between the US-NATO war on terror in Afghanistan, hegemonic Indian claims on certain so called disputed areas, a revived Russia which is of late becoming influential in South Asian politics and China, which is finding space in the region both economically and strategically.

CPEC is perceived to be a vital bridge in bilateral relations between Pakistan and China. CPEC would strengthen Pakistan’s economy and will enhance its regional political position. However, it has become a nightmare for some regional and extra regional elements including the USA, India and to some extent Afghanistan. Maintaining the historic desire of establishing its dominance in the South Asia, its arch rival India cannot tolerate a strengthened economy in Pakistan. India realises that Pakistan will move towards self-reliance due to completion of this initiative and is therefore misleading the world by selling a narrative that CPEC violates Indian claims to disputed territory. Ceasefire violations along LOC indicate this Indian frustration. India fears that the changing balance of power will restrict Indian sway in the region. Another reason for not accepting the CPEC is that India is failing miserably in its plan to isolate Pakistan internationally because many countries including Russia, Iran, Saudi Arabia and Turkey are interested in joining this economic corridor.

In the contemporary scenario, the Unites States of America remains cautious about the rise of any power that can impact strategic and regional politics in Asia. As mentioned in the US National Security Strategy (NSS), President Donald Trump and his administration see China as a competitor that challenges US power, interests and influence. Preserving a footprint in the Asian region is a part of America’s strategy. China’s increasing geopolitical confidence has been consistent in the past few decades. Therefore, the US Administration now views China as a threat to its dominance. USA realises that CPEC may have significant strategic and political effects on the America’s strategy about the region.

For a landlocked state like Afghanistan, CPEC is of fundamental significance in geo strategic context. With the expansion of CPEC to Afghanistan, the state can turn into a noteworthy recipient and beneficiary of this mega component which will improve economic conditions of the country and will bring the weak Afghan economy back to regularity. But, instability in Afghanistan will generate instability in the region and has the potential to sabotage CPEC. In Afghanistan, India is trying to create its own impact by massively investing in the country by taking part in infrastructure development. The strategy behind India’s objectives is to isolate Pakistan from the western side of the border, this is because from the western side, Pakistan has immense trade opportunities which could bring about economic uplift.

Moreover India is using Afghan soil to sponsor terrorism in Pakistan and especially in Balochistan. The Afghan government remains convinced that India is aiding Afghanistan in infra-structure development, but in truth India gains nothing from a stable Afghanistan. But lets not forget, one of the prime interests of India is to destabilise Pakistan. An unstable Afghanistan is in favor of India because under cover activities from Afghanistan can be well operated. On one hand, India gets easy access to inaugurate terror attacks in Pakistan and on the other hand, blame of instability in Afghanistan can be put on Pakistan. An unstable Afghanistan and Pakistan are not beneficial for the region at all and particularly for CPEC. The aim of this covert war is to reduce the attractiveness of CPEC to the international world.  This thinking reflects that when large scale terror incidents and instability in Pakistan will catch attention of global world and media, speculations and economic loss will start emerging.

Pakistan must come to terms with the ground realities and through diplomacy, Pakistan must incorporate a well-balanced strategy in its foreign policies towards the West and China. Pakistan should make sure that in the fight between superpowers, the economic interests of Pakistan must not be comprised. Attempts to deescalate tensions on the Eastern and Western border must be made because both sides are significant in the context of national security and economy of Pakistan. Afghanistan holds prominent significance in the geo strategic landscape of both Pakistan and China. Peace and prosperity in Afghanistan is of crucial importance for Pakistan and China. A stable Afghanistan is in interest of Pakistan and the whole region. It is high time that Pakistan and Afghanistan join hands for the economic and strategic advancement generated by CPEC. For this purpose, the administrations of both the countries must sit and stop the usual blame game and must start genuine and significant bilateral discussions.

The strategy must be to make regional actors our partners in CPEC instead of enemies. It is important for the people of this region to run regional affairs at their own. Asia for Asians must be a vision of future and the US and the regional countries must appreciate the collaborative development of the region and must accept the fact that Asia is for Asians.

The writer is researcher