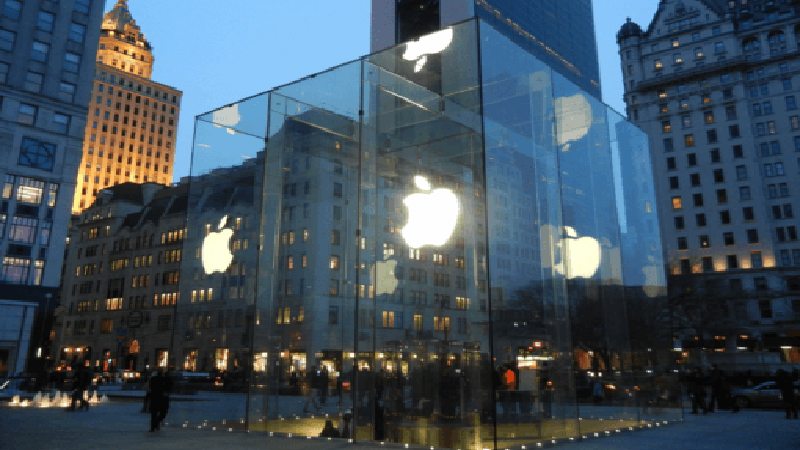 We all know about the skills shortage. Many employers can’t find workers with the necessary skills. For example, the NYT can’t find columnists who understand economics, so they had to hire Bret Stephens instead.

Mr. Stephens is angry that many people won’t join him in celebrating the decision by Apple and other big companies to repatriate foreign earnings back to the United States. He tells readers in his column, “Clueless Versus Trump”:

“Apple’s announcement on Wednesday that it will repatriate most of the estimated $274 billion that it holds in offshore earnings is great news for the United States. Uncle Sam will get a one-time $38 billion tax payment. The company promises to add 20,000 jobs to its US work force, a 24 percent increase, and build a new campus. Another $5 billion will go toward a fund for advanced manufacturing in America.

There is some real world confusion here, most of it on the tax side. The basic point here is that Stephens doesn’t seem to have a clue why the government taxes in the first place. He wants us to celebrate the fact that Apple is paying $38 billion to the Treasury. Wow, are we all rich now?

How would the world be different if Apple still held its money overseas and we had the Fed credit the government with another $38 billion to count against its debt? If Mr. Stephens can see the difference, perhaps he can use another column to tell us, but the reality is the world would be very little different in that scenario.

With this basic fact in our back pockets, let’s think more about Apple’s huge overseas stash. While Apple was not cash constrained in any meaningful way, the opportunity to bring this money back to the US for accounting purposes (in many cases the money is already being held in the US, its ownership is just attributed to a foreign subsidiary) is likely to lead to a round of share buybacks and/or special dividends. This is likely to lead to more consumption by Apple shareholders, with the bulk of this by people who were relatively rich already.

If we get more consumption by rich shareholders, it means increased demand in the economy. That leaves less room for government spending before we start seeing inflation. In other words, if we were concerned that we needed to tax money out of the economy to reduce inflationary pressures, we are likely to see more need for taxation as a result of Apple and other companies repatriating their profits, than if they simply kept the money overseas. That is in spite of the one-time dividend in tax revenue we get in the process.

The rules on taxation of foreign profits were actually doing what we wanted. They were reducing consumption to some extent, even though we were not actually collecting tax revenue.

Okay let’s look at the rest of the story:

“The company promises to add 20,000 jobs to its US work force, a 24 percent increase, and build a new campus. Another $5 billion will go toward a fund for advanced manufacturing in America”

Well, these are all nice promises. What we (including Mr. Stephens) don’t know is how much of this refers to things that Apple would have done otherwise. It may be news to Mr. Stephens, but companies sometimes misrepresent things for public relations purposes. Apple has a really strong incentive to claim that things that it might have done anyhow, like hiring workers and new investment, were the result of the tax cut. This is a way to make people feel better about giving the bulk of a $1.5 trillion tax cut to the richest people in the country.

This is the reason that so many companies have felt the need to make big public announcements about their hiring and investment plans as well as bonuses and pay increases. Companies hire workers, make new investments, and give pay raises all the time. They usually don’t go to such great effort to put on a public display. This is obviously part of a public relations campaign. A more competent columnist would understand this.